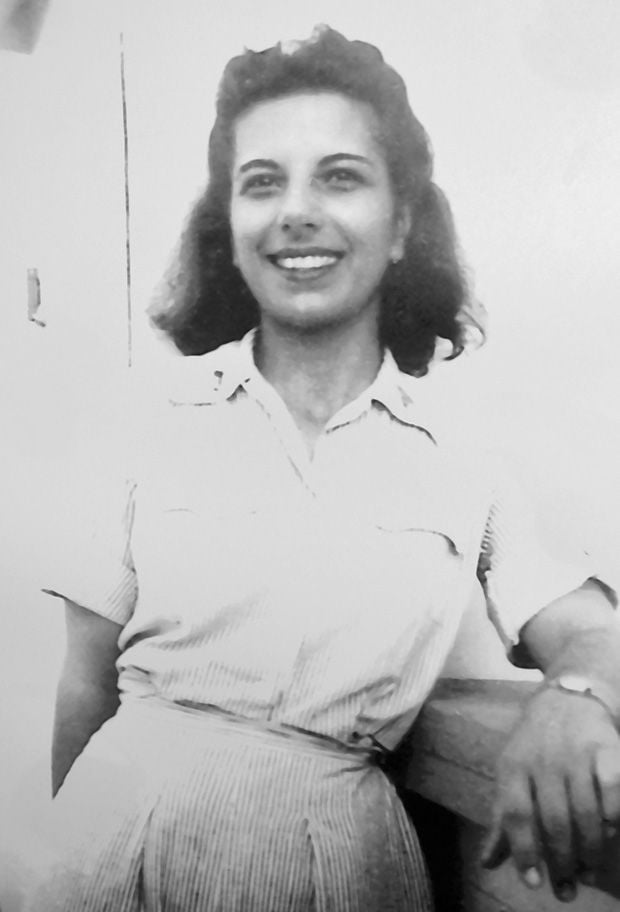 A young Bayuk is pictured during her days as an Army nurse on the hospital ship Thistle. 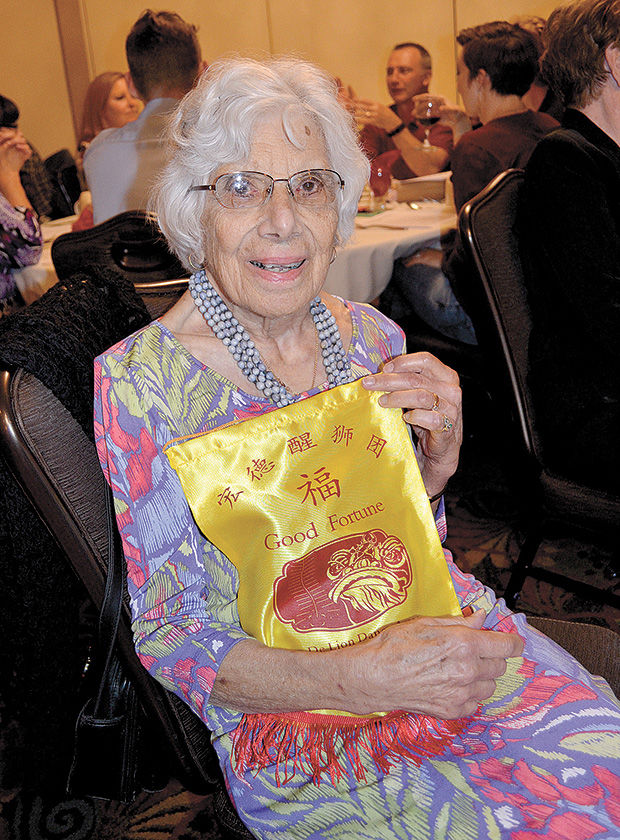 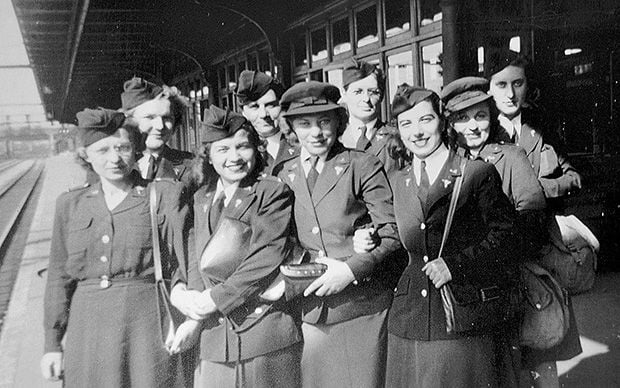 Rose Bayuk, third from right, enlisted in the Army Nurse corps shortly after Pearl Harbor was bombed. She was working in Los Angeles at the time after getting her degree in 1938 from the Khaler School of Nursing in Rochester.

A young Bayuk is pictured during her days as an Army nurse on the hospital ship Thistle.

Rose Bayuk, third from right, enlisted in the Army Nurse corps shortly after Pearl Harbor was bombed. She was working in Los Angeles at the time after getting her degree in 1938 from the Khaler School of Nursing in Rochester.

During her time in the service, Rose Bayuk crossed the Atlantic Ocean 26 times.

The WWII Army nurse worked on a hospital ship called the USAHS Thistle that shuttled troops back and forth to Europe. Return trips carried the casualties of war, filling the ship's 454 beds.

Her memory fully intact, the veteran of the Great War reminisced about those days during her 100th birthday party Nov. 2 at the Best Western Country Inn. Bayuk's son Mark threw the bash for Rose, complete with a Chinese lion dance and a surprise visit from the mayor, who proclaimed Nov. 2 as Rose Bayuk Day in the city of White Bear Lake.

The diminutive centenarian has vivid recollections of her life on the ship and the patients she attended. On one return trip, she was checking on a soldier in a top bunk when a "beautiful young man" in the bunk below tugged at her slacks. "He was calling for his mother," she recalled. "When I turned to him, he died right then and there."

They were both nurses and social workers, Bayuk said. "We listened to their problems as much as we treated their wounds. Many didn't know what they were going back to because they got Dear John letters while overseas."

The hospital ship went to northern Africa, Italy, France and England. It cruised without escort, carried no fire power and was "lit up like a Christmas tree at night," Bayuk said. The ship, like other medical carriers, was considered neutral and never attacked.

"We saw periscopes around us and distant bombing that turned the sky red, but I was never frightened," Bayuk recalled. "We just did our job. There was nothing else to do. All we had for entertainment was a little room with chairs and a radio."

After the war, Bayuk returned to her hometown of Buhl, Minnesota, and married Edward Bayuk in 1947. He had served in the South Pacific and was the Eveleth city clerk at the time. They moved to White Bear Lake in 1955 after Ed got a job as city manager; all due to his fortuitous stop at Benny's barbershop on Washington Square.

Rose told the story of how she and her late husband wound up in White Bear Lake:

"Ed was on his way to a job interview in Duluth when he decided to get a haircut. He stopped at the downtown barbershop. Benny knew everything. He asked Ed what he was doing in town and Ed said he was on his way north to interview for a city manager's job. Benny told Ed White Bear Lake was looking for a city manager. Ed didn't know anyone in town and he didn't have relatives in town so they said, 'let's hire him; he doesn't know anybody.'"

Rose has stories, too, about being the city manager's wife. One time she and Ed were eating dinner at 6 p.m. when their phone rang. "The man wanted to talk to Ed. I told him we were eating dinner. He said 'What? Only peasants eat dinner at this hour.'"

Then there was the time the city's water service was disrupted and a resident brought over his dirty dishes. "We had the same problem with our water so I don't know what they thought we could do,'" Rose said. "Ed invited him in but told him to leave his dishes outside."

Bayuk still lives in the same house on Fourth Street she shared with her husband, who died in 1999.

Longtime residents may remember her as Dr. Robert Reif's nurse. She worked for the late physician for 15 years until he closed his office to become medical director of St. John's hospital.

Mayor Jo Emerson has known Rose at least a dozen years and describes her as the "consummate hostess."

"She's a mind blower; so gracious and kind. She makes everyone feel welcome," Emerson said.

The remarkable 100-year-old still holds dinner parties for eight almost weekly and does all the cooking. She still plays bridge in four different clubs, including her church group, St. Mary of the Lake. She's been a member of the White Bear Lake Women's Club since 1956 and continues to be a voracious reader of newspapers and magazines. Her favorite reading materials are recipes and cookbooks.

Son Mark, a '67 White Bear grad, returned from the Far East in 2007 after a long career with the foreign service to assist his mother. "She called me one day and said, 'you know, I'm not getting any younger.' It turned out to be good for both of us," he said.

Mark said he asked his mother the secret to becoming a centenarian. "She didn't answer, but I know what it is. She has a mantra that she sometimes recites: 'I serve you before I serve myself.' She does that with everything in her life. That is her secret to a long life."

Bayuk's health is good — she's been spared hip and knee replacements and is mobile, but no longer drives. Rose wastes little energy dwelling on the past but maintains a positive attitude that Mark calls "forward looking."

"She is very active socially and very involved in the world around her," he said. "And she doesn't care about pomp and circumstance. Rose has constant energy and is usually in charge of everything. I get tired watching her!"

Bayuk chuckled when she recalled an acquaintance seeing her on the street last year. "She said, 'Rose, are you still here? Did God forget you?'"

Apparently He did. We asked Bayuk if she thought she’d live this long? Without hesitation, she answered, “Yes I did.”

8%: Homes with a telephone