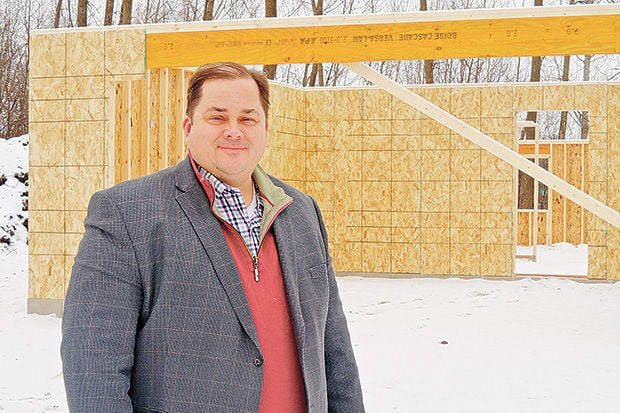 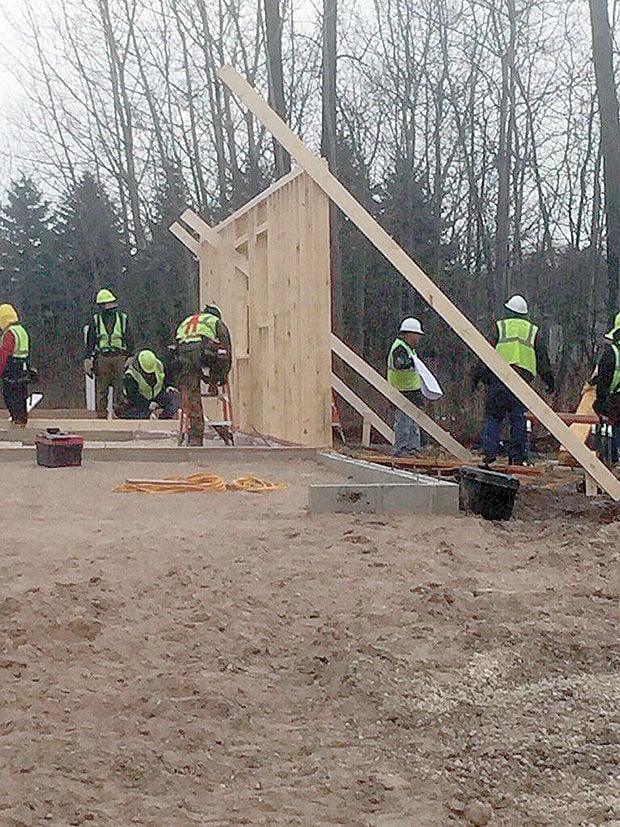 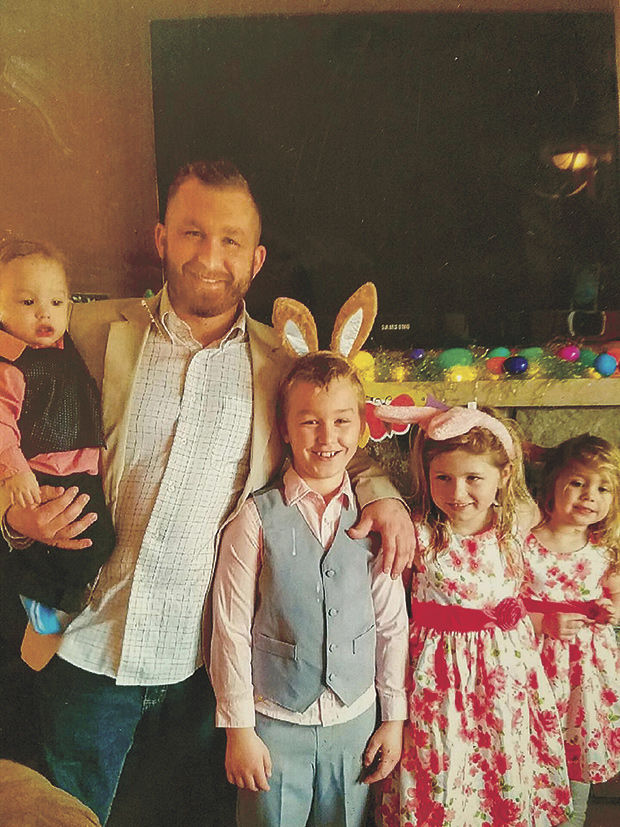 Dan Hanson, a Marine Corps vet, and his four children were the recipient tenants of Veterans Journey Home’s newest house in Shoreview. They moved into the house on Lake Owasso in July.

Dan Hanson, a Marine Corps vet, and his four children were the recipient tenants of Veterans Journey Home’s newest house in Shoreview. They moved into the house on Lake Owasso in July.

VADNAIS HEIGHTS — A “veterans village” under construction on the corner of Arcade Street and Garceau Lane is the dream of Ramsey County Commissioner Blake Huffman, who was inspired to start an affordable housing nonprofit after hearing a message from U2’s Bono at his church.

When Huffman isn't busy doing what commissioners do, he spends his time finding homes for wounded veterans and victims of domestic violence.

His affordable housing nonprofit, Journey Home, was founded in 2008. Over the last eight years, 39 houses have been dedicated to veterans and women coming out of domestic violence shelters across four metro counties, including homes in Shoreview, White Bear Lake, Circle Pines, Lexington and Linwood.

Each night, 200 people have a better place to stay than they might have had otherwise.

The “veterans village” in Vadnais Heights is the city's first project and will consist of one single-family home and one duplex.

Huffman wanted to help women transition from life in domestic violence shelters to life back in the real world.

He also wanted to honor the nation’s military heroes who often find themselves struggling to find their way back in the U.S.

“They have sacrificed for our safety and security and now we sacrifice ever so slightly to give them security,” Huffman said about Journey Home and its many donors.

Journey Home is privately funded and receives no government funding.

Some of its donations are in-kind. The Home Depot Foundation has contributed materials. St. Paul College’s carpentry and cabinetry class is currently working on the “veterans village” in Vadnais Heights.

Huffman also works with contractors to make the houses “green” and “energy efficient.” One of his houses in Shoreview received a “green award.”

Huffman is the only full-time employee at his nonprofit. He has one part-time staff and a contractor he works with regularly.

Huffman retired this year from a home mortgage career at Wells Fargo in order to dedicate more time to Journey Home.

“It’s the funnest thing in the world,” Huffman said.

The land for the Vadnais Heights homes was previously vacant city-owned property left over from a road construction project in the ’90s, said City Administrator Kevin Watson. Big developers weren’t really interested in the land.

Journey Home purchased it from the city with a deal that the $75,000 would be paid back in five years, Watson noted. As soon as the construction is finished, Journey Home will give back to the city through property taxes.

When Huffman considers projects, he plans them to be “win-win situations” — for cities, neighbors and families.

Before the Vadnais Heights project received its final approval from the city, several neighbors expressed concern about the density of the proposed units — and Huffman reduced the density from six to three units without any fuss, he said. He wants the affordable housing units to be good for everyone involved.

Tom Colgan, executive vice president at F&M Bank in Vadnais Heights, said the bank is the lender for the project and has previously financed several Journey Home houses.

“They have been doing great things for our community,” Colgan said. “It is a great opportunity for us to put our money back in the community.”

When the Press called Colgan, he said he had just driven by the houses that day to check out the progress.

Huffman intentionally looks for diverse veterans who need a hand when considering who will rent the homes — and perhaps eventually buy them from Journey Home. Five of Huffman’s 39 houses have been purchased by tenants. He works with veterans organizations to find the tenants.

In the Vadnais Heights “veterans village,” Huffman plans to house at least one veteran of color and one female veteran in the three units.

‘All the difference in the world’

Another Veterans Journey Home house was finished in Shoreview this summer, overlooking Lake Owasso. A veteran moved into the unit with his four children in July.

Dan Hanson, a Marine Corps vet, found himself living in his mom’s house with his four children after a divorce last year. Journey Home provided the stability he needed to get back on his feet.

Hanson works for the Wounded Warrior Project, a veterans service organization, and has a stable income. However, he faced bad credit after PTSD (post-traumatic stress disorder) and the death of his brother by suicide put him on a downward spiral after his military service in Iraq.

“Trying to reintegrate back here in Minnesota, I had a lot of struggles and I made a lot of poor choices,” he said. Once he turned his life around, he was still saddled with debt and bad credit.

Hanson heard about Veterans Journey Home through his work with Wounded Warrior.

“It has just been a huge blessing for me and my kids,” he said. “If you can have a healthy stable house, it makes all the difference in the world.”

Huffman said he was inspired to start Journey Home when he was listening to a message from musician and philanthropist Bono at the Lino Lakes campus of Eagle Brook Church in 2008.

Huffman, a “conservative Republican,” had previously opposed  some affordable housing projects, but while listening to the message from Bono at his church he realized his “political values and faith values were not aligned,” he said.

Huffman hopes to expand Journey Home statewide in 2017. He now promotes a middle-of-the-road approach to politics, as opposed to a “government-do-everything” or a “self-or-else” approach.

“I’m starting or leading a movement that we can help each other out,” he summed up. “I get as much out of it as anybody. It’s just fabulous. It’s fun to be a part of it.”

Huffman, a Shoreview resident, has served as District 1 Ramsey County commissioner since 2013. He was a Shoreview city councilman from 1996 to 2012.

This is so fantastic! Congrats on all the great work, Commissioner Huffman!

Sara Marie Moore missed an opportunity to talk about one more win...the Saint Paul College Crew and their amazing leader Perry Franzen! This program is helping people learn important and needed skills in an industry that is hurting for skilled labor. Another "win" for students, the trades and our future work force.

Well done Commissioner Blake Huffman! What a great program for veterans as well as the for teaching our youth valuable life skills!

Two years later and the property is an overgrown blight. Please come back and keep the promises made to the neighborhood prior to building.