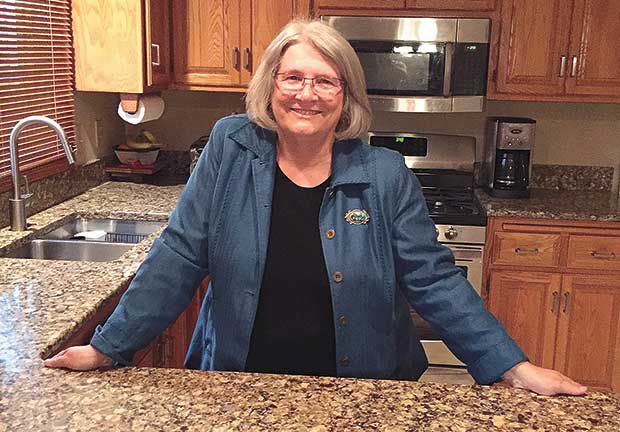 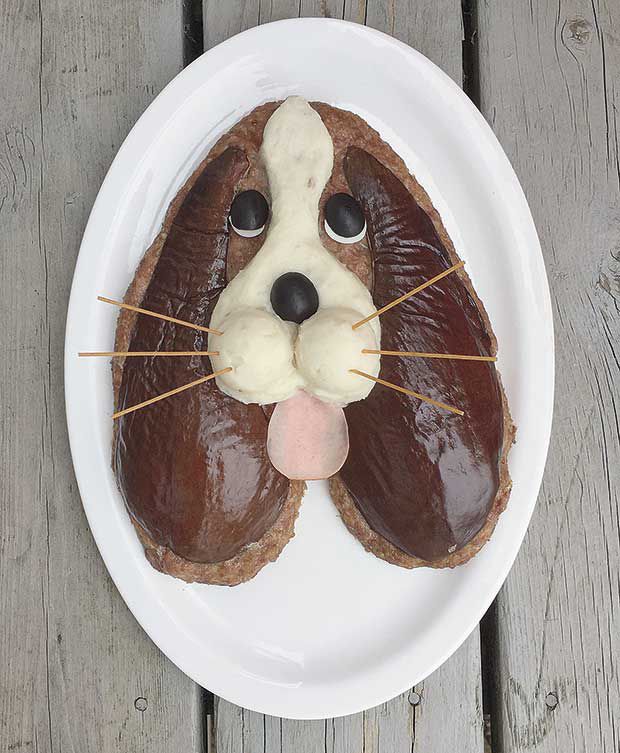 A dog-shaped meatloaf incorporates eggplants for the ears and mashed potatoes for the nose and mouth. 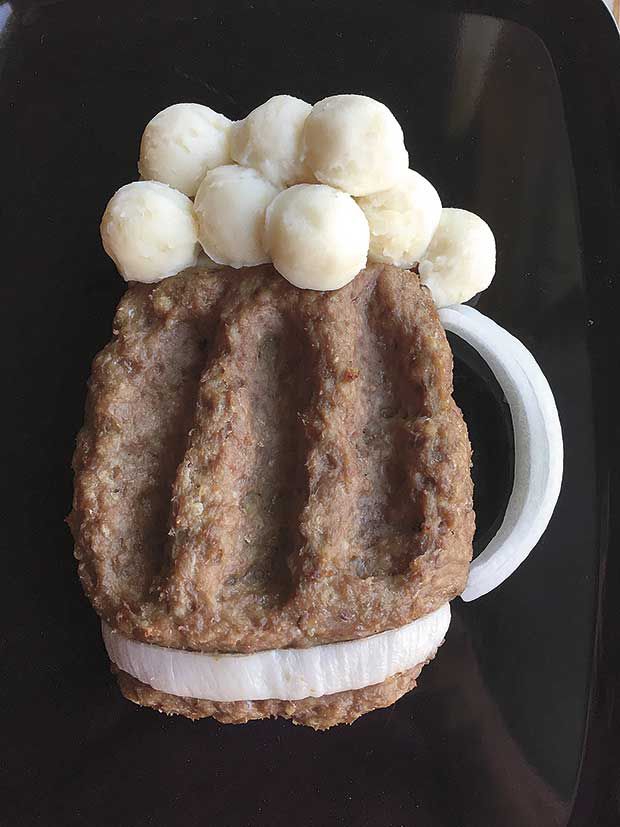 This meatloaf imitates a frosty mug of beer, completed with mashed potato “foam” at the top. 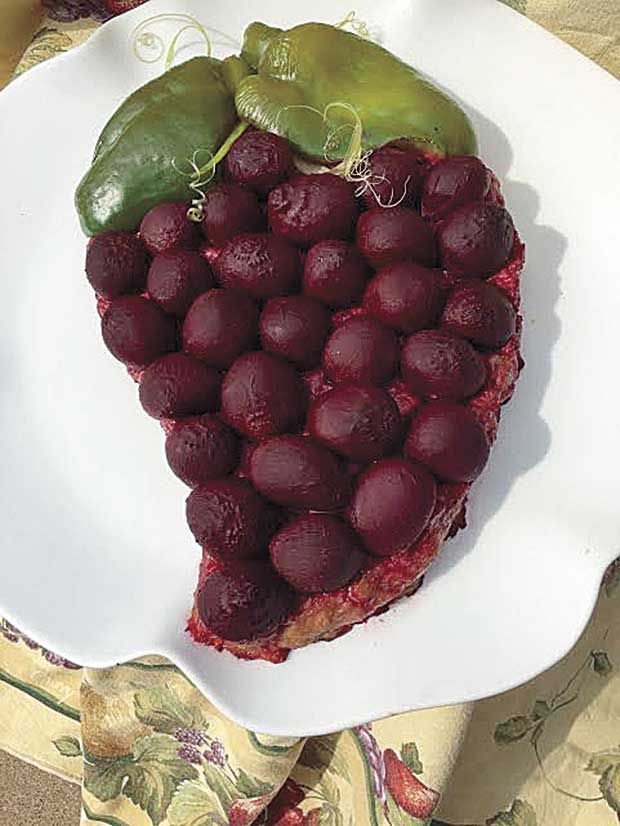 Peppers imitate the appearance of the stem on a bunch of grapes on this meatloaf. 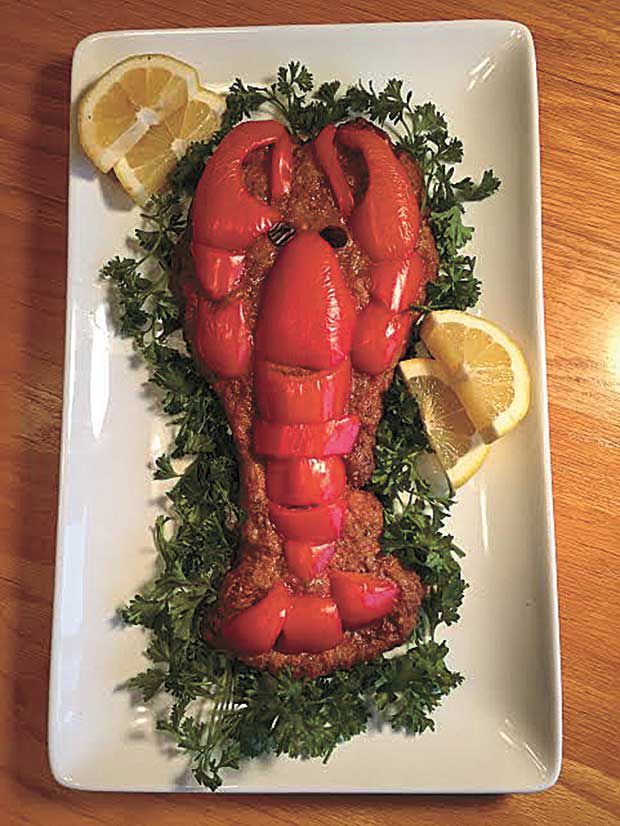 This lobster dinner isn’t quite what it seems...but with a lemon garnish on a bed of greens, meatloaf has never looked so good! 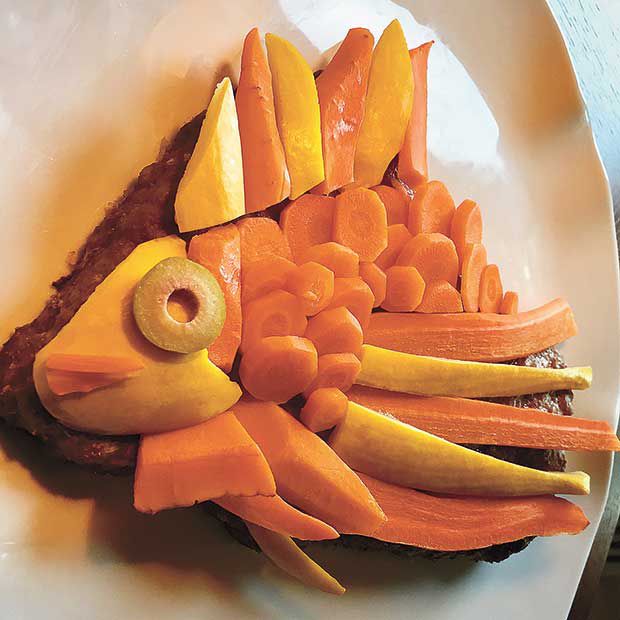 A ‘fish’ dinner is really meatloaf and veggies.

A dog-shaped meatloaf incorporates eggplants for the ears and mashed potatoes for the nose and mouth.

This meatloaf imitates a frosty mug of beer, completed with mashed potato “foam” at the top.

Peppers imitate the appearance of the stem on a bunch of grapes on this meatloaf.

This lobster dinner isn’t quite what it seems...but with a lemon garnish on a bed of greens, meatloaf has never looked so good!

A ‘fish’ dinner is really meatloaf and veggies.

Though Mahtomedi resident Carol Falkowski has been consulted as a nationally known expert on drug abuse, her most recent airtime has to do with her other talent: meatloaf.

Falkowski wrote “Meatloaf Outside the Pan” last year after having stumbled into an unexpected passion one Christmas season.

“A few years ago I was making a Christmas meatloaf, so I just thought, ‘I’ll make it in the shape of a wreath.’ I stuck some beans on there, put some red sauce on, and the rest is history.”

Meatloaf is a common dish in many homes, but Falkowski began to think about how uninventive it was.

“It comes out rectangular shaped,” she said. “All the gravy and ketchup cannot conceal it.”

She began making more meatloaves, experimenting with new designs that incorporated mashed potatoes and other vegetables in the shape of lobsters, pets, buildings, people and even other foods. All of the elements are edible and no food coloring is involved.

“I’ve made hundreds of meatloaves,” she said. “Sometimes I buy it pre-made, but when making it to serve, I do use the same recipe. I put that recipe in the book, but I encourage people to use their own... It’s not about them trying my recipe; it’s about resisting putting it into a rectangle.”

One of her simplest designs is a cake-shaped loaf, “using mashed potatoes as frosting and vegetables as sprinkles,” she said. “It’s a way to really brighten up a dinner table, and still serve a dish everyone likes.”

Everywhere she goes, she sees possibilities for turning her surroundings into a meatloaf design. A road trip to visit her son in Missouri resulted in a loaf shaped like a cob of corn. Another took its inspiration from a tropical fish in a store window.

The book she published includes 30 color photos of her creations, but she estimates she has baked more than 200 loaves. Photos can be found on her website www.outsidethepan.com, where you can also find links to her social media accounts.

When not designing the next meatloaf Mona Lisa, Falkowski draws on a lifetime of experience as a drug abuse epidemiologist to help clients through her business, Drug Abuse Dialogues (www.drugabusedialogues.com). It’s a training and consulting organization about drug abuse. Falkowski is a national expert in the topic, and formerly worked as the director at the Hazelden Foundation and with the State Drug Abuse Agency.

It’s a strange dichotomy, but she’s always enjoyed cooking. In college, she worked part time at a gourmet cooking store. And art is in the family: A sister works professionally as a commercial artist, her father is a potter and her mother does needlepoint.

“I just needed to find my medium!” she laughed.

Falkowski became immersed in social media, which is how her book caught the attention of Rachael Ray. She taped an interview with Ray, which included showing some of her meatloaf designs to the studio audience.

“It’s a great honor to be on there,” Falkowski said. “Meatloaf is fun, and I think it’s time to have more fun in the kitchen and introduce a new generation to the world of meat and vegetables.”

She’s not likely to stop her designs soon – Falkowski sees meatloaf inspiration everywhere, and now is the best time of the year for it. “First frost is meatloaf season opener,” she said.