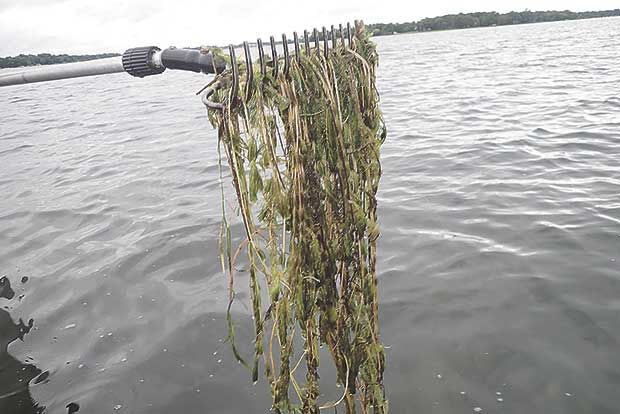 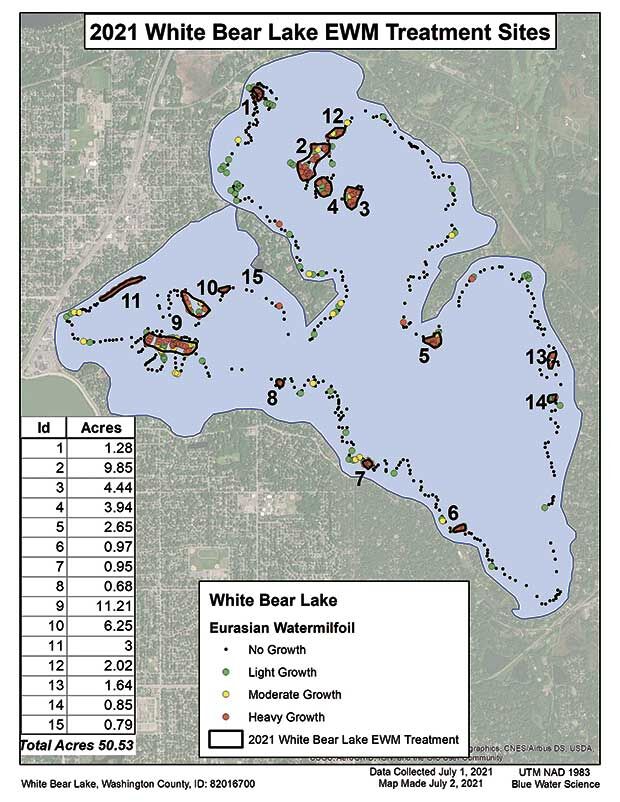 WHITE BEAR LAKE — A search for starry stonewort at three access points on the lake this summer came up empty.

That's good news from the "lake doctor" regarding that particular invasive species, first confirmed in Minnesota in 2015. The plant forms dense mats at the surface of the water that interfere with recreationists, overtake habitat and provide unsuitable shelter, food and nesting habitat for native species.

Every year, aquatics specialist Steve McComas, dubbed the "lake doctor," uses a rake and well-trained eye to search for stonewort, which so far has only been found in the metro in Medicine Lake.

The same cannot be said for another nemesis, Eurasian watermilfoil (EWM), which first appeared near a public dock on the west side of White Bear Lake in 1988. Two acres were treated that year.

Historically, control measures show EWM was aggressively treated from 1991 through 1995 but,  despite efforts, continued to spread around the 2,428-acre lake. From 1996 to 2008, growth was moderate and treatments were less than 20 acres per year. Then from 2009 through 2021, EWM was more abundant and treatment acreages ramped up again. The highest number of treated acres was 126 in 2012.

"Growth mimics lake level, so the increase was likely due to low elevations and clearer water," McComas told members of the White Bear Lake Conservation District (WBLCD) at its Nov. 16 meeting.

This year, 15 areas were recommended for EWM treatment, totaling 50.5 acres.

With help from lake resident and WBLCD board member Mike Parenteau in early July, McComas sampled 780 sites around the lake to find the hot spots. "Abundance was greater compared to 2020, and milfoil was widely distributed," he reported.

Moderate growth can easily lead to heavy growth, so areas with the potential to propagate were targeted for treatment in 2021. At the suggestion of the pair, the herbicide applicator split the lake in half and used two different products to avoid buildup of resistance in the plants. The east side of the lake received trichlopyr and the west side, liquid 2,4-D on July 15.

Water quality is excellent in White Bear Lake, noted the aquatic scientist. Clear water also means more native plant growth, he added. Asked about the potential for toxic blue-green algae, McComas said White Bear Lake has a low concentration of phosphorus and is not at risk.