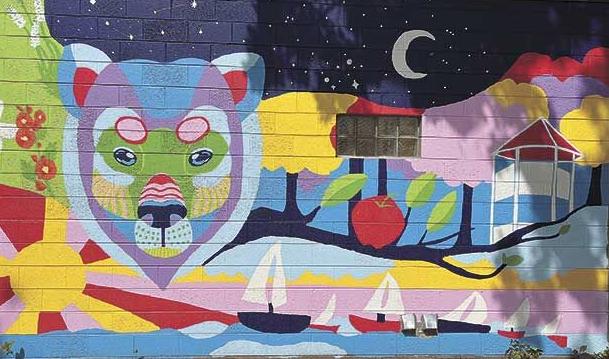 The finished mural is located on the side of Indulge Salon. 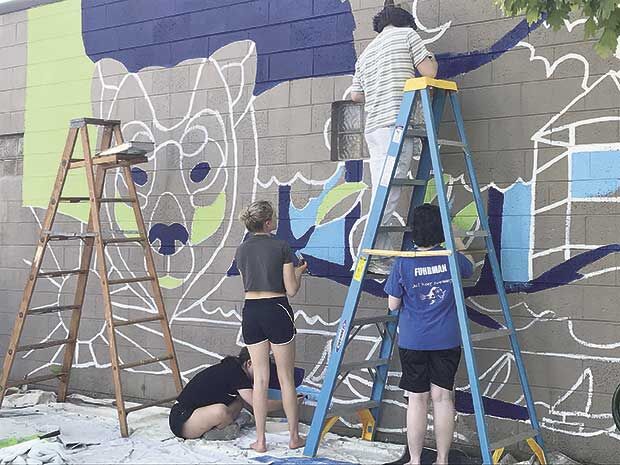 Meg Peterson and her team spent six weeks working on the mural.

The finished mural is located on the side of Indulge Salon.

Meg Peterson and her team spent six weeks working on the mural.

You may have noticed there’s a new pop of color in downtown White Bear Lake.

Meg Peterson, who will be a senior at White Bear Lake Area High School in the fall, has created a mural on the side of Indulge Salon. She hopes the mural will pay homage to the tightly knit community.

“It started as an National Honor Society (NHS) project, but it morphed into something that’s way more of a commitment than a service project,” said Peterson.

The mosaic-style mural depicts different elements of each season and naturally includes a white bear representing the town. Peterson chose to showcase sailing in the summer and native wildflowers to represent the springtime.

Peterson and her crew of high school students began planning the project back in the fall of 2021 to make sure they adhered to the city’s regulations. They also set out to find a location for the mural.

The students decided to select Indulge Salon as the location for their public art. Kim Schoonover, owner of the salon, has wanted to have a mural on her building for some time. She was thrilled to know her wall was about to get a makeover.

“I just love it,” said Schoonover. “You can’t look at it without smiling.”

Schoonover feels that the mural is going to be a bright spot in downtown White Bear Lake.

“I love art, and it’s so nice that people can enjoy free public art,” she said.

The students finally concluded their six-week painting process earlier this month, and Schoonover has planned a small celebration for the students and their families.

Peterson hopes the mural can be celebrated for years to come. “I want it to celebrate the diverse community coming together to be one White Bear,” she said.

In the future, Peterson hopes that other artists will paint murals around town. She has started to document everything she learned in the process of creating the mural so she can pass that information on to other artists.

“The big goal is that it won’t end here. I want other students to keep creating public art,” said Peterson. “I would like to start some organization or a foundation to compile my work for people so we can get a bunch of murals in White Bear Lake. I want people to see it in the future as a way to represent our community.”

With the excitement budding around this mural, Peterson hopes that White Bear Lake can become an even more colorful place to live.

What a great story about building community. Thank you Meg for leading this effort, engaging volunteers, and sharing your creativity. And thank you Kim for making your wall available to a local teen artist.