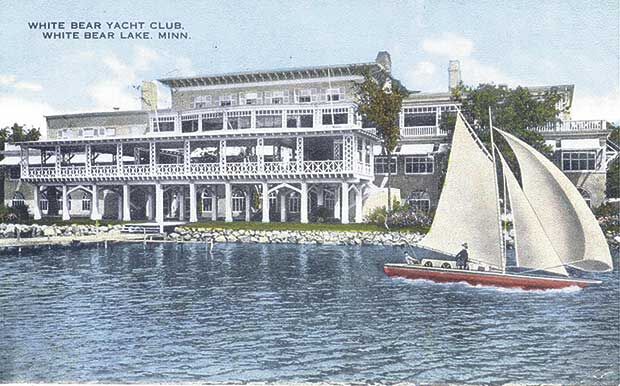 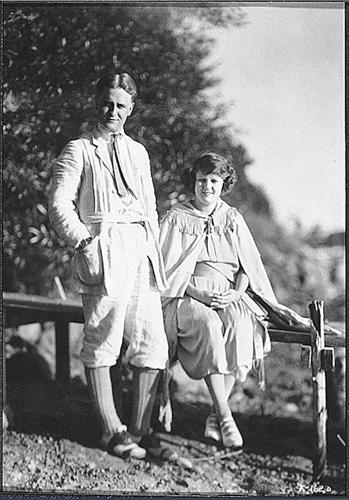 F. Scott Fitzgerald and Zelda spent summers at the White Bear Yacht Club in 1921 and 1922. 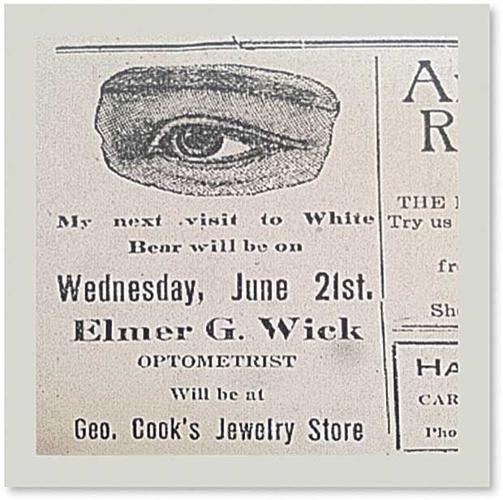 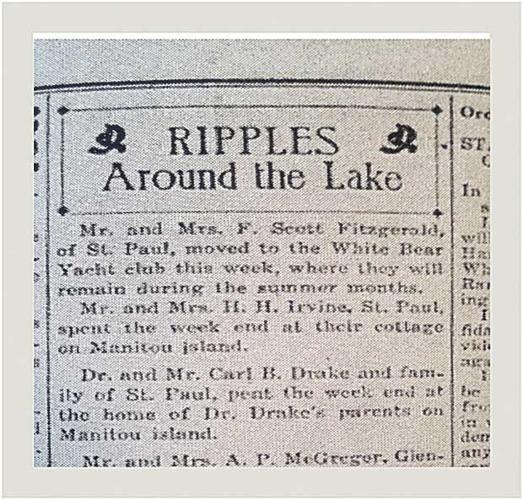 The White Bear Press from 1922 documents the Fitzgeralds time in town.

F. Scott Fitzgerald and Zelda spent summers at the White Bear Yacht Club in 1921 and 1922.

The White Bear Press from 1922 documents the Fitzgeralds time in town.

“This Side of Paradise,” F. Scott Fitzgerald’s first published novel, would likely not have been possible without the summers he spent in White Bear Lake.

The summer of 2022 marks 100 years since the writer and his wife, Zelda, spent a rather memorable summer at the White Bear Yacht Club. However, the town played a much larger role in launching Fitzgerald to the international fame he has today.

It was 1919 when Fitzgerald returned to St. Paul. World War I had ended. His manuscript for “This Side of Paradise” had been rejected twice, and Southern belle Zelda Sayre refused to marry him unless he made something of himself. It’s safe to say the young Fitzgerald was under plenty of pressure.

That summer, Fitzgerald turned to his childhood friend, Katherine Tighe, to edit his rewritten manuscript of “This Side of Paradise.”

“She was absolutely pivotal in his early success. The thing that really made him was ‘This Side of Paradise,’” said local historian and writer Mary Jane LaVigne. “She was a really critical reader for him, and made some important suggestions on.”

Tighe, who was born just blocks from where Fitzgerald was born, lived in a house on Dayton Avenue in St. Paul for most of her childhood, but her summers were spent on Manitou Island in her grandmother’s home. According to LaVigne, the home, which dates back to the early 1880s, is still on the island today.

It is now understood that it was that very home where Tighe and Fitzgerald carried out most of their editing work. Scholars have only recently learned that this home on Manitou Island could very well be where Fitzgerald made “This Side of Paradise” the novel we know today.

LaVigne points out that though the novel launched Fitzgerald’s career, “This Side of Paradise” is a famously poorly edited novel.

“After Katherine and Scott were done with it, it went off to Maxwell Perkins (Fitzgerald’s editor) and he apparently didn’t make any corrections at all,” said LaVigne.

The book includes misspellings and flaws in timelines despite Tighe markings and corrections on the manuscript.

“It would not be something to brag about being connected with as an editor,” explained LaVigne.

The slew of errors is likely because Fitzgerald was in such a hurry to get the book published. As the story goes, though Fitzgerald’s parents were supportive of his writing career, he felt pressure to foot the bill. He had landed a job at the Northern Train Yard, only to show up in sailing gear. Just as he had spent the last of his money on a pair of overalls, he found out “This Side of Paradise” was going to be published.

Thanks to those days spent on Manitou Island with Tighe, Fitzgerald found himself a bit of success, but the author wasn’t done with his days in White Bear Lake and the town’s lasting influence on his work.

Fitzgerald likely saw Tighe for the last time in 1922 when he came back to White Bear Lake for the summer he spent at the yacht club with Zelda.

That summer, Fitzgerald was back at it, writing every day. He also took time to waterski on the lake and see his friend Sinclair Lewis, who was a much more popular writer than Fitzgerald at the time.

“He visited the Fitzgeralds at the White Bear Yacht Club and (Scott) complained about having to find bootleg whiskey,” said LaVigne.

LaVigne says the car crash in the Great Gatsby might also be taken from the many fatalities White Bear Lake experienced from automobile accidents.

“In White Bear Lake, 1922 was a devastating time for automobile fatalities. It’s kind of hard to wrap our minds around how lethal automobiles were in the early days of the ‘20s,” said LaVigne.

Another strong echo of the town is in Fitzgerald’s short story he wrote in the summer of 1922 titled “Winter Dreams,” which makes references to “Black Bear Lake.”

Though Fitzgerald moved on to write in New York and Paris, becoming one of the many trans-Atlantic writers of the ‘20s and ‘30s, those summers in White Bear Lake can be seen as a launching pad for Fitzgerald’s career. His “The Great Gatsby” moved on to international acclaim.

“If you’re in a college course in Sweden, Japan or India and you’re doing a survey of American literature, you can pretty much bet that ‘The Great Gatsby’ is going to be a part of it,” said LaVigne.

Fitzgerald’s work has managed to withstand the test of time. Even a century later, we’re still learning how the resort town of White Bear Lake influenced a literary legend.