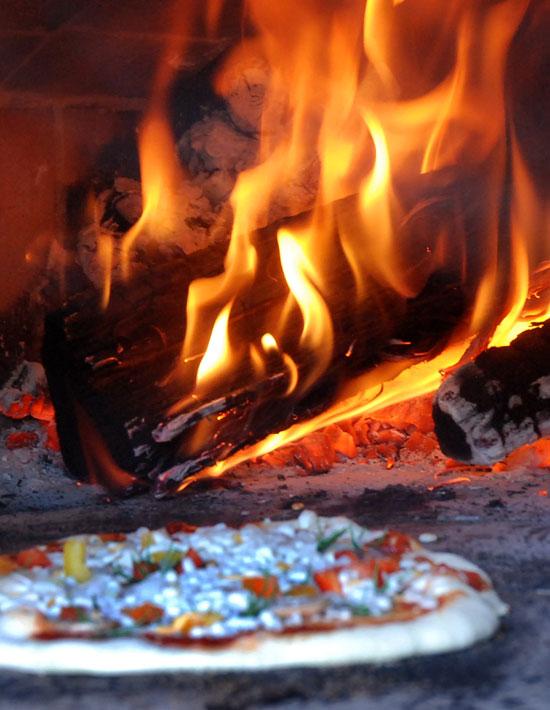 The oven fire for a trial run in September was started at 4 p.m. on the day before the Sunday event. - Photo by Paul Dols 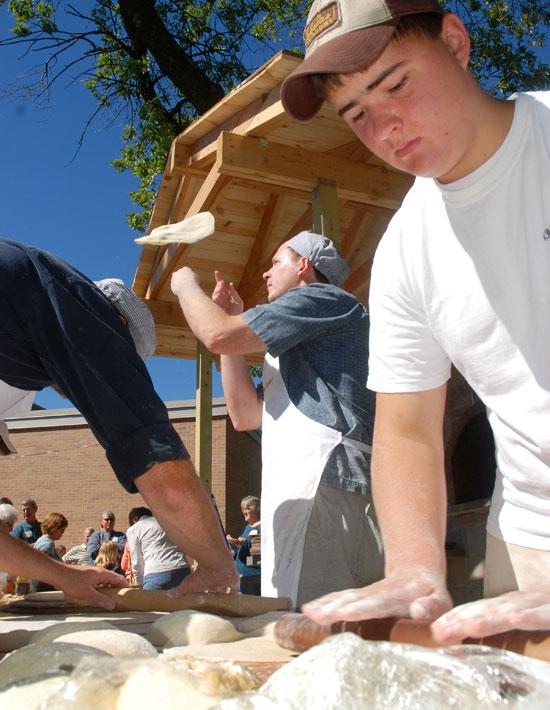 John Schmidt tosses while his son Mike rolls out dough for pizzas during a trial firing of the stone bread oven at White Bear Lake United Methodist Church in September. - Photo by Paul Dols

The oven fire for a trial run in September was started at 4 p.m. on the day before the Sunday event. - Photo by Paul Dols

John Schmidt tosses while his son Mike rolls out dough for pizzas during a trial firing of the stone bread oven at White Bear Lake United Methodist Church in September. - Photo by Paul Dols

WHITE BEAR LAKE — For centuries in Europe, bread ovens were a centerpiece of community.

Johnson and fired-up church volunteers have built a stone oven in their church courtyard and are inviting the entire community to bake and break bread together. As far as they know, the church on Birch Street now has one of only two communal bread ovens in the U.S.

Johnson, who has his own small oven in his backyard, received a grant from Lilly Endowment Inc. to go to Europe during the summer of 2009. He studied at an artisan bread school in Tuscany and shadowed a baker in southern France.

Johnson said he’s drawn to bread making because “it’s simple and satisfying.” According to Johnson, the process of kneading the dough and then letting it rise is analogous to life. “We need time to work and to rest,” he said.

Parishioner Mike Faust, a retired 3M engineer from Hugo, is leading the team of approximately 40 volunteer oven builders. They started in mid-July and have worked almost every day since. The oven has now been fired up a few times while the volunteers place the exterior mortar and stone and complete other finishing touches.

Wes Barrette Masonry and other companies donated some of the materials; congregation members donated funding for the remaining supplies.

“It’s rewarding to see the enthusiasm our people have about this project, Faust said.

Church members fired up the oven for their fall Rally Day in September and Pastor Johnson led a baking class earlier this month. With the trial runs a success, the church now is planning events for the community at large.

A grand opening celebration is planned Oct. 23 and then the church will hold a monthly community bake at which locals can bring their dough. Visitors are invited to exchange tips and recipes, especially immigrants willing to share specialties from their homelands, Johnson said.Johnson also intends to periodically teach baking classes and the church might also host White Bear Center for the Arts baking classes.

The pastor said he also envisions the oven being used to feed people in need and for retreats that combine religious study and baking.

While the oven at times will serve as part of faith-based ministries, the church members also hope the oven will become a community gathering place for people of all creeds.

“We just want to bring people together,” Johnson said.

Kristine Goodrich can be reached at 651-407-1233 or vadnaisheightsnews@presspubs.com.

The first community bread bake is 2-6 p.m. Saturday, Nov. 6. All community members are invited to bring their ready-to-bake bread. Community bakes are planned for every first Saturday of the month.

The next baking class is tentatively scheduled for Feb. 5.