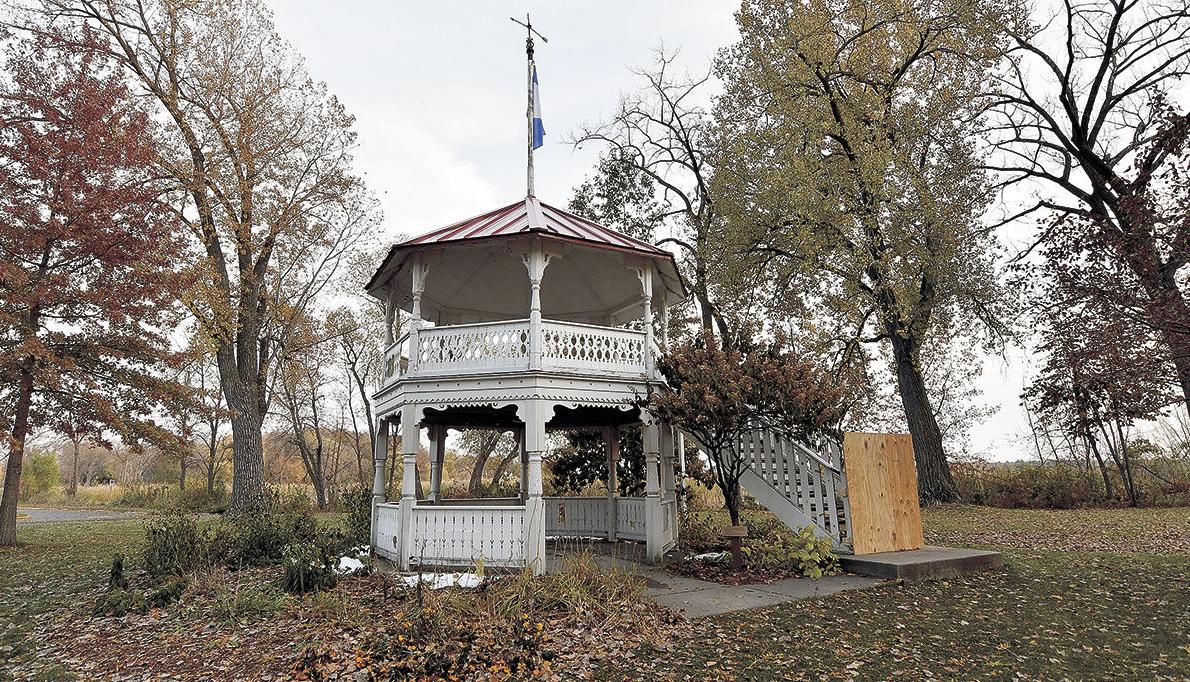 Matoska Park has been home to the gazebo since 1974. 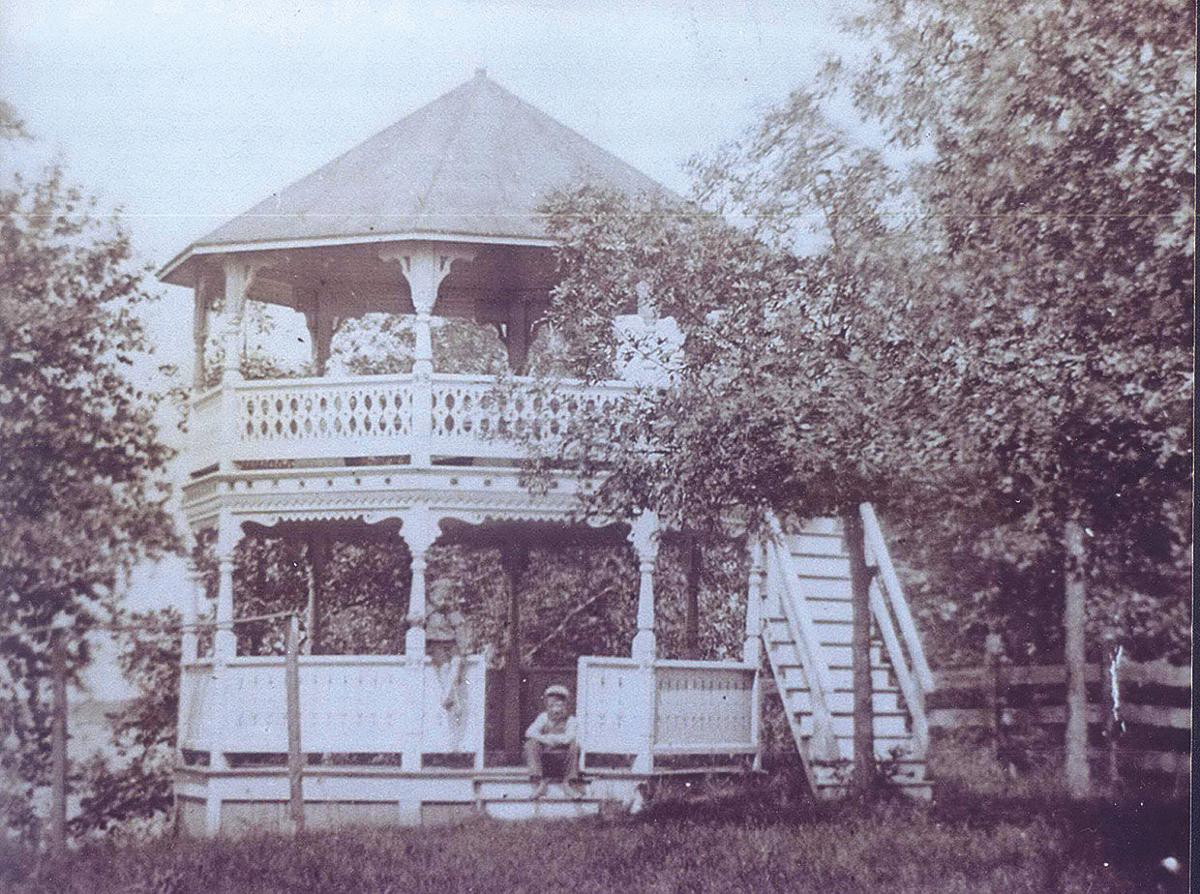 Built as a wedding present for Anna and Emil Geist in 1883, the original structure was once used as a guest cottage and located on the south side of White Bear Lake. This photograph is dated 1920. 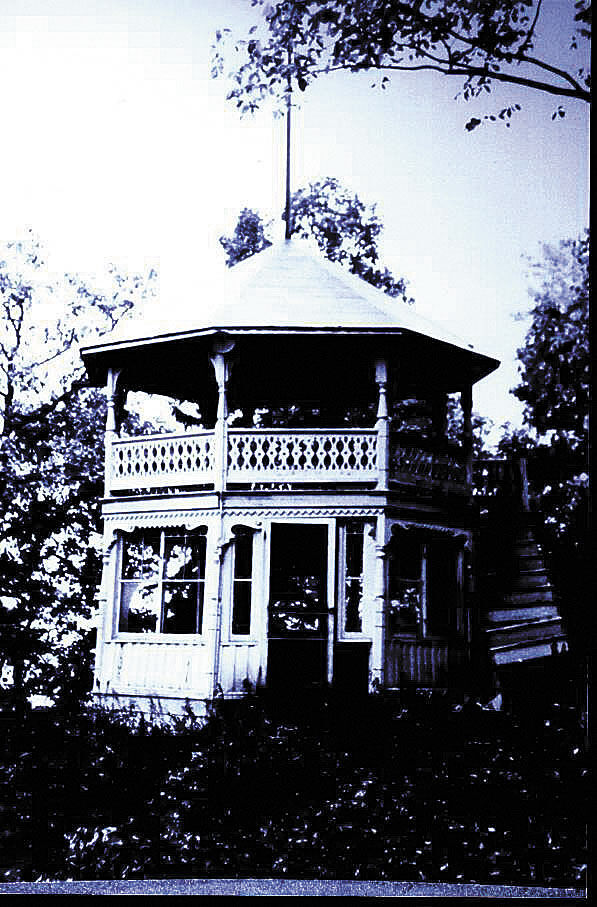 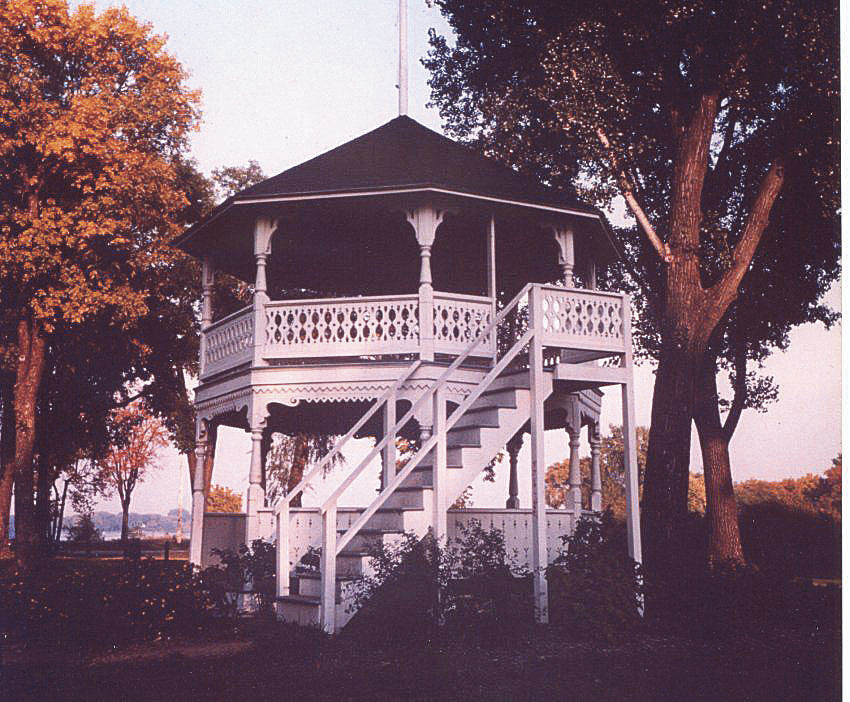 Matoska Park has been home to the gazebo since 1974.

Built as a wedding present for Anna and Emil Geist in 1883, the original structure was once used as a guest cottage and located on the south side of White Bear Lake. This photograph is dated 1920.

The 19th century gazebo at Matoska Park is an iconic landmark in White Bear Lake. It's a popular spot for wedding photos, painting easels and, unfortunately, vandalism. Damage by vandals is forcing the city to take the extreme step of removing the staircase.

First caution tape was stretched across the stairs to keep people from using them, but the barrier is being ignored, according to Public Works Director Paul Kauppi. People are still going to the second level.

Vandals, he said, are kicking out decorative plastic balusters on the upper floor and the city worries a small child could fall through the open space.

The only alternative is to remove the staircase "to protect public safety."

There are soft spots in the upper floor, too, but not bad enough for someone to break through. The city-owned structure is at the point, however, where decisions need to be made about its future.

Built on the south shore of the lake in 1883, the two-story Victorian gazebo was built by Thomas Erd as a wedding present for his daughter Anna and her husband Emil Geist. Erd was a contractor and stonecutter who worked on St. Paul's Church of the Assumption.

As the story goes in "Looking Back at White Bear Lake," the book by Cynthia Vadnais, the gazebo was partially enclosed in 1911 so it could be used as a guest cottage for the Geist brothers Emil, John and George and their wives.

Over the years, the gazebo fell into disrepair and would likely have been razed had not the White Bear Lake Women's Club attained permission in 1973 to renovate it, under the condition the structure be moved from its original location. The gazebo landed in Matoska Park February 1974 and was "lovingly restored," Vadnais wrote. Another restoration was completed in 2000. Five years ago, the city replaced the roof.

Today, the gazebo needs attention. The topic was broached by the city manager earlier this month at the City Council meeting when Kauppi recommended removing the stairs.

"We're not sure of its future, repaired or new," observed the city engineer. "We can rebuild something that is structurally sound. The council needs to determine that at a later date."

The city will be exploring options in tandem with the historical society over the winter, according to Kauppi. Fundraising for the project will also be discussed. Rough cost estimates provided at the council meeting were $100,000 to $125,000 to repair the gazebo.

From a preservation standpoint, there is nothing to preserve, pointed out Sara Hanson, executive director of the White Bear Lake Area Historical Society. "The structure has been updated and changed so much that most of it is no longer original," she said.

Two options should be considered next, added the historian: a restoration project, which involves building materials used in the late 1800s, or replicating the gazebo.

"The way I approach it is a new structure would be a representation, similar but symbolic of the old gazebo," Hanson said. "The Matoska gazebo is a public landmark. It needs to stay and it needs to be maintained; it's just a matter of how do we get there?"

The stairs were still up last week as Public Works had other weather-related priorities, but Kauppi said they will be removed as time allows.