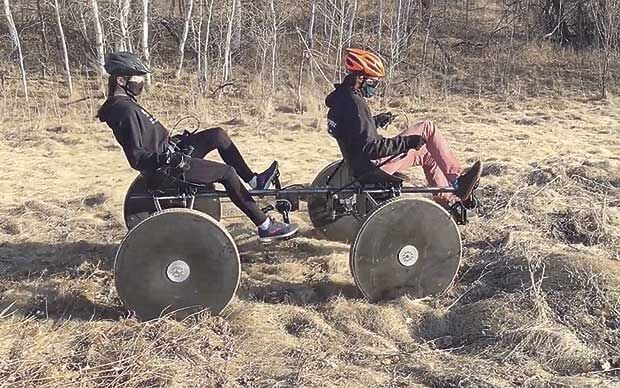 Addie Foote and Vincent Ramirez on their rover for a test-drive. 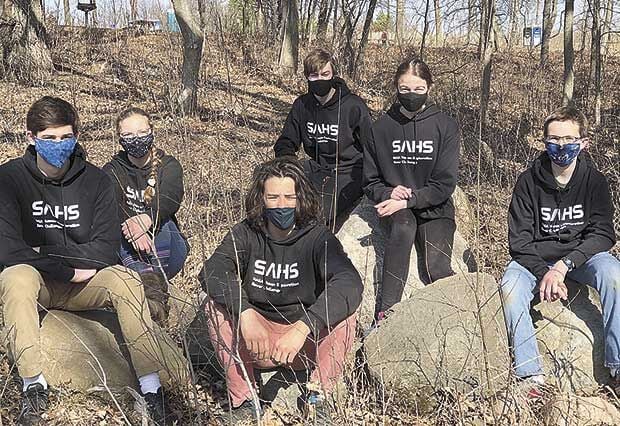 Addie Foote and Vincent Ramirez on their rover for a test-drive.

When the COVID-19 pandemic put students into distance learning last year, six Stillwater Area High School students decided to get together to design and build something really cool — a human-powered rover.

“We had to assemble a team, raise money from our sponsors and build connections with mentors who ended up checking some of our work,” said junior Addie Foote. “We started designing the rover with drawings on paper, brainstorming ideas and eventually put them into the computer as CAD models so we could make sure they worked. We figured out the dimensions and specifics of the design and, after that, we had to write a technical report. Then we got to build it.”

After eight months of hard work and dedication, the team had a successful working human-powered rover that earned them second place in the high school division of NASA’s 27th annual Human Exploration Rover Challenge. This is the first year the team participated in the competition, and team members also won the Ingenuity Award.

Teams from around the world participated in the engineering competition put on by NASA. The competition requires teams to perform mission tasks while negotiating the course, including retrieving samples and performing spectrographic analysis.

The team said they are proud of their accomplishments of starting with an idea and building a successful rover, but they also learned some other important life skills along the way.

“I was proud of all the work we put in. We had a lot of things we had no idea how to accomplish because it was our first year of this competition. It’s very gratifying, seeing all the work we’ve done,” Ramirez said. “I learned a lot of different skills besides engineering. Like social skills, organization skills, presentation skills and how to talk to news reporters.”

The team calls this season a win because they learned so much.

“I never thought I could do something this large, let alone be successful at it. For me, it wasn’t even finishing the specific project. It was knowing we were able to successfully do all the parts and win a project this large with several obstacles in our way,” said sophomore Jocelyn McBride. “We’re a small public high school team. It was eye-opening that you can conquer projects this large no matter who you are.”