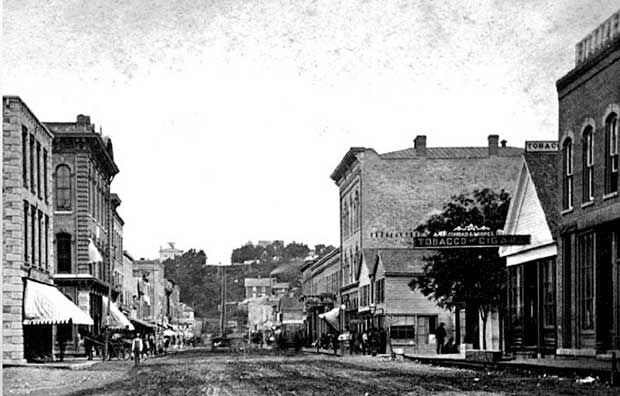 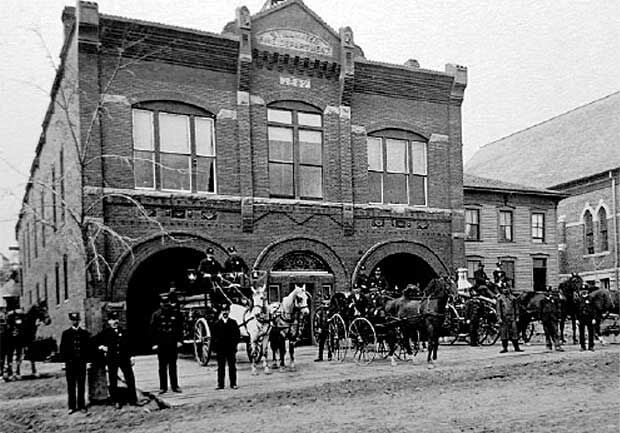 The Greater Stillwater Area Chamber of Commerce has something to celebrate — 130 years of serving local businesses and communities.

“The chamber was established in 1881 as a call to action to save the Stillwater Manufacturing Company,” Executive Director Robin Anthony said. “We have grown to over 500 members and are one of the largest chambers in Minnesota, and we are the largest chamber in Washington County.”

According to Anthony, between 2006 and 2008 the chamber updated its bylaws and developed an action plan. With its support, a local lodging tax was passed to fund tourism and the Convention Visitor Bureau — also known as Discover Stillwater — was formed.

“They focused on getting 'heads in beds' and are funded by the lodging tax, where the chamber is focused on business and community,” Anthony said. “We are funded by our membership dues and our community events and we are a 501c(6) nonprofit that gives back to the community in forms of scholarships, sponsorships and assistance.”

When Anthony became the executive director of the chamber April 1, 2016, she brought an invaluable background of working in state and local government as a global consultant and as the owner of a small business involved in event management.

“When I started in 2016, we celebrated 125 years; we brought the ice castles here, hosted hockey day and we opened and closed two historic bridges,” she said. “So that was a really big year.”

In 2018, the chamber conducted over 90 ribbon-cuttings and Anthony said the chamber's retention rate of membership boomed to 85%.

The chamber launched the Leadership in the Valley (LITV) program in 2019. This program works to increase participants’ knowledge about current issues, trends and opportunities the valley community faces. It also paves the way for future leaders and increases exposure for current community leaders. The 9-month program is directed at those who wish to expand their involvement in community affairs and explore new leadership opportunities.

Anthony said the chamber's main focus in 2020 was dealing with the COVID-19 pandemic by promoting, supporting and advocating for businesses through city assistance and state and federal funding.

“2020 was the hardest year of being a leader in this community watching the businesses suffer,” Anthony said, choking back tears. “Not because it was just the business owners, it was all of their employees and all of their families. It was painful, hurtful and difficult to hear the stories of what was happening with the businesses during the shut-down. And even with the recovery, we are in a workforce dilemma. We continue to support the business community in any way we possibly can.”

“We work hand-in-glove with our schools and Century College, and there are a lot of behind-the-scene things that we do,” Anthony said. “We just gave $2,500 Chamber Buck certificates to all of the educators and education administrators in our entire footprint.”

The chamber started a downtown steering committee by connecting the city of Stillwater with local businesses directly. Anthony said small businesses, the police chief, a City Council member, and the community development director serve on that committee. “The business community now has direct access to city staff, which was a gap in the past and now it is proactively moving forward,” she said.

The mission statement of the chamber is to serve, advocate and promote the interests of businesses while enriching the life of the community. Currently, the chamber serves the cities of Stillwater, Afton, Marine on St. Croix, Bayport, Lake Elmo and Oak Park Heights.

“We just received approval and acceptance to start a foundation (The Greater Stillwater Area Chamber of Commerce Foundation),” Anthony said. “All of our educational programming will come through the foundation and will allow us to apply for grants (to do) more for the community. We will also put some of our community events underneath that grant.”

Looking ahead to 2022, the chamber will host the World Snow Sculpting Championship Jan. 18-23, 2022, which will bring representatives of 10 to 20 countries around the world to downtown Stillwater.

According to Anthony, the national ice sculpting competition has been held in Lake Geneva, Wisconsin, for more than 30 years. In 2021, the event brought in $3.1 million to the regional economy and attracted 65,000 visitors in one weekend.

“With us (Stillwater) being the birthplace of Minnesota, Stillwater is at its highest peak for tourism,” Anthony said. “We keep raising the bar and have a really healthy culture within our team and within our membership.”

For more information on the Greater Stillwater Area Chamber of Commerce, go to greaterstillwaterchamber.com.

A Rich History: The Beginning

• The beginning — because of the vast number of workers and people’s willingness to get things done, the people of Stillwater did not originally think a chamber was necessary.

• It was not until the Stillwater Manufacturing Company needed saving that the chamber became a reality.

• They first called themselves the Business Men’s Union, but then changed it to Chamber of Commerce. This took place on Nov. 27, 1891.

• The purpose was, “The advancement of the commercial, mercantile, and manufacturing interests of the city of Stillwater”. It costed $8 to join the chamber, and by 1893 the chamber had 100 members.

• The Stillwater Club was originally for social purposes, but later became more business focused with the addition of the word commercial.

• The name then changed again to be the Booster Club, but was also called The Stillwater Citizen’s Association at times.

• The Stillwater Citizen’s Association became a vital business force in 1910 with 200 members.

• The association then adopted a new slogan in 1913 during a population decrease. The slogan was “all together Stillwater will.”

• The Chamber was then named the Civic Club

• Because of all the improvements people were making in Stillwater, people thought it would become a summer resort, and it was attracting a lot of attention as such. Part of this was also due to the fact that Stillwater was the only place in the valley with a good road.

• During the 1920s, the population was dropping and the citizens of Stillwater completed a survey to talk about what the city needed for improvements.

• One of the decided improvements was the Tozer Gymnasium, which is now the west wing of the Stillwater Junior High.

• Later the chamber became the Stillwater Business Association, and its main goal was to create a bigger and better Stillwater.

• In 1925 it was decided that membership in the Stillwater Association was the proper channel to return service to the community.

• Due to the Stillwater Association, five industries moved to Stillwater in 1925.

• In 1927 the newly titled Stillwater Business Association offices moved to the Lowell Inn.

• In 1943 the association focused very heavily on promoting tourism and advertising the area.

• Population in the 1940s hit an all-time low, and it wasn’t until after WWII that the community began to grow again.

• 1942 had a lot of changes, mainly surrounding the speedy draft. The Stillwater Association donated for the men in the service.

• New categories were developed in the chamber including housing, war activities and man power.

• In 1950 there was an influx of newcomers from the cities and other states, which brough fresh appreciation for what the city offered in beauty, challenge, and quality of life.

• 1950 was also the Silver Anniversary of the association. However, it was celebrating its incorporation in 1925, not knowing about their earlier history.

• On Feb. 8, 1956 the association decided to follow national trends and renames itself to the Stillwater Chamber of Commerce.

• However, it changed its name again to the St. Croix Valley Area Chamber of Commerce in 1964.

• The offices were now in the Lumberman’s Exchange Building.

• After the last name change, the goal was promoting area relations adding primarily Lake Elmo, Bayport, and a few businesses in Marine.

• In 1974, daylight savings went into effect due to the oil crisis, and 55 was made the speed limits for highways.

• The big project of 1978 for the chamber was the restoration of the levee and boat tie-ups in Lowell Park. After everything was finished, the chamber decided to hold festivals, such as the Brown Bag Music Festival, so that the new space could be utilized and enjoyed.

• Annual events sponsored by the chamber in 1980 were the annual dinner, Lumberjack Days and Rivertown, USA.

• In 1982 the chamber moved in the courthouse, and changed its name to Stillwater Area Chamber.

• In 1983 the chamber established a business referral system with real estate offices, and the offices of the mayor.

• The chamber then moved to the upstairs of the Brick Alley Building.

• The first woman to become president of the chamber was Roberta Ophiem.

• Stillwater was decided as the host for Taste of Minnesota in 1987.

• Washington County celebrated its 140th anniversary on Oct. 27, 1989, and made Stillwater capital for a day.

Core values of the chamber

The chamber provides a wide array of programs and promotional tools that support and promote the development and marketing of member businesses. Most of these daily, weekly, monthly and specially created programs are included with chamber membership.

The primary function of the chamber is relationship building. Our networking and collaborative initiatives establish long-lasting relationships among members, community leaders and government officials. These regular member events provide an engaging, supportive and rewarding environment promoting the business interests of our members and economic community.

Enriching the life of the community is a fundamental role of the chamber and we accomplish this aspect of our mission through a variety of community events and activities.

Advocating for a strong economic environment for our members and the business community at-large is a central responsibility for the chamber. Our bottom-up initiatives and collaborative government relationships provide essential support to the economic welfare and vibrancy of the Greater Stillwater Area.

The chamber provides programming and member support services that assist in the knowledge and development of our members.