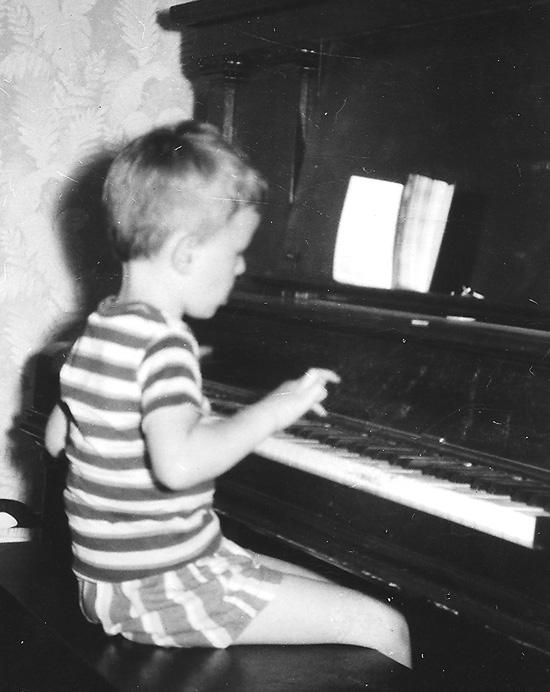 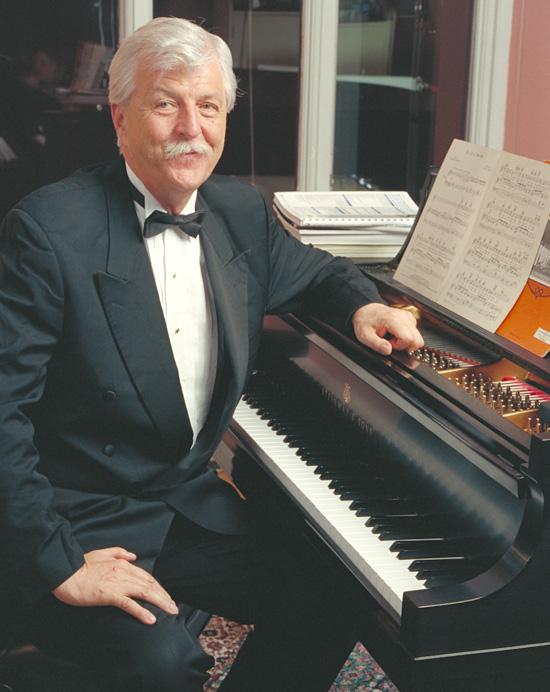 Marine-on-St. Croix native Butch Thompson is a virtuoso on piano and clarinet and a pre-eminent expert on early jazz and ragtime. - Submitted photo

Marine-on-St. Croix native Butch Thompson is a virtuoso on piano and clarinet and a pre-eminent expert on early jazz and ragtime. - Submitted photo

Born and raised in Marine-on-St. Croix, the piano and clarinet virtuoso is a pre-eminent expert on early jazz and ragtime. He's toured worldwide, performed on more than 100 recordings, worked on Broadway (and off-Broadway) and served as band leader/house pianist for public radio's “A Prairie Home Companion” program.

Today, he lives with wife Mary Ellen in Stockholm, Wis., but credits his early years in Marine with helping to shape a lifelong interest in jazz.

“I say it's my hometown,” acknowledged Thompson, who graduated from Stillwater High School (there was then no “Area” in the name) in 1961.

“Back then, most families had a piano,” he recalled. “It was a presence, almost a required piece of furniture.”

By age 6, his mother had enrolled him in formal lessons. Increasingly, he became fascinated by jazz and pop standards from the 30s and 40s — music by Artie Shaw, Glenn Miller, Benny Goodman.

“What I really liked about these things was the rhythm,” Thompson remembered. A 1936 Duke Ellington recording of “Mood Indigo,” was especially influential. “That really impressed me … it's still one of my favorites.”

In junior high he performed a boogie-woogie version of Bill Haley's “Rock Around the Clock” for the seventh-grade talent show. “I had terrible stage fright,” Thompson revealed, “But it all went very well.”

While still at Marine Elementary School, he was recruited for high-school band. “I told them I wanted to be a trumpet player,” said Thompson. “They didn't really need any trumpet players in the band, so they encouraged me to think about clarinet.”

By eighth grade, he was in senior band, studying under George Regis. He formed his first jazz group in high school, playing intermissions at school dances.

He also attended events at Marine's Village Hall, where he encountered a Dixieland band “The Amatooters.” In summer 1960, the band drafted Thompson for his first union gig.

After graduation he enrolled at the University of Minnesota. While performing for a twist contest at Coffman Union, he met the featured group: the Hall Brothers New Orleans Jazz Band.

“They had a reputation as being kind of purists, old-school New Orleans jazz,” Thompson said. He eventually joined the band as clarinetist in April 1962.

Not long after, the Hall Brothers traveled to New Orleans and performed at the brand-new Preservation Hall, at a private party for local musicians. Thompson was captivated by the city's festive nature, its music and costumes.

“I loved it so much that I wanted to go back immediately … it was like a different planet,” he recalled. “It's still a big deal to me to go down there.” He often performs at the annual New Orleans Jazz and Heritage Festival.

At college, he met another student who would affect his career path — Garrison Keillor. The two knew each other, but not well. “He was pretty colorful,” Thompson said. “He wore combat boots and a full beard, he was skinny and tall … he had an aura about him, even then.”

In January 1966, Thompson was drafted into the army. He served stateside, and in fall 1968, returned to the U of M.

Meanwhile, Keillor had begun hosting a morning show on Minnesota Public Radio, “A Prairie Home Companion.” He also was a Hall Brothers fan, attending weekly shows at the Emporium of Jazz.

In 1974, APHC became a live evening broadcast. Keillor invited Thompson to guest on the second show. By the time the program was nationally syndicated in 1980, the Butch Thompson trio had become the house band.

“We all wondered if anyone outside the Midwest would even understand the show,” said Thompson.

They did. The program became a huge success and Thompson never quite got his diploma. He stayed with “Prairie Home” until 1986 and remains a frequent guest.

“I'm considered part of the family,” he observed.

From 1975 through the 1990s, Thompson toured throughout Europe, Japan and Egypt. He performed with such notables as clarinetist George Lewis, ragtime pianist Eubie Blake and trumpeter Doc Cheatham.

Another favorite is a 10-CD series on different jazz styles that he recorded for the Daring/Rounder label, from 1988 to1989. His current CD, “Butch Thompson's Big Three: Tain't Nobody's Business,” is available at www.butchthompson.com.

“To tell the truth, I did not like that show very much,” Thompson said. “It was not particularly satisfying to someone like me, who knew the real story behind Jelly Roll Morton.”

Around the same time, he performed in an off-Broadway show, “Jelly Roll! The Music and the Man.” That production, he felt, was more accurate.

Today, Thompson is known as an authority on early jazz. He's written articles for Downbeat, Coda and the Mississippi Rag, and hosts a weekly radio show, “Jazz Originals” Sundays, 6 p.m. on KBEM 88.5 FM.

“It goes back to something in my childhood,” Thompson said. “I always wanted to play my records for people, even as a kid … I really wanted to get the music out there and get people excited about it.”

He now enjoys watching movies and spending time with family. He has two “mid-30s” sons who work with computers. Sam lives in Brooklyn, N.Y. Victor in Seattle, Wash.

Thompson said he sometimes wonders how his career might have developed if he'd moved to New Orleans, but he's sanguine about the future. “There's plenty else to do. I don't intend to retire unless I have to,” he said. “Why should I? I'd like to continue performing and doing what I do.”