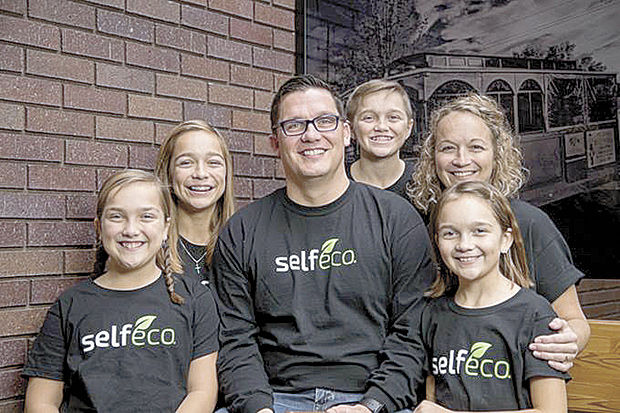 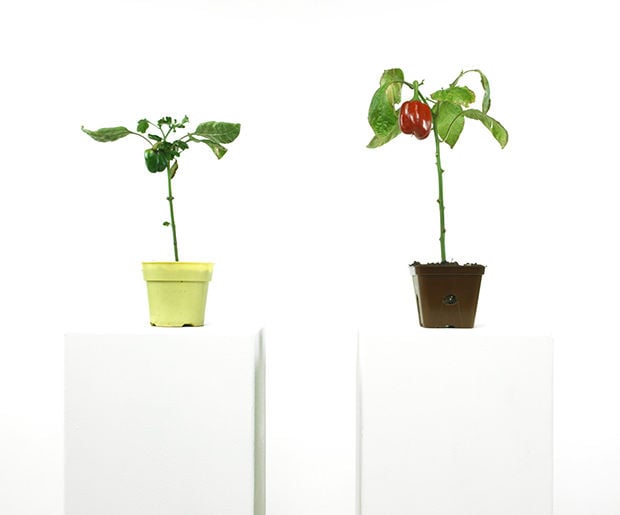 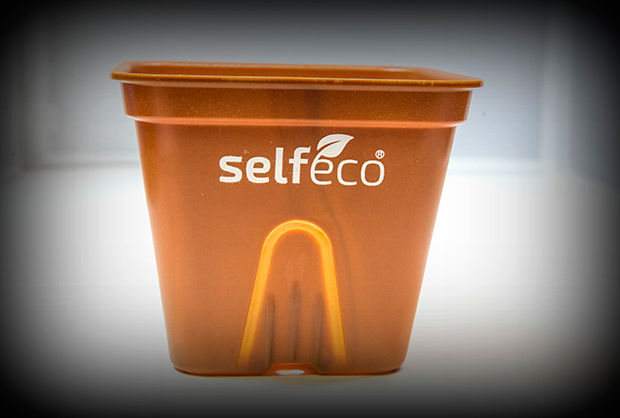 Every gardener has seen the small, petroleum-based pots used to house young plants before they are placed in the ground. This material does not decompose, and ends up taking up space in landfills and contributing pollutants to the soil.

Here’s how the SelfEco Pot works: The pot is composed of biodegradable materials that begin to decompose when buried into the soil. The degrading material breaks down, leaving behind the nutrients that have been integrated into the pot material. This prevents the spread of granular fertilizers, which can transfer harmful chemicals into water sources and animal habitats, and also eliminates the need to throw away the pot once the young plant is in the ground.

“It’s also really good to feed the root source rather than the topsoil,” Mishek said.

In fact, some of the SelfEco tests have demonstrated that plants grown using the compostable pot result in healthier plants that grow faster and bigger than plants grown in traditionally fertilized soil.

“It’s a new way of how people grow and garden. We want to minimize the harm to the environment. It’s a kinder, more gentle way of gardening,” he said.

The process of creating the SelfEco pot was nearly 10 months in the making. After the company first developed the container, it went through a series of experiments and tests, conducted with the help of Iowa State University. The Kickstarter endeavor, which launched Jan. 11, was the latest step as the product awaits a patent. Mishek said that the United State Patent and Trademark Office will respond to the request within two to three years.

“It’s a huge burden off of us,” Mishek said, in response to the campaign’s immediate success. “It reiterates that there is a need and demand for products like this. People want to see products that aren’t going into a landfill.”

The SelfEco Pot shattered its goal of $25,000 as donations continue to flood in on the Kickstarter website to support environmentally friendly gardening products. The money generated will go toward creating a production tool that will fashion the specially made pots more effectively, lowering the cost to make it affordable for a national and international consumer market.

Mishek said there has been a huge interest in the SelfEco pot on a global scale. Companies all over the world have purchased bulk quantities of the product.

‘We’ve had backers from Singapore, Hawaii, all over the United States ... all corners of the planet,” Mishek said. “They want to make a statement that they want to see this come to the market.”

Depending on the amount donated, backers can receive a digital thank-you from the SelfEco team,  their own SelfEco pot, or even — for a donation of $7,500-plus — a package that includes a 1,000-pack of SelfEco, five T-shirts, two sets of gardening gloves, two trowels, and autographed photo, a 3D-printed prototype of the production tool and a dinner cruise on the St. Croix.

Since the effort has already reached its goal—“30 hours to the minute,” Mishek said—future Kickstarter donors will be able to purchase pots for urban gardens in a location of their choice, in cities throughout the U.S.

SelfEco is a sister company to VistaTek, a custom mold-making company run by Mishek’s brother, also based in Stillwater. In addition to the compostable pots, SelfEco produces earth-friendly party and catering ware, including specialties such as stemless champagne flutes and goblets. The company’s efforts to create a standard of earth-friendly alternatives are currently making waves in all corners of the media world.

“I think once people get exposed to it, and they see its success, this will be a new norm,” Mishek said.

At press time the SelfEco Pot had raised $26,737, with 27 days left to donate. To support the SelfEco pot or learn more, visit www.kickstarter.com/projects/1782381964/selfeco-pot.