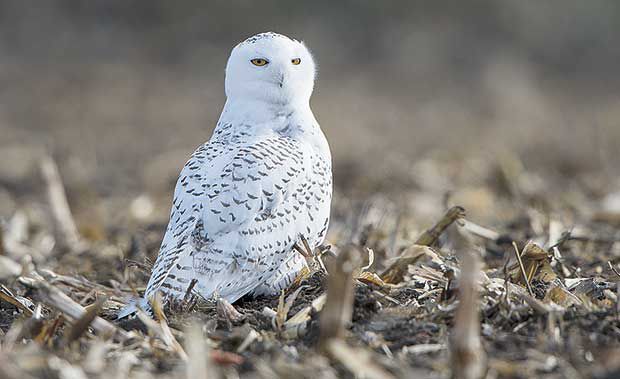 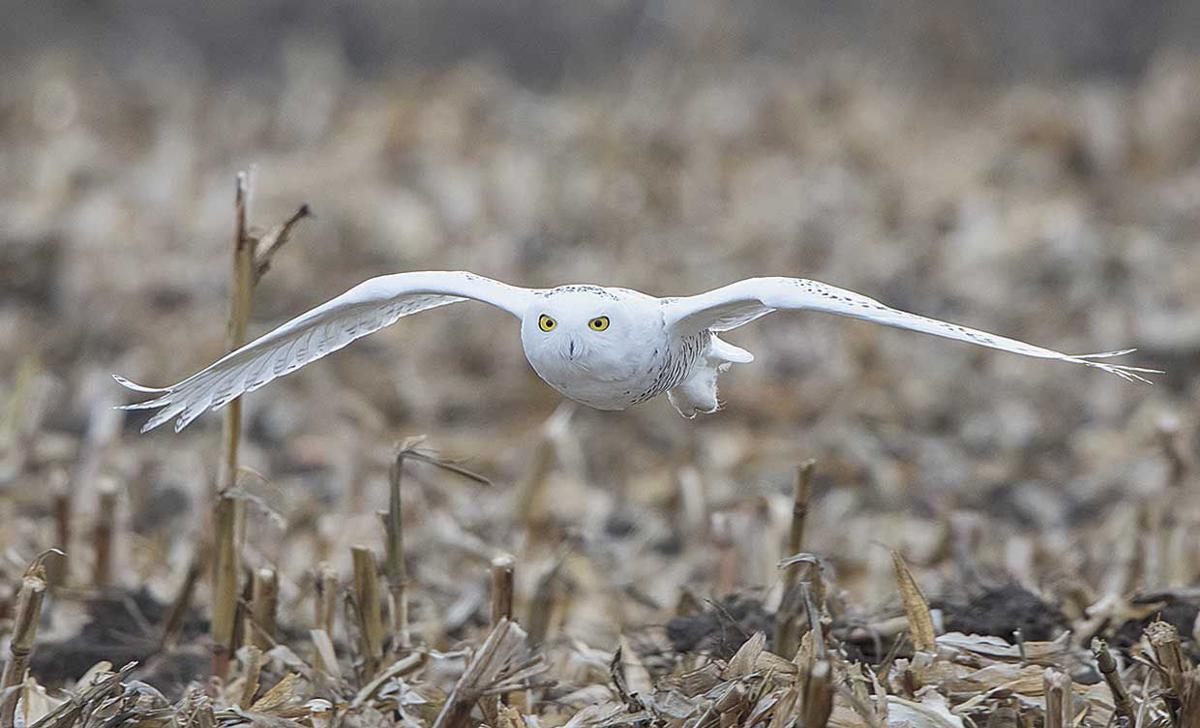 Snowy owls may behave a little differently than other owl species, since they have very little fear of humans due to their isolation in the far north.

Snowy owls may behave a little differently than other owl species, since they have very little fear of humans due to their isolation in the far north.

The Arctic beauty of the snowy owl, with its black-spotted white feathers and piercing yellow eyes, has captivated human imagination for so long that the owl is depicted in early European cave paintings. It’s not surprising, then, that this mysterious animal is causing such a stir this year, as Minnesotans notice an increase in the number of snowy owls visiting the state.

A population boom such as this one is known as an “irruption,” and scientists are still trying to understand all of the elements that cause it — and the effects that stem from it. Snowy owl irruptions happen around every 4-5 years, and are thought to be caused by a good summer breeding season in the Arctic. Many of the owls seen in Minnesota are young ones that are spreading out to explore after leaving their Arctic home for the first time.

Scott Weidensaul is a founding member of Project SNOWstorm, a non-governmental organization that tracks snowy owl movement across the nation. The project began after a prominent irruption four years ago, when “a tsunami of white owls came flooding out of the Arctic,” Weidensaul said.

The project uses data from GPS transmitters that are attached to wild owls, as well as reports from the bird observation website eBird.

“Looking at Minnesota, there are a lot of reports in and around the Minneapolis-St. Paul area, which is not surprising because there are more observers there,” Weidesaul said. There have also been a high number of snowy owl sightings along the coastlines of Lake Superior and in the farmland in the southwest of the state, where the wide-open country resembles the flat Arctic tundra.

“They’re more nomadic than migratory, and while many will come south again, they don’t all do that every winter,” Weidensaul explained. “Some of them will go north for the winter and spend the winter on permanent sea ice, feeding on sea ducks.” Weather and wind conditions can affect the birds’ destination each year.

There are a few misconceptions about snowy owl irruptions, Weidensaul said. Many people assume that the owls are on the move because they have run out of food sources in their usual habitat. On the contrary, these owls are usually healthy and well fed.

“A small subset of folks that are convinced these birds need help, and that’s not true,” Weidensaul said. “Some photographers have a tendency to toss live mice out (to attract the bird), which is increasingly frowned on.”

Known as “owl baiting,” this practice is controversial among birders and photographers.

This phenomenon created so much tension that the Minnesota Legislature considered a bill in 2014 to ban the practice, but the bill did not pass.

The locations of sightings are sometimes closely guarded to avoid attracting a large number of people with cameras and binoculars who might disturb the birds.

“Because they’re young birds and snowy owls are coming from places with few or no people at all, often they are quite naive about people,” Weidensaul said. “They can be approached much more closely than most owls, and they can seem tame. Because they’re so beautiful, people want to get close, so people often do get too close. We ask people to respect the owl, respect distance. Just because you can get close, please don’t. Every time you flush it and move it, it uses energy. It’s not good for them to get bumped from perch to perch. When they’re not bothered by people, they stay in one place and conserve energy.”

The owls often hide during the day to avoid the attention of any other would-be attackers. Larger birds such as eagles have been known to hunt and harass owls, and crows will mob them in large groups to try to scare them away.

“Depending on where they are, they could get flushed into traffic,” Weidensaul said. “If (the owl is) moving around a bit, that’s probably an indication you’re too close and should back off.”

“The trouble with snowy owls is they have so little fear of people, they can easily become habituated to people. They think, ‘There’s my lunch ticket.’”

Once birds are not afraid of humans, they spend more time in human-frequented areas, leaving them susceptible to injury from cars, predators and possible danger from other humans.

There are respectful ways to observe snowy owls: Minneapolis-St. Paul International Airport is known to attract snowy owls every year, since the large, flat airfield resembles the owls’ home territory. As long as you don’t get too close, Weidensaul said it’s okay to go look for reported owls such as this one.

“As long as it’s not staring at you or trying to get away from you,” he said. “Watching from a vehicle is great because they can’t see you and don’t notice you. A lot of the problem is not observers; it’s airplanes. (The owls) are at serious risk for getting hit by planes, and are a risk to planes themselves.”

When possible, wildlife authorities and airport managers trap and relocate owls like these to prevent harm to the animals and damage to the planes.

In addition to tracking owl movement, Project SNOWstorm is also studying the levels of mercury found in the snowy owl populations. At high enough levels, mercury could compromise the birds’ reproduction or even their behavior.

Over the years of working with the snowies, Weidensaul said the owls’ winter behavior continues to hold new surprises.

“We think of them as feeding on small mammals like lemmings, which is true in summer, but many that winter on the coast feed on ducks, grebes, loons and other waterbirds. Some adult owls are known to winter in the Arctic on sea ice. When the Great Lakes froze over, a number of owls moved out onto the frozen surfaces of Ontario and Erie and spent weeks at a time on the ice. When we watched satellite images of the ice, we realized they focused on areas where prevailing winds were cracking the ice apart, and they were feeding on gulls and waterbirds. So these owls were sort of practicing behavior they might do as adults in the Arctic. That was really a cool discovery we got really excited about.”

Even for Weidensaul, the magic of seeing a snowy owl never goes away.

“They belong to another world,” Weidensaul said. “You’re not going to look out your window and see a polar bear strolling down the street, but (these owls) bring a piece of the Arctic with them.”