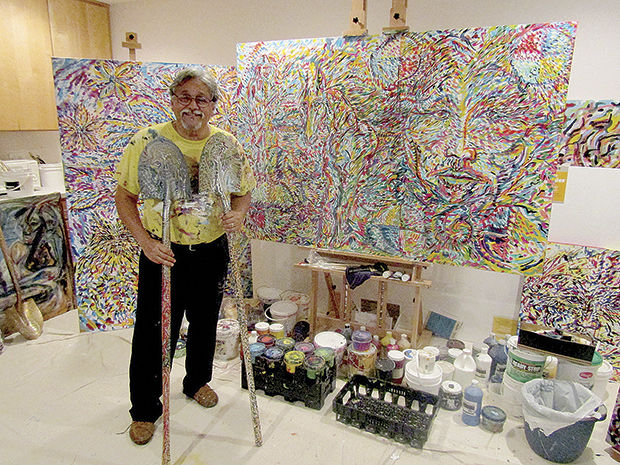 Artist Jimmy Longoria with two of his pala creations, which are gifted to high-achieving leaders. 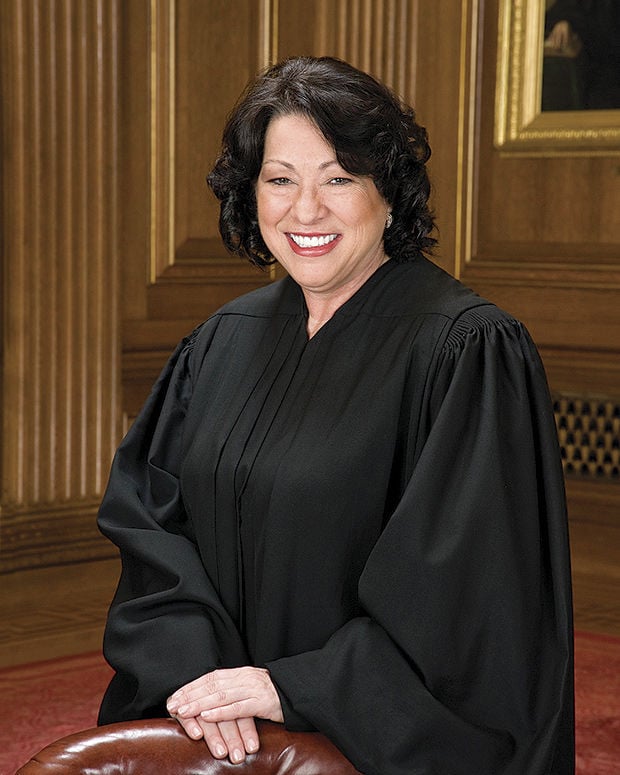 Supreme Court Justice Sonia Sotomayor, who was honored with the presentation of a pala from local artist Jimmy Longoria Oct. 18.

Artist Jimmy Longoria with two of his pala creations, which are gifted to high-achieving leaders.

Supreme Court Justice Sonia Sotomayor, who was honored with the presentation of a pala from local artist Jimmy Longoria Oct. 18.

STILLWATER – Just days before the appointment of judges to the Supreme Court was a topic at the third presidential debate, justice Sonia Sotomayor was a guest in the Twin Cities, discussing that very same question. Sotomayor appeared at the University of Minnesota to speak in the annual Stein Lecture Series on Oct. 18. Tickets to the event were sold out almost immediately.

Sotomayor is the first Latina judge ever appointed to the Supreme Court, and as a special honor, Latino artist and Boutwells Landing resident Jimmy Longoria created one of his most unique forms of art: a painted pala, which Longoria presented to Sotomayor during her visit.

An original pala (Spanish for “shovel”) is only offered by Longoria to people of major accomplishments, predominantly those with Hispanic heritage. A pala is a common farm tool, but Longoria’s artistic interpretation changes them into a symbol of honor.

He came up with the concept of the pala from a story about his grandfathers, who were farmers in South Texas. Migrant workers would come to the farm to help water the crops, and one of Longoria’s grandfathers noticed that after the workers left, there were often several shovels missing from the farm as well. His grandfather came up with the idea of marking the shovels with paint to identify them as his property. He brought his idea to other farmers in the area, who agreed that if they found workers with the painted shovels, they would not hire them again.

The shovels soon became a sign of unification and community. Longoria remembers being a child, watching in awe as these proud men gathered with their painted shovels.

In the past, palas have been awarded to actor Cheech Marin, U.S. Congressman Keith Ellison, founder of Minnesota’s first Spanish-language newspaper Mario Duarte and others. Two of the palas are currently in the permanent collection at the National Museum of Mexican Art in Chicago.

The Hispanic Bar Association requested that Longoria present the pala to Sotomayor, but later found that a policy restricts Supreme Court justices from accepting gifts. Longoria had planned for the pala to be placed in a museum following the presentation, but when he presented it to her at the Minnesota History Center following her U of M lecture, she indicated she wanted to find a way to keep it instead, possibly for public display in the Supreme Court.

“The court does not allow accepting gifts, but the day of the event, just before she steps into the reception room, she informs the court of lawyers that she’s going to take it,” Longoria said. “And then she said some wonderful things to me directly, and her talk was spectacular.”

Longoria said he once ran into Sotomayor at a gallery in Washington, D.C., where the two discussed something they have in common: diabetes. Sotomayor has had Type I diabetes for most of her life, and has had to manage it as best she could from having no treatment when she was young through the rapid advances in medical treatments over the years.

“The biggest challenge for dynamic people who are diabetics is: you have to watch yourself,” Longoria said. “It regulates your life, but you can’t let it stop you.”

The two discussed the way that the condition affects their thought processes, since stress can have such a large impact on blood sugar levels.

“What she said to me is, ‘That’s [why] you have to be a disciplined thinker.’ Which means you can’t get emotional while you’re thinking.”

One of the concepts Longoria mentioned was President Barack Obama’s 2008 campaign slogan, “Yes we can,” which in Spanish is translated as “Si se puede.”

“But in the Spanish language, it’s an idealized phrase,” Longoria said. “The little translation is, ‘It is possible.’ Which is a perfect abstract absolute, but it’s all-encompassing. All of it is possible. When you say ‘si se puede,’ the implication is that it’s a matter of faith. So a very simple piece of farm instrument being bejeweled with paint and invested with artistic labor transforms the mundane into the extraordinary, and it’s an expression of ‘si se puede’ – that it is possible. It brings high ideals down to the average person. So here, a Supreme Court justice is being honored with a farm implement that is only altered in the labor invested in it. The base materials are very humble. The paint is very humble. It’s only the work that’s invested in it that elevates it beyond its base value.”

Racial underrepresentation was one of the many topics Sotomayor addressed during the evening lecture. In an echo of Longoria’s expression, she said whenever she meets anyone who is an immigrant to the U.S., she tells them that while our country definitely isn’t perfect, it becomes better when they are a part of the process.

“So what makes American different from other countries? It’s that we have the possibility of dreaming, and having those dreams come true,” Sotomayor said.

Jackie Bussjaeger can be reached at 651-295-3967 or lowdownnews@presspubs.com.