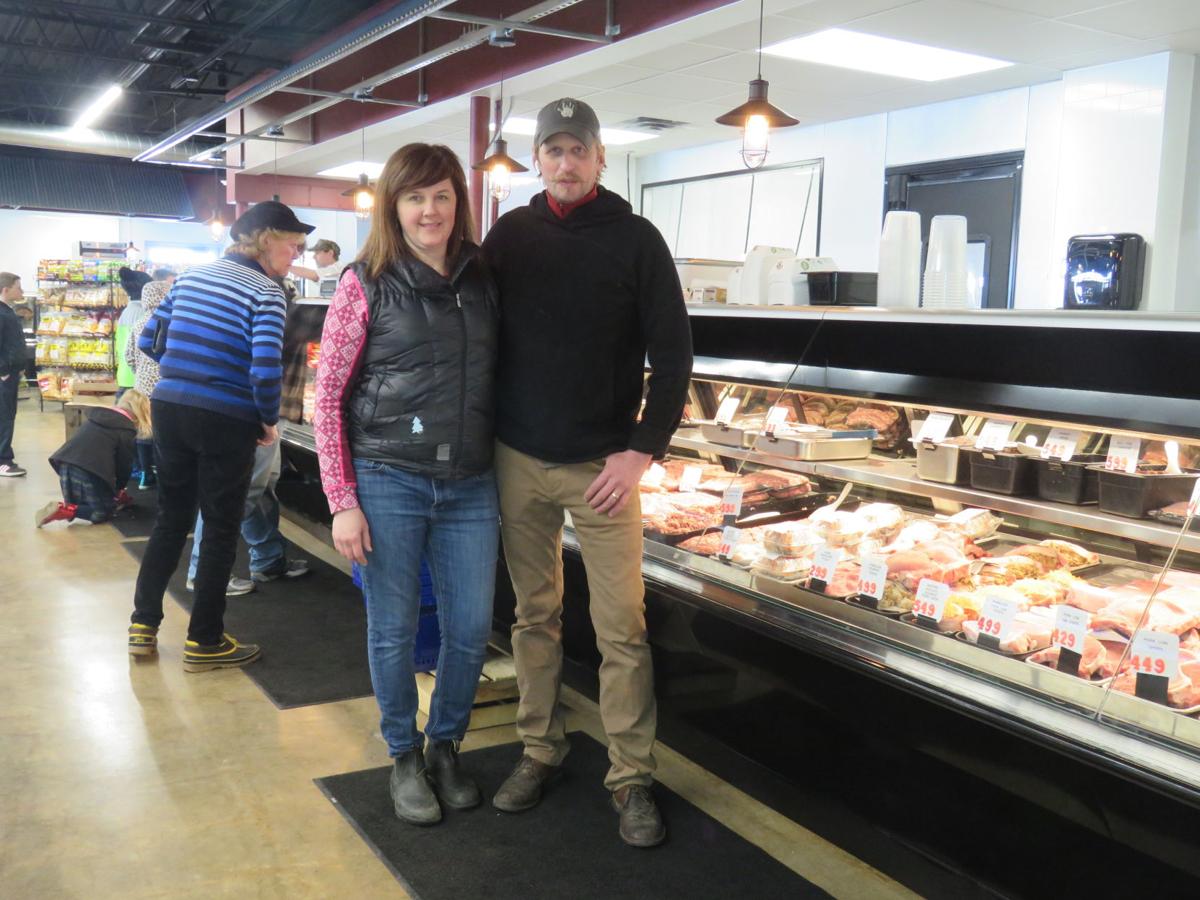 Melissa and Billy Hagberg, third-generation owners of Hagberg's Country Market, stand in front of the new meat counter in their newly remodeled business. 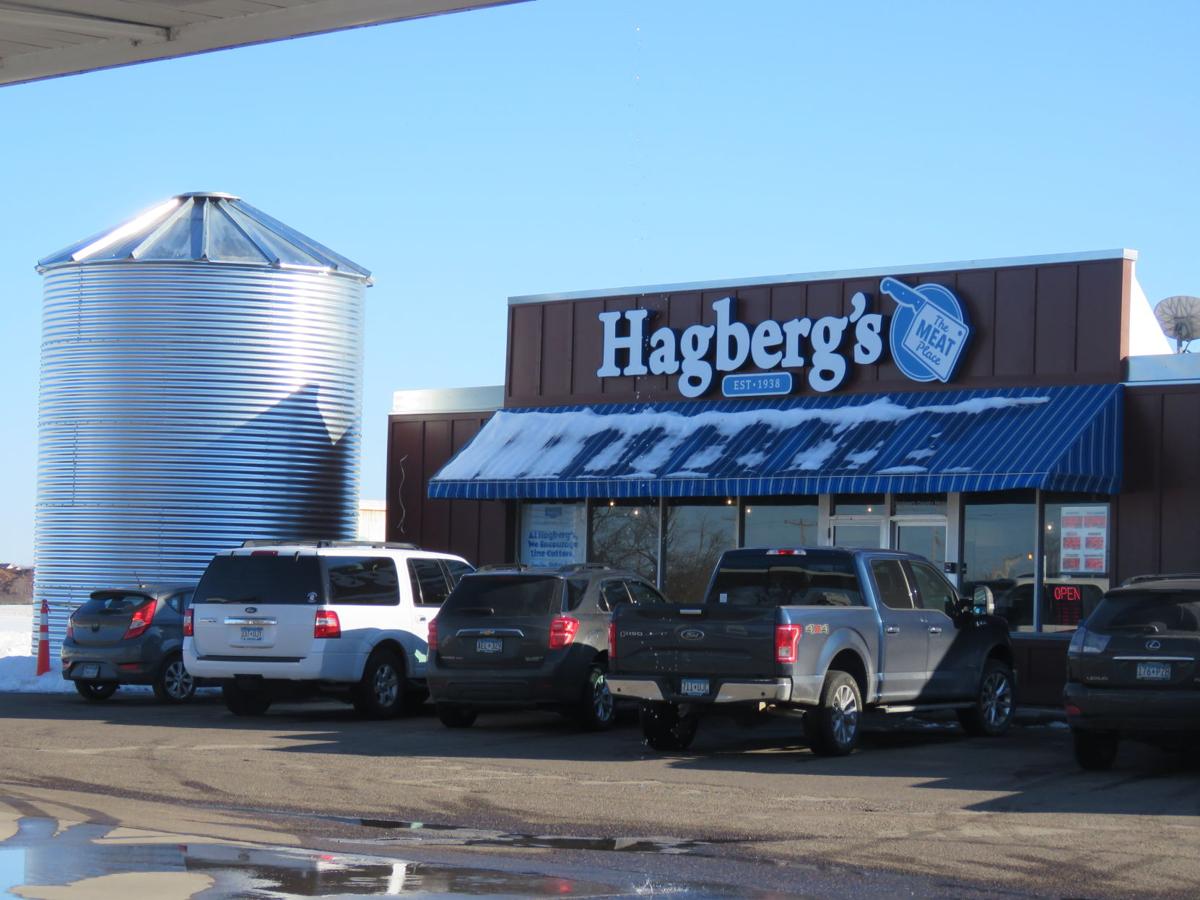 The exterior of Hagberg's has also gone through an update, resembling a barn with its red paneling and new grain bin.

Melissa and Billy Hagberg, third-generation owners of Hagberg's Country Market, stand in front of the new meat counter in their newly remodeled business.

The exterior of Hagberg's has also gone through an update, resembling a barn with its red paneling and new grain bin.

LAKE ELMO — After 80 years in the business, Hagberg's Country Market in Lake Elmo is sporting a bold new look. The business has been undergoing a remodel since 2017 that will help improve efficiency and give customers a place to sit down and dig in after perusing the newly improved deli counter.

When owner Billy Hagberg's grandfather moved to Lake Elmo from Glenwood City, Wisconsin in 1938, he bought his own grocery on Main Street. At that time, the family lived above the store. In 1972, Hagberg's parents took over the business, and moved it to its current location on Stillwater Boulevard.

Hagberg said his father always had a knack for meat-cutting, and built the business “from a small town grocery store with fresh meats to a place that is really known as 'the meat place.'”

“We'd been working in the old footprint,” Hagberg said. “We finally came to the conclusion it was time for an update, and being that it's our 80th year, we thought, 'Well, that's significant!'”

Meats from Hagberg's are sourced from Minnesota farms, and are always all-natural. Hagberg also makes sure that all the farms handle animals humanely.

The gasoline portion of the business was added in 1989, and while the business adapted itself to fit the needs of its customers, the building became outdated.

One of the biggest changes is the buildings facade, which has been changed from a solid brick face to a warmer red-paneled design reflecting an agricultural theme. The icing on the cake is a shiny new grain bin next to the entrance, which the market uses for outdoor storage.

After the Hagbergs dreamed up what they wanted the outside to look like, they decided it was time for an update on the inside as well.

“We gutted the building. We started over,” Hagberg said. Remodeling began in November 2017. For a short while, the business filled orders out of a side office while the inside was gutted.

Before the renovations, the back rooms were a bit cramped, and not easy to navigate. By opening up the floor plan, the kitchen space has been largely increased, and connected to the delivery rooms, processing room, deli and meat counter in a more efficient manner.

While the new design works splendidly, Hagberg observed that he occasionally finds himself walking in the wrong direction based on the old layout—not surprising after a lifetime spent working in the family business.

He described the renovation process as similar to moving into a new house.

“When you move into a new house and you bring all your furniture in, and all the appliances are in...there's still so much work to do,” he said. “It's such a big change for us. It's not like it was a paint job. The outside walls are about all that's left.”

Visitors will notice the changes as well, which includes an improved shopping flow, new display counters and closed freezers and refrigerators to improve energy efficiency. Perhaps most noticeable is a new seating area near the entrance of the store. For many years, the picnic tables outside the business have been popular for summertime customers.

“If people want to sit at a picnic table when it's nice in the summer, maybe they would like to sit down somewhere and have their lunch all the year round,” Hagberg said. “That's why we decided to dedicate the space. It was a recognition that people aren't always ready to jump in their car and drive back to the office or sit in their truck and eat lunch.”

When completed, the area's focal point will be an antique cooler door that Hagberg saved from the original market. Hagberg estimated that the sitting area would be open for use by the end of March.

Hagberg's Country Market is located at 11325 Stillwater Boulevard N., Lake Elmo. The store can be reached at 651-777-2888 or found online at http://hagbergsmeats.com.