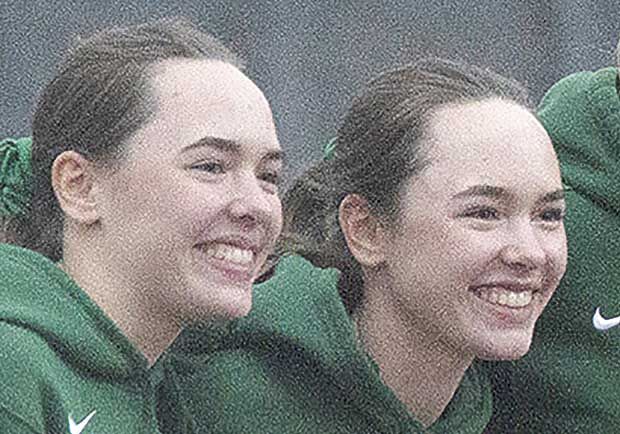 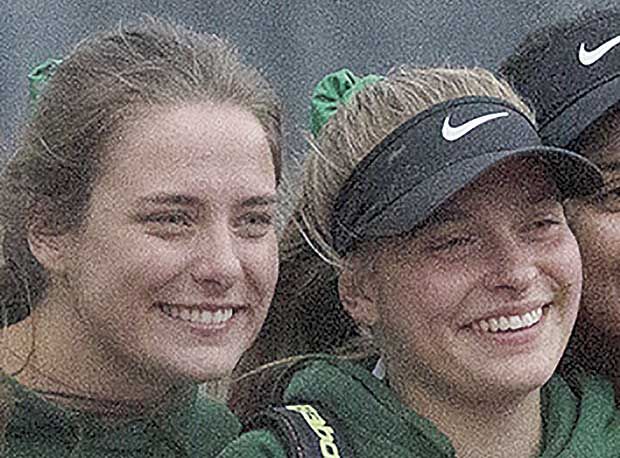 Two sets of twin sisters in both the singles and doubles lineups helped the Mounds View tennis team go 14-0 this fall with conference and section championships.

Katia and Elena Bartels, fraternal twins, have played mostly No. 3 and 4 singles over the past two years. Hannah and Annika Lindgren, identical twins, played doubles.

“It is rare to have two sets of twins on a team, let alone having them be the same graduation year,” coach Scott Sundstrom noted. “Both sets of twins pushed each other to be better. When one of the twins made varsity, the other worked harder. Annika made varsity last but played outstanding tennis her senior year.”

Sundstrom never had either set of twins play doubles together, or even play singles against each other. They are “far too competitive with each other,” he said, especially Katia and Elena.

Hannah and Katia started playing varsity as freshmen, and Elena moved up from JV late that season. Annika broke into varsity as a junior. All four joined the program in seventh grade. Katia was a co-captain as a senior.

The foursome helped the Mustangs place third in the state tournament as juniors. This year, the season ended with Mounds View’s 4-3 win over Mahtomedi in the section finals duel of unbeatens. There was no state tournament due to the pandemic.

“They set a strong example for other players on the team," the coach said, "with their effort, focus, and commitment to a team-first mentality.”