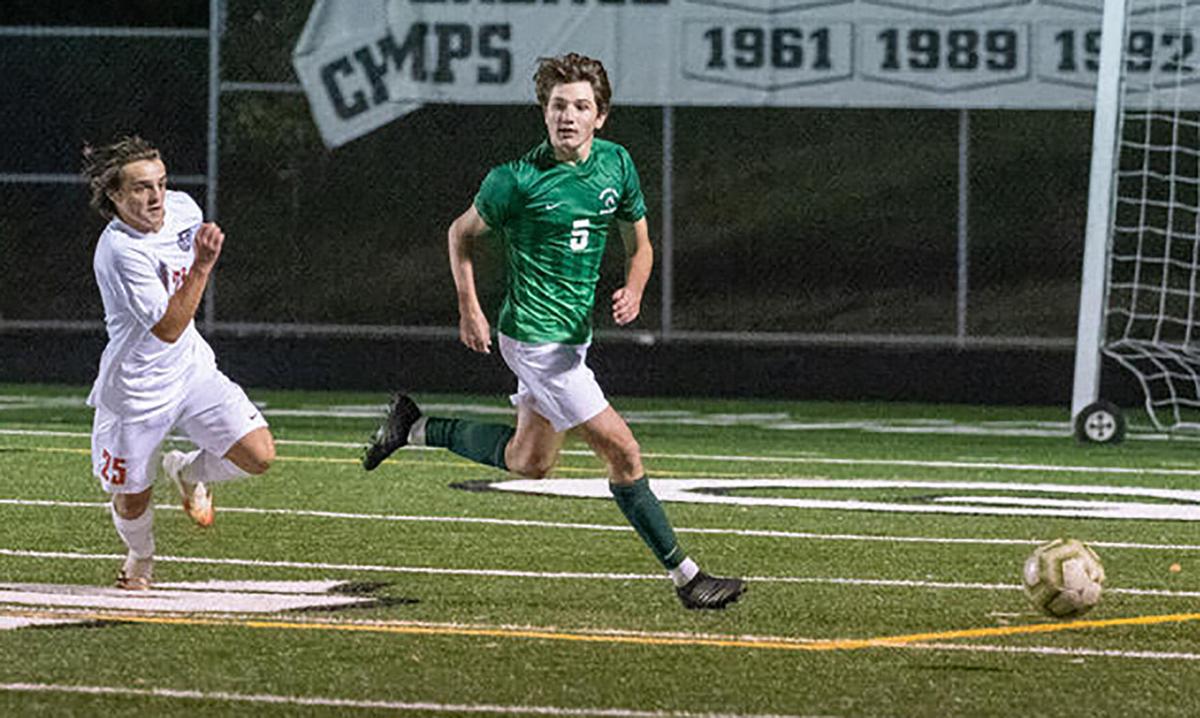 Foster Conlin (5) scans the field while chasing the ball. 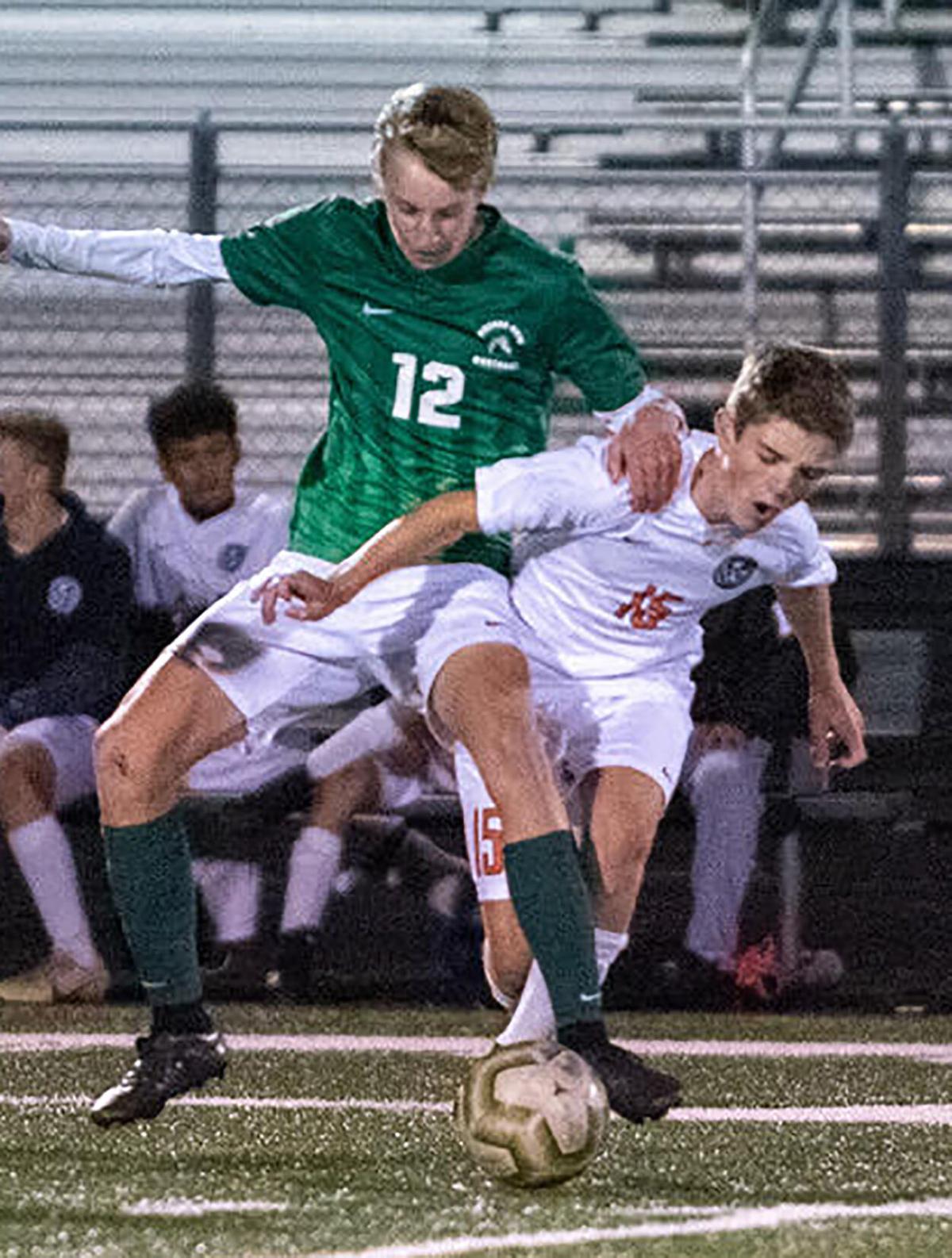 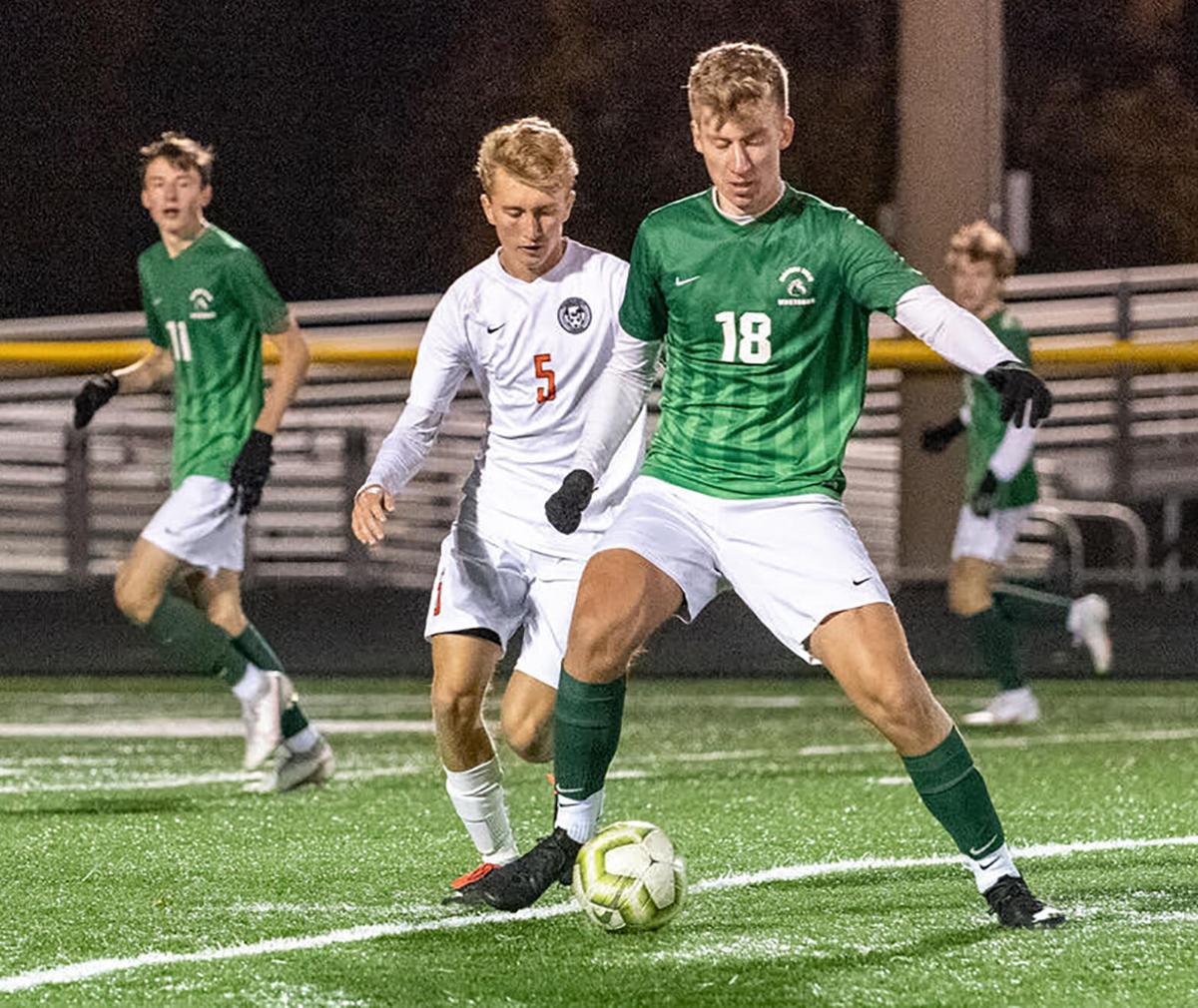 Foster Conlin (5) scans the field while chasing the ball.

The Mounds View boys soccer team lost its opener this year but has not lost since in nine straight matches, although four have ended in ties.

Jude Houle scored both goals against the Bears on Thursday with Uzair Ahmed assisting on both.

“I am very proud of the work they put in night in and night out,” said coach Joseph Warren.

The Mustangs hosted Roseville on Tuesday with the winner officially placing fifth in the conference. See presspubs.com for the outcome of that game.

The Mustangs placed fifth among 10 teams in the regular season, barely missing being one of the top four seeds competing for the title. “These games are still important for us as we prepare for the section tournament which begins Oct. 14,” said Warren.

With stellar play by the defensive back line and senior goalie Alex Catrine, the Mustangs have held opponents scoreless for the last 240 minutes. For the season, they’ve allowed seven goals in 10 games.

“We have a had a rotation of six guys who have shored up our back line, led by seniors Tyler Xiong, Ben Franz, and Noah Greer,” Warren said. “Foster Conlin, our stalwart junior center back, has consistently proven to be very difficult to get past.”