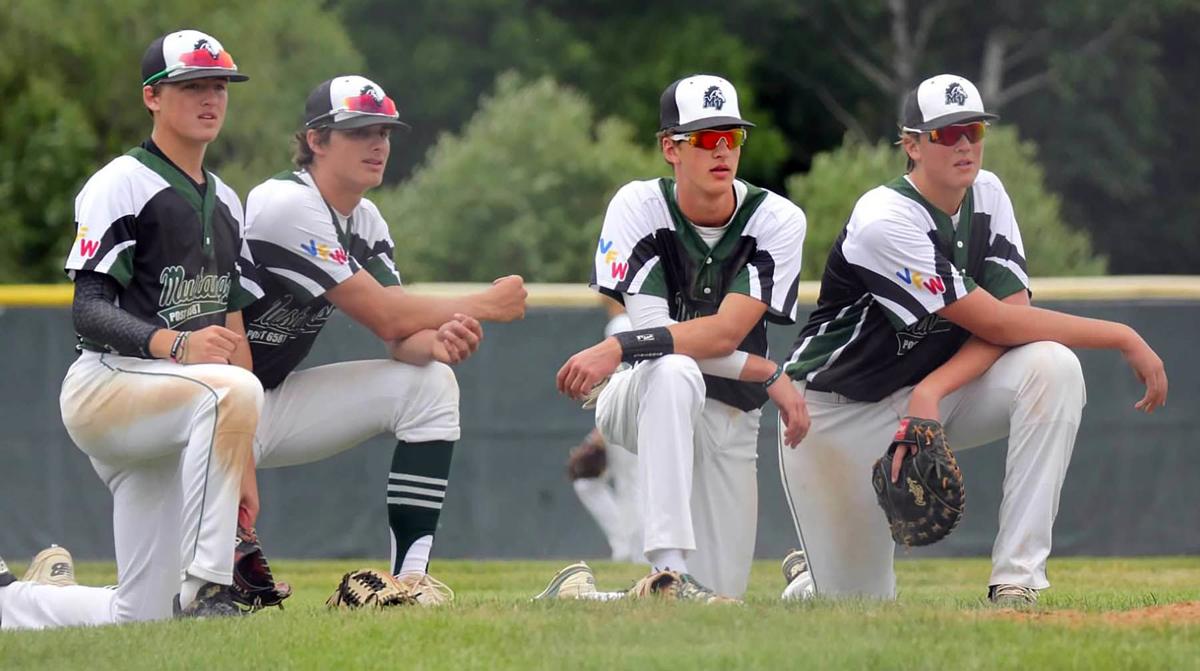 Mounds View VFW players (from left) Andrew Boeser, Logan Grimm  Mason Dean  and Paul Diekoff chat during a pause in the action of a recent game. 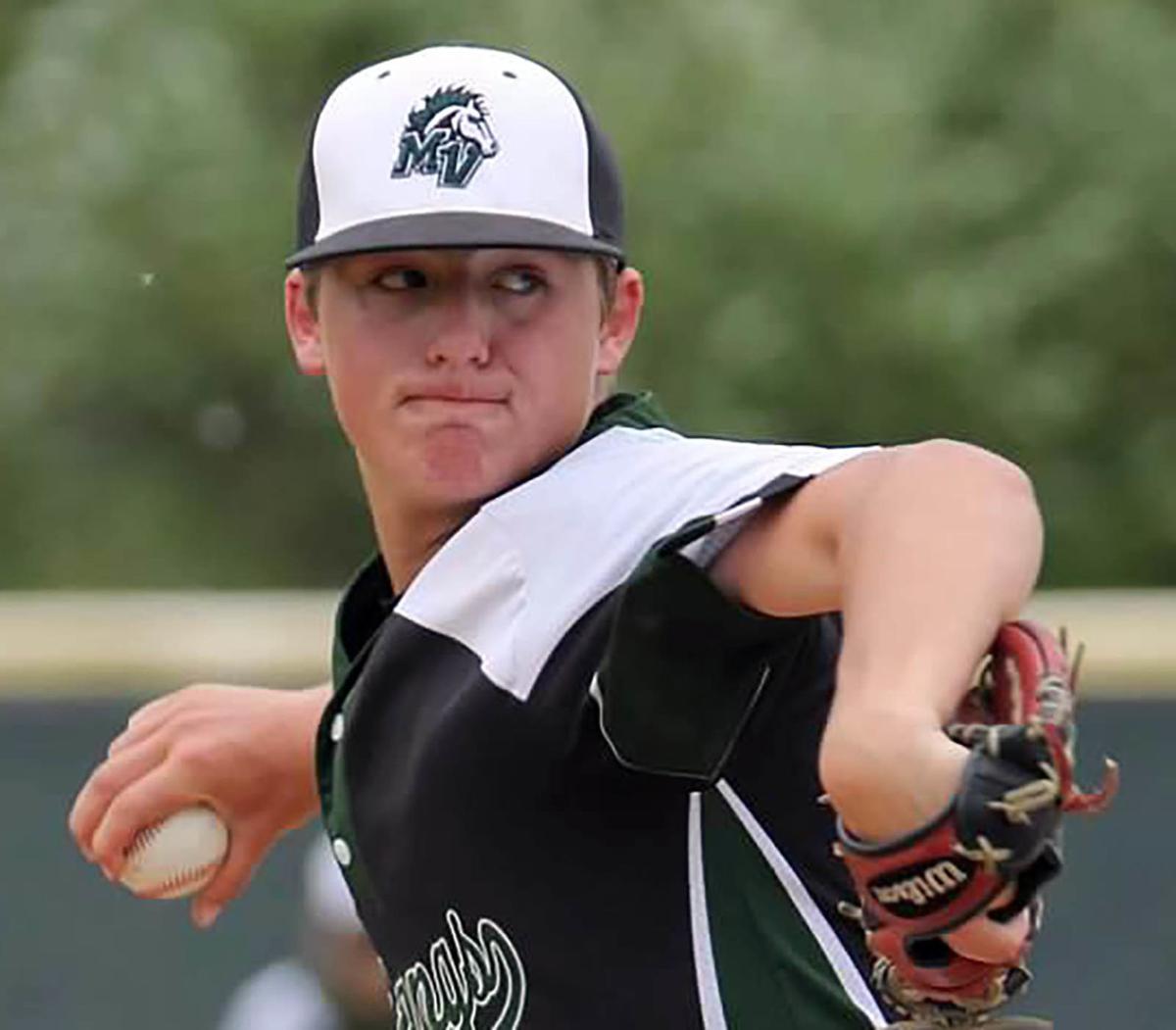 Andrew Boeser has an 8-0 record for the Mounds View VFW, leading a deep staff of starting pitchers. 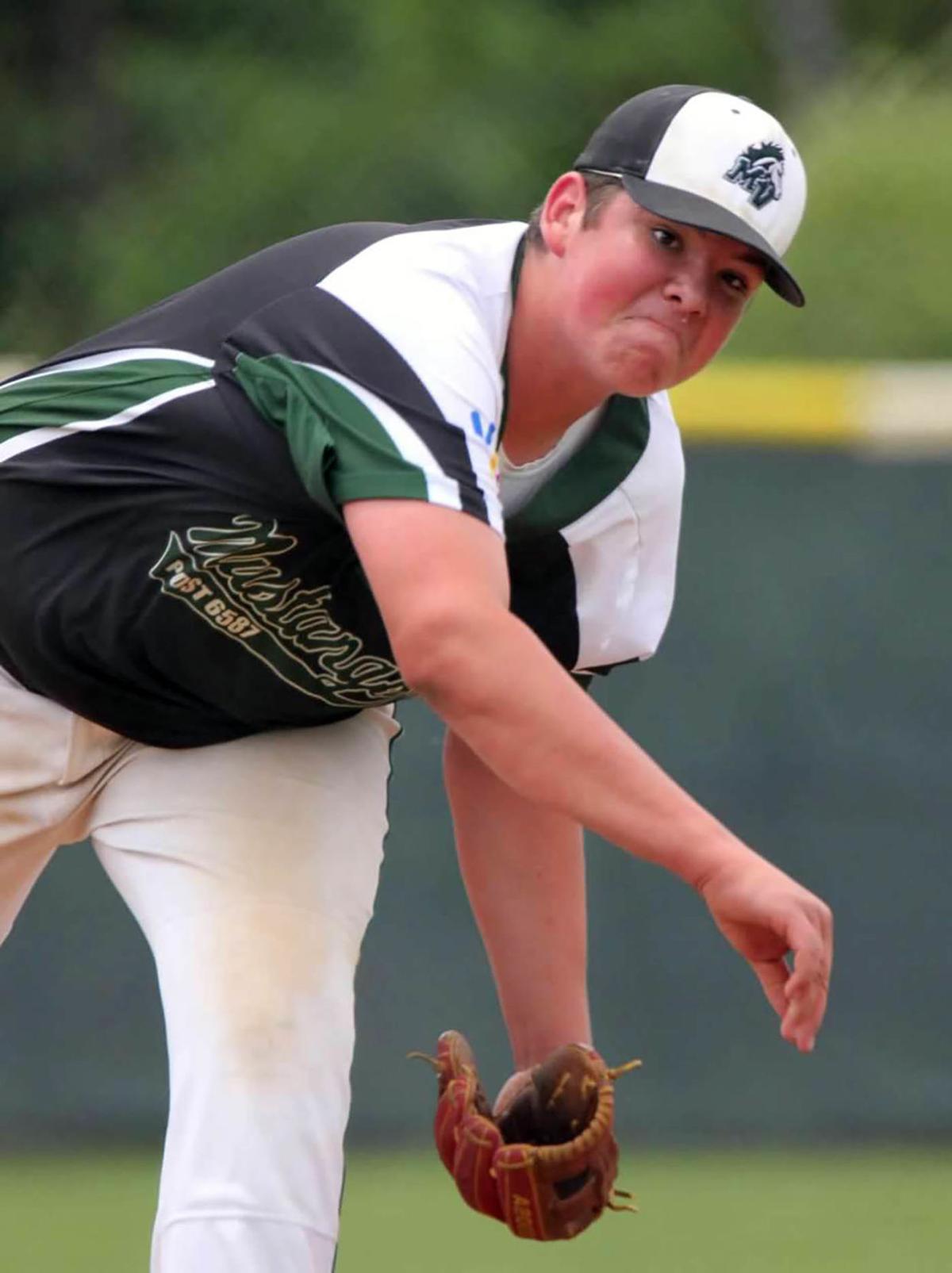 Blake Guerin is one of the Mustang starters. 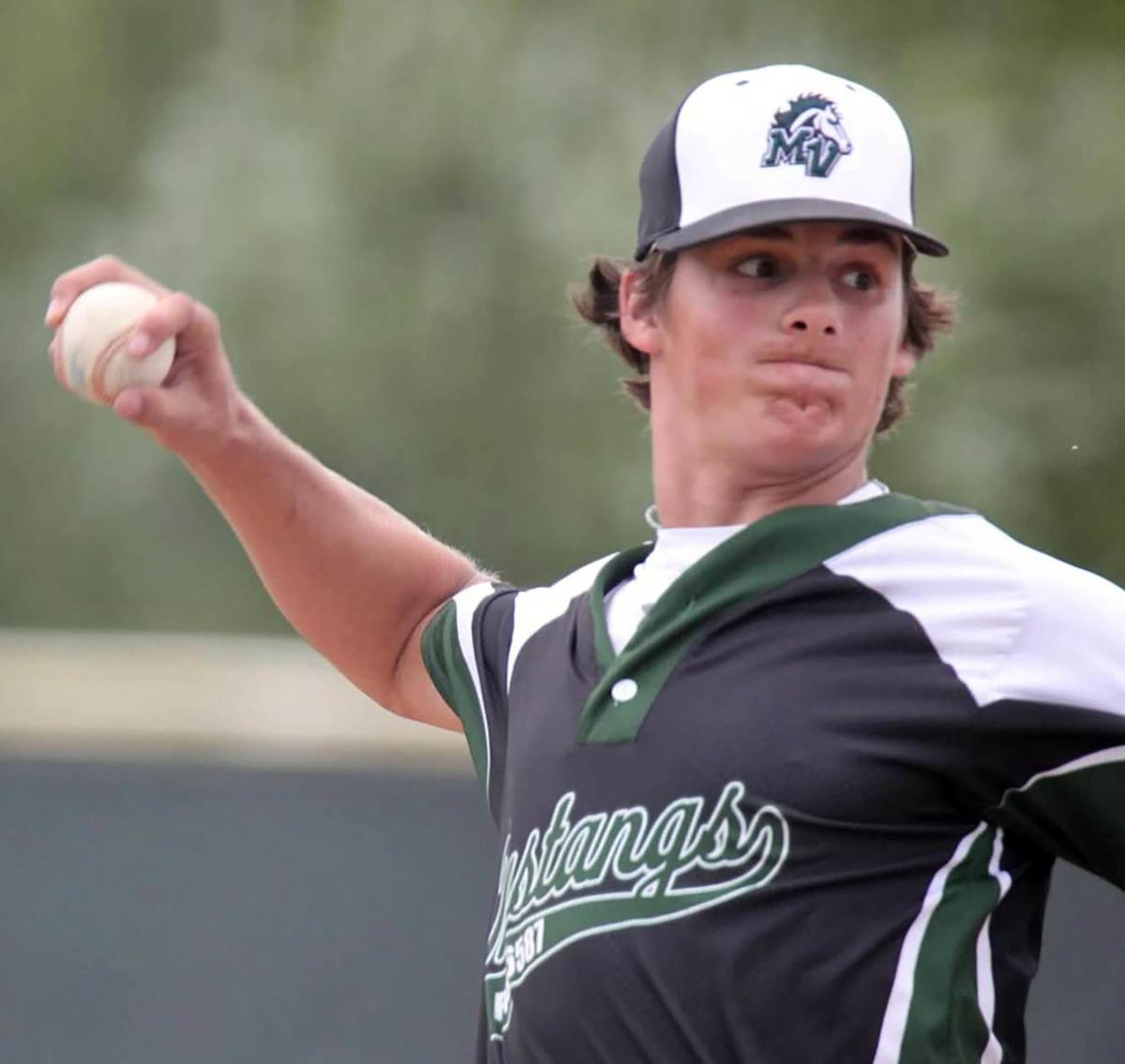 Logan Grimm is one of the Mustangs starting pitchers. 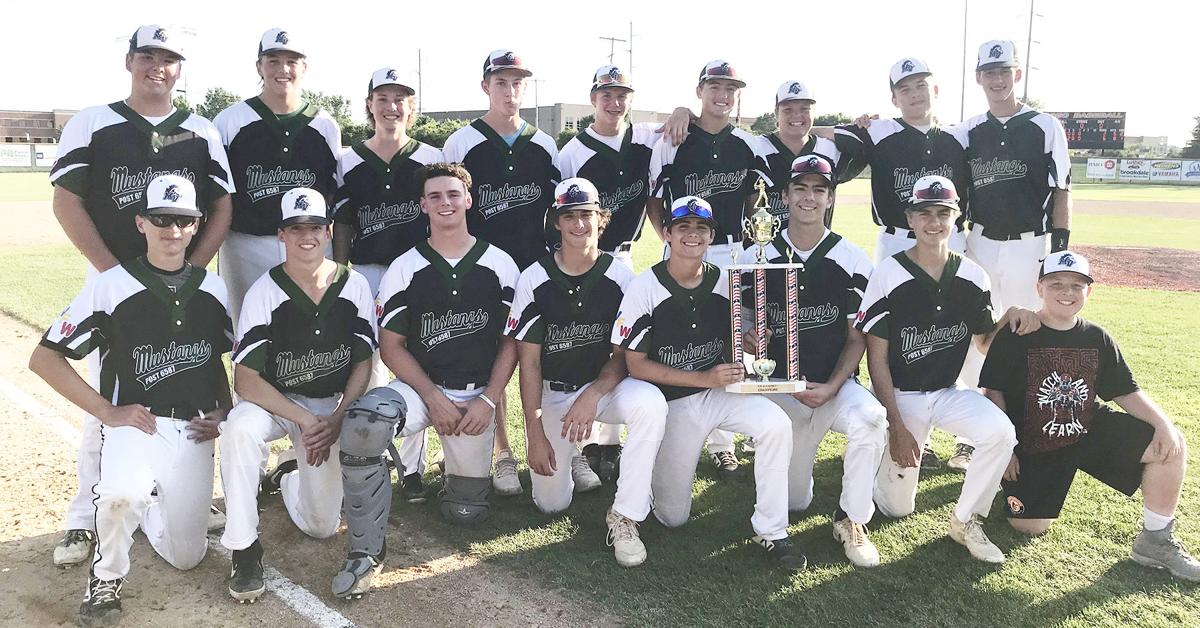 Mounds View VFW players (from left) Andrew Boeser, Logan Grimm  Mason Dean  and Paul Diekoff chat during a pause in the action of a recent game.

Andrew Boeser has an 8-0 record for the Mounds View VFW, leading a deep staff of starting pitchers.

Blake Guerin is one of the Mustang starters.

Logan Grimm is one of the Mustangs starting pitchers.

The Mounds View VFW team earned a trip to the the state tournament after fighting off a couple of upset bids early in the District 7 tournament, then finishing strong.

The Mustangs will take a 30-3 record into the state tournament Aug. 7-11 in Brainerd. Playing in the largest (23 teams) and strongest district, they’re making their first state appearance since 2007, when they placed runner-up.

“We’ve been getting good pitching from a lot of guys and we have seven guys hitting .340 or more,” said coach Darcy Ruff.

Mounds View was top-seeded but had “a tough time in the playoffs” in the first two rounds, Ruff said.

In a three-game series against No. 17 Chisago Lakes, they won 14-0, lost 7-0, and prevailed 2-1 in 11 innings in game three. The winning run coming around on a passed ball and throwing error.

Then the Mustangs edged No. 19 Orono 8-7 in eight innings. Brendan Goldman’s sac fly with bases loaded was the game-winner.

Stellar pitching nailed down the state berth after that. Mounds View beat Centennial 4-1 Saturday as Andrew Boeser threw a two-hitter with eight strikeouts, beat Forest Lake 3-0 Sunday with Will Rogers twirling a three-hitter with nine strikeouts, and capped it off beating Forest Lake again 6-2 Monday as Paul Diekoff scattered eight hits and struck out four.

Against Centennial, Goldman scored two runs and drove home the other two, with a single and double. Diekoff was also 2-for-3 with two RBIs. Against Forest Lake, Rogers, Boeser and Cole Hinkel had RBI hits. In the second game against Forest Lake, Boeser rapped a two-run single and finished 2-for-3, Goldman was 2-for-3 (RBI, two runs) and Rogers was 2-for-2 (one RBI).