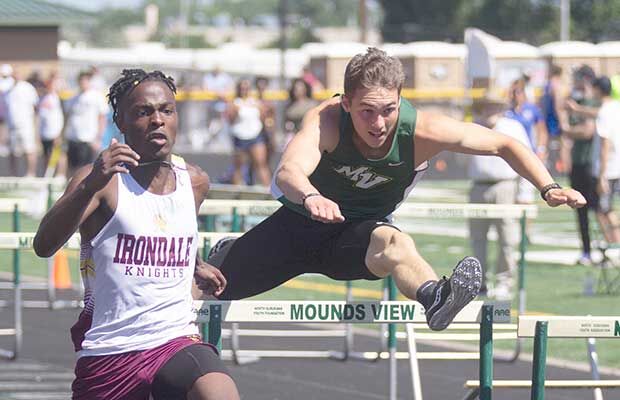 Ben Howlett clears a hurdle on the way to third place in the 110 hurdles. He also took second in the 300 hurdles to qualify for state. 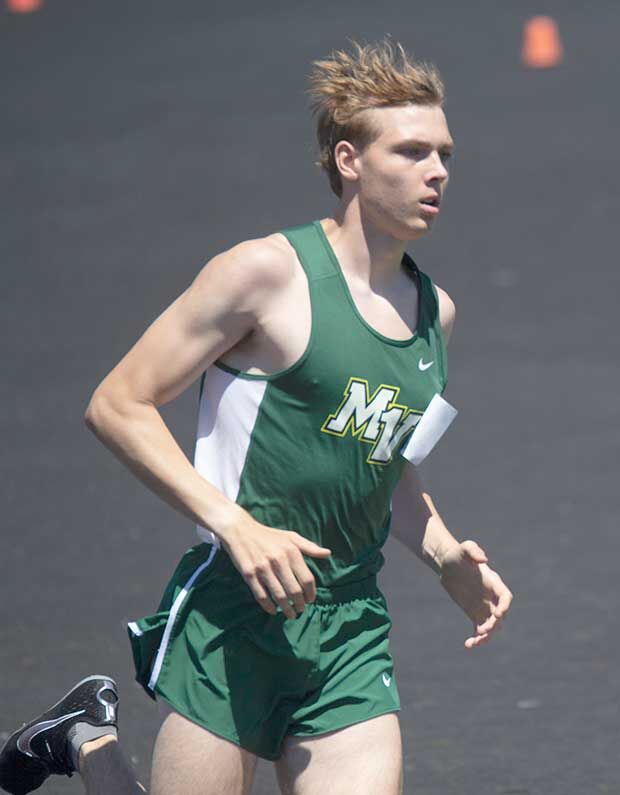 Will Skelly heads down the stretch in first place in the 800. 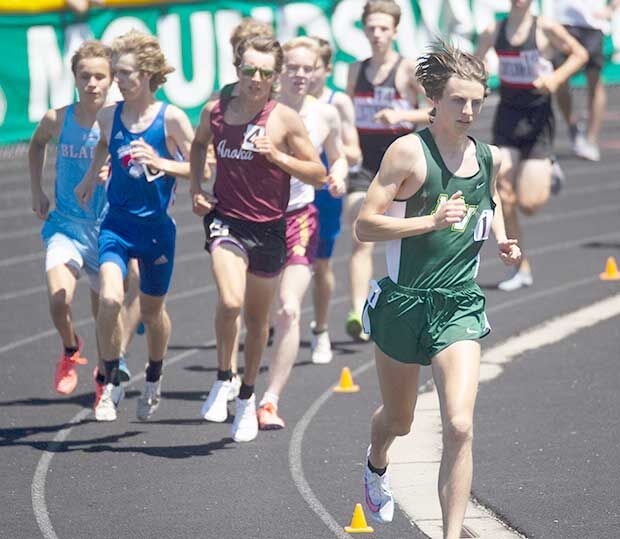 Ben Howlett clears a hurdle on the way to third place in the 110 hurdles. He also took second in the 300 hurdles to qualify for state.

Will Skelly heads down the stretch in first place in the 800.

The Mustang 4x400 team won by almost five seconds with junior Max Derosier, Skelly, McArthur, and sophomore Victor Lelinga hitting the tape in 3:24.17, which beat the best time on the state honor roll prior to sectionals.

“A couple other teams had better times in their sections, though, so we’re probably third going into state,” observed coach Ross Fleming.

“Ben passed three, maybe four, guys in the last 100 meters,” Fleming noted. “He’s not the fastest guy, but he has great technique, which he kept up the whole way. And in the last 40, his heart just took over.”

The Mustangs were missing their best sprinter, Michael Scott, with a quad issue. “He is going to run in college, so we were not going to risk an injury to him,” Fleming said.

In the state Class AA meet, under this year’s Covid-altered schedule, McArthur will run in the 3200 race on Thursday, and the rest of the meet will be held Saturday, with boys starting at 10 a.m. and girls at 3:30 p.m., all at St. Michael-Albertville High School.