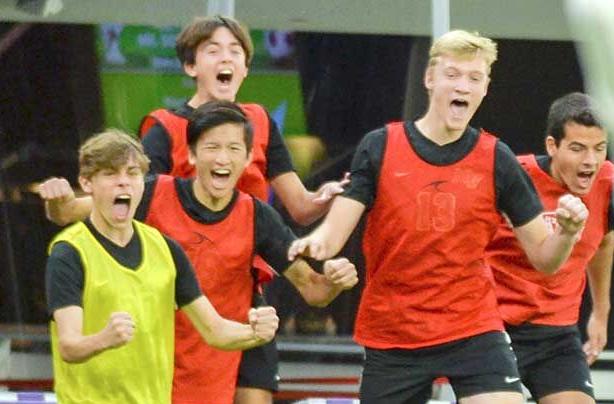 Mustangs on the bench whoop it up after Sam Hoyt’s goal. 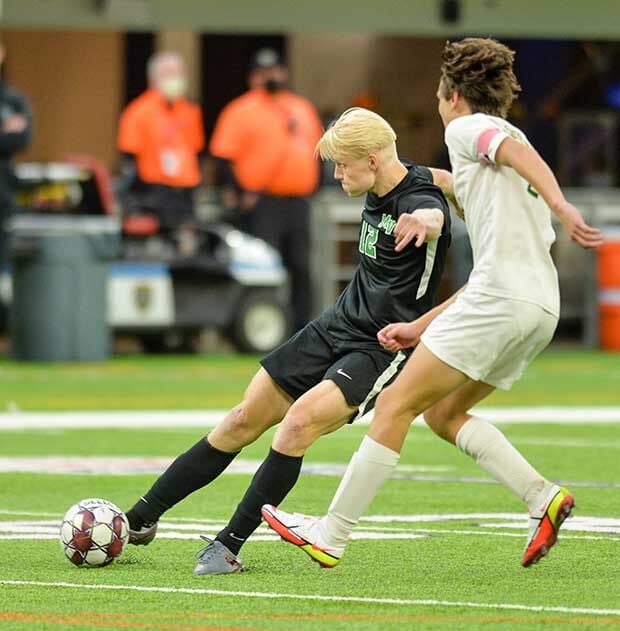 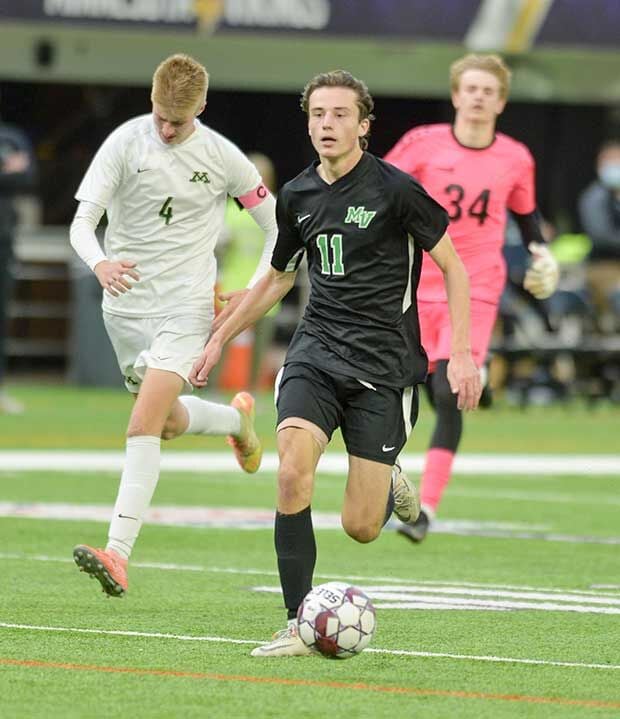 Simon Greer won a footrace with Mayo’s John Hobday and Adam McLellan-Cassivi (4) to score into an empty net with nine seconds left. 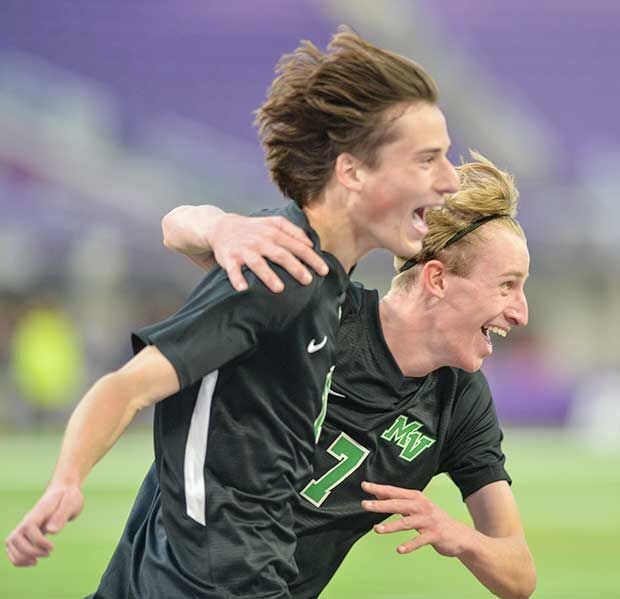 Mustangs on the bench whoop it up after Sam Hoyt’s goal.

Simon Greer won a footrace with Mayo’s John Hobday and Adam McLellan-Cassivi (4) to score into an empty net with nine seconds left.

A unique coast-to-coast goal by Simon Greer in the final seconds capped off Mounds View’s 2-0 win over Rochester Mayo in the state soccer semifinals Wednesday morning.

In the final half minute, Mayo, down 1-0, had a corner kick opportunity and, in desperation, gambled by positioning everyone deep in Mustang territory, including goalie Jack Hobday.

Instead, Max Turchin of the Mustangs fielded the ball and passed to midfielder Simon Greer, who had a rare one-on-one opportunity with an empty net 70 yards away. Greer won the footrace and booted the clincher into the net with nine seconds left.

Sam Hoyt scored the Mustangs first goal, in the 43rd minute, after a scoreless first half. About the goal by Greer, he said, “The defender was tired and Simon is super-fast. I knew he was going to take him. I knew the game was over.”

The Mustangs controlled the ball throughout with 12 shots on goal while allowing just one, in their 11th shutout.

After beating a Mayo team that knocked out No. 10 ranked Rochester Century, No. 2 Lakeville South and No. 5 Minneapolis Southwest (the top seed in the tournament), the Mustangs will face another upstart as Rosemount ousted the last Top 10 team still in the tournament, No. 8 Duluth East, 2-1 in the other semifinal.

This is Mounds View’s 16th state tournament and sixth time in the finals. They were champs in 1977 and runner-up five times.