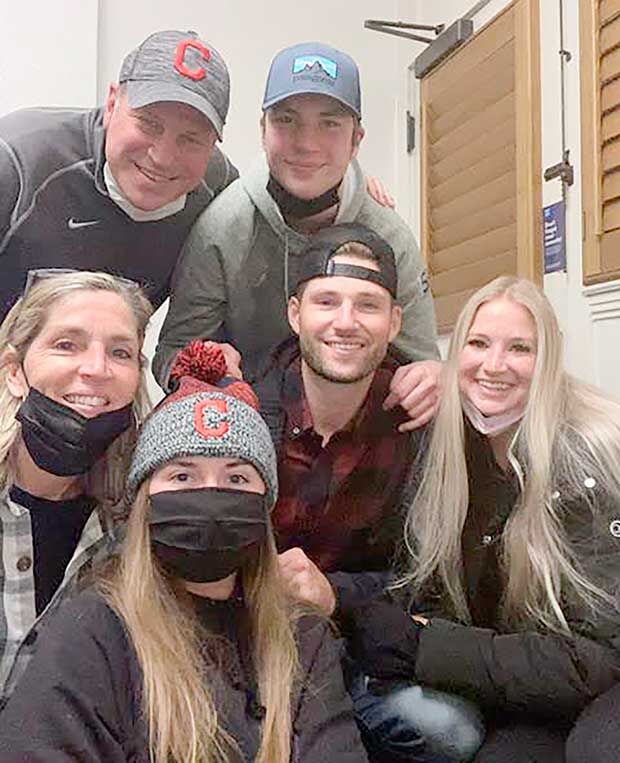 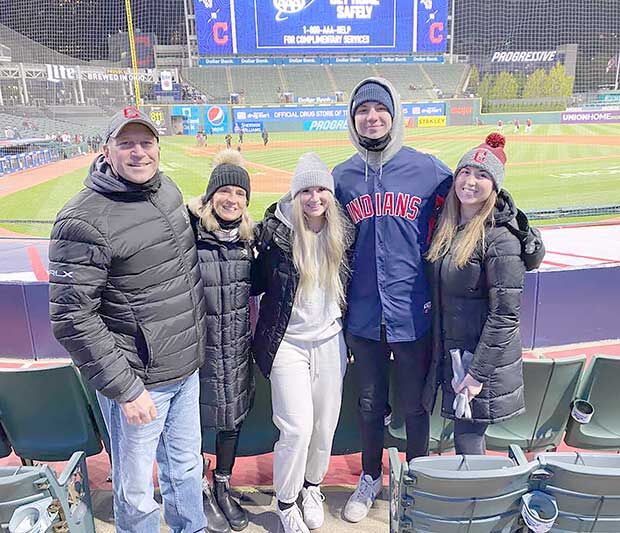 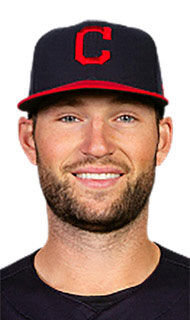 Mary and Dave Hentges of Shoreview received a couple exciting phone calls recently from their son Sam, who has a pretty cool job in Cleveland.

That team is the Cleveland Indians. Sam Hentges, who signed with the American League club upon graduation from Mounds View High School in 2014, was getting his shot at the major leagues after six minor league seasons and the non-season of 2020.

Six nights later came another cheery call after Hentges picked up his first big-league win, in a relief role, throwing one 2/3 scoreless innings, allowing two hits, in a 7-3 win over the New York Yankees on April 25.

“We had a party here that night,” Dave Hentges reports. “Sam did call us. He told us he had a shower in the locker room — his teammate had poured water and pop over him. They do that when you get your first win.”

The 6-foot-6, 245-pound right-hander’s big league baptism has been rough for the most part so far. Through Sunday, in six games, including two starts, he had a 1-1 record, throwing 15 1/3 innings, allowing 23 hits, 11 earned runs, and nine walks, while posting 15 strikeouts.

He got knocked out in the second inning against the Los Angeles Angels, giving up six runs in 1 2/3 innings, including a long homer by Shohei Ohtani, the Angels’ Japanese slugging/pitching sensation, on May 18.

Hentges’ ERA was 6.45 heading into his third start, scheduled for May 24 against Detroit.

His parents have flown to his games three times so far, and planned to be in Detroit on Monday night.

Mary reported that the ball club immediately provided her and Dave with airline tickets to Cincinnati (where they were playing) and two days hotel accommodations, so they could join him for his entrance in the big leagues.

“The Indians are a wonderful organization,” Mary said. “He didn’t play in either game in Cincinnati, so we were a little disappointed in that, but it was also very exciting.”

Mary and Dave made another flight the following Tuesday on their own, this time taking their other two sons, and Sam's fiancé, to Cleveland, and were on hand for Sam’s debut when he pitched one inning against the Chicago White Sox. They have also journeyed to Kansas City for a couple games.

His minor league stats have not been outstanding with an overall record of 17-28, including a 2-13 mark and 5.11 ERA in Akron, a Class AA team, in 2019. However, the Indians had a lot money invested in him, and still liked what they saw.

During the pandemic year of 2020, when minor league ball was canceled entirely and the big leagues had a belated 60-game season, Hentges was stationed at the team’s “alternate site” in nearby Lake County, Ohio, for players they might need to call up in an emergency. Hentges performance in workouts there were encouraging, according to reports.

“His progress was pretty good, with his spin rate, and his velocity, including throwing a couple 100 mph pitches,” Dave said. “He had a good spring training, in both 2020 and 2021.”

Hentges was back at the alternate site to start the 2021 season, and after two Indians starting pitchers struggled in April, the club called him up.

“His curveball has been really good,” manager Terry Francona was quoted, on a fan web site. “His fastball velocity has been as advertised. If he throws strikes, he’s probably going to give himself a pretty good chance just because of his stuff.”

"The Mounds View High School and Shoreview Area Youth Baseball communities are extremely excited for Sam,” stated Downey, who coached Hentges. “We're really enjoying the fact he's worked himself into a position where we can watch him pitch in the big leagues. I purchased the MLB TV package so that I can watch Sam when he's pitching."