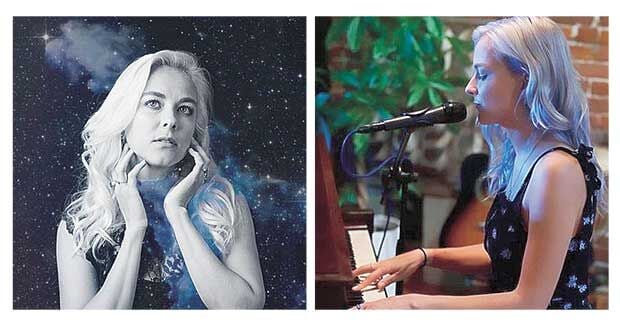 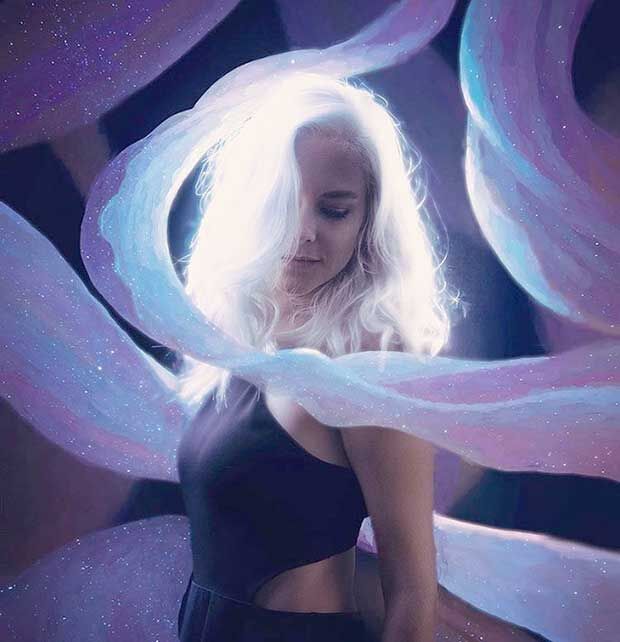 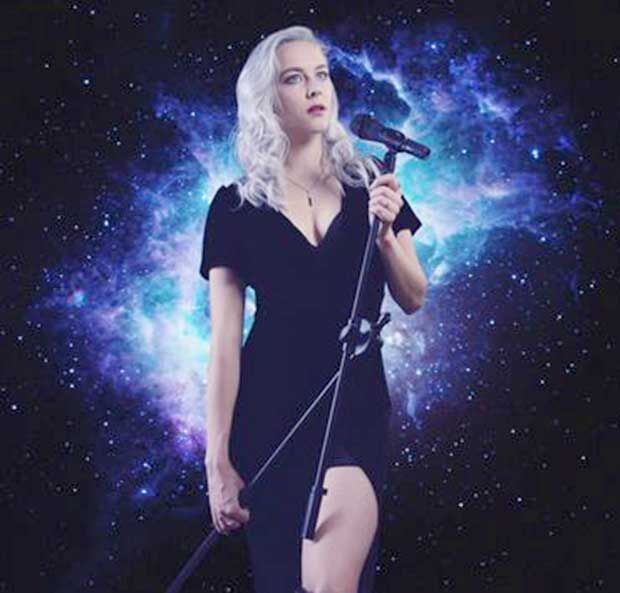 Lauren Nicole Tomhave began to sing as soon as she could talk, and her love for music grew along with her.

She started learning guitar around age 8, began songwriting around age 10, and started piano lessons at age 11 while growing up in Shoreview with her parents Doug and Wendy Tomhave and siblings Derek and Megan.

“I knew from a young age that I wanted to pursue music and be a positive role model for people,” Lauren said. “I grew up with a dad who loved to sing, play guitar, play piano and write songs, so I grew up singing with him at campfires and family get-togethers. I really looked up to my dad and his passion for music — and still do. He certainly had the biggest impact on my life regarding music at the time. We would play lots of music together, and he would be so ecstatic when I’d show him a new song I wrote.”

“I feel so blessed to have been able to attend Mounds View High School. The choir program was phenomenal, and really helped me hone my singing and sight-reading skills,” she said. “I was also mentored and inspired by the choir director, Mr. Espe, who accepted me into concert choir as one of the only sophomores that year. He really believed in me, and I’m so thankful for that.”

Growing up, Lauren said she always knew she loved to sing and create music. She had big dreams of being on “American Idol” or something like that.

“I always had lots of people telling me I should try out for singing competitions, and I think that helped motivate me to believe in myself,” Lauren said. “Music has always been my heart’s calling.

I feel so fulfilled when I create and perform music, and I want to be able to inspire and empower others with my music as well.”

After high school, Lauren attended Arizona State University thinking about a business, music or theater degree. She said her parents wanted her to have a backup plan, and discouraged her from pursuing a degree in the arts.

During her first year in college, she had built up a catalogue of original songs that she wanted to release. She started recording and building her brand as an artist. Leading up to her first EP release, she released covers on YouTube and SoundCloud. Lauren knew the music industry was very competitive, but she decided, “If they can do it, so can I!”

“The summer after my first year, I had a conversation with my brother that made me realize that if I really wanted to pursue music, then I shouldn’t be in Arizona,” Lauren said. “I decided I needed to be in California, so I moved back to Minnesota to attend Century College for a year while I applied to schools in Southern California. For my last two years of college, I attended the University of Southern California and graduated in 2017 with a bachelor’s degree in communication.”

After having an out-of-body experience that completely changed her perspective on life, Lauren began writing music for her first full-length debut album, “Ascend.”

“I started writing the music for it around 2016. I realized that we are infinite spiritual beings having a temporary human experience, that our consciousness/soul exists past this physical incarnation and that we are all connected,” Lauren said.

“Since then, I have experienced a series of spiritual awakenings that have profoundly impacted my worldview and how I show up in the world. These experiences inspired me to create music that will heal, empower and remind people of our oneness. I started getting what I refer to as ‘channeled downloads from the universe,’ where new songs will pop into my head clairaudiently while I’m in a flow state or in meditation.”

Lauren said the the album “Ascend” delves into concepts of universal consciousness, self-awareness and spirituality, as well as choosing love over fear. It is going to be a unique blend of Indie pop, alternative dance, indietronica and house music. She also decided to use the stage name Lauren Nikohl for her music.

“This is the first big project I’ll be self-producing. In the past few years I’ve really been developing my sound and style,” she said. “I don’t have an official release date yet, but I’m thinking early 2022.”

The first single off the album, “Energy,” was released Sept. 24. Nikohl describes the song as an upbeat dance track about infinite nature. “Energy cannot be created nor destroyed, it can only transform. What we think of as ‘death’ is really just a transition of energy, a change of perspectives and worlds,” she said.

Lauren and her partner of 11 years, Jeff Landby — a Mounds View High School alumnus who also grew up in Shoreview — moved to Los Angeles in 2015 and have a calico cat named Cali.

“One great thing about Los Angeles is that you will never be bored. There are countless concerts, art performances, and other events to attend. Jeff and I particularly love going to house and techno shows to dance all night, and these shows greatly influenced my musical style. I’ve been able to network in Los Angeles in ways that I don’t think I could in Minnesota — the culture out here is very creative and like-minded, and I’ve been able to meet amazing musicians, producers, marketing creatives and more from going out to various music events and performing at different venues,” Lauren said. “For a music lover and creator, Los Angeles is such a magical place to be. You definitely have to keep an eye out, though, for people who have greedy or selfish intentions, because there are plenty of people in LA who are just looking to get ahead or scam you. I’ve learned a lot about discernment living in Los Angeles, and about aligning with people who have similar values and intentions.”

Lauren said her family is super supportive of her music, and very open-minded about her spirituality.

“My parents are my biggest fans, and will routinely message me that they had a ‘Lauren Nikohl night’ where they binge all my YouTube videos,” she said. “I also have two grandparents in Shoreview, Jim and Joanne Ford, who love hearing about my music, but I think they’re also a little worried about me living in Los Angeles,” she laughed.

Lauren recalled memories of the Minnesota city she was raised in and loves.

“Shoreview is such a wonderful place to grow up. I lived within biking/walking distance to at least five different lakes, and people in Los Angeles think that’s amazing when I tell them that; we really take it for granted,” she said. “My absolute favorite thing to do every summer growing up was to bike to the Slice of Shoreview.”

To learn more about Lauren Nikohl and her music, use the following social media links:

Great interview and article Nicole about one of Shoreview’s finest that included the role our parents, the community and teachers can have in a young persons life. Congratulations Lauren and best wishes on your continued success!