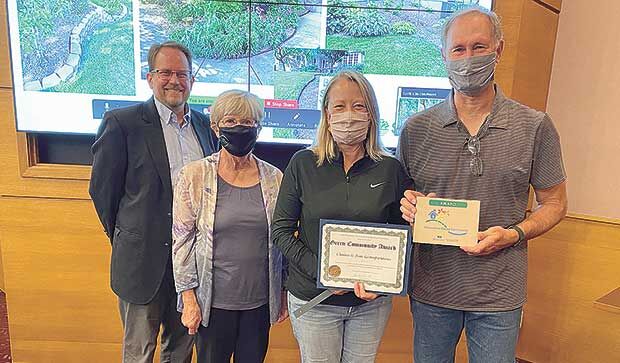 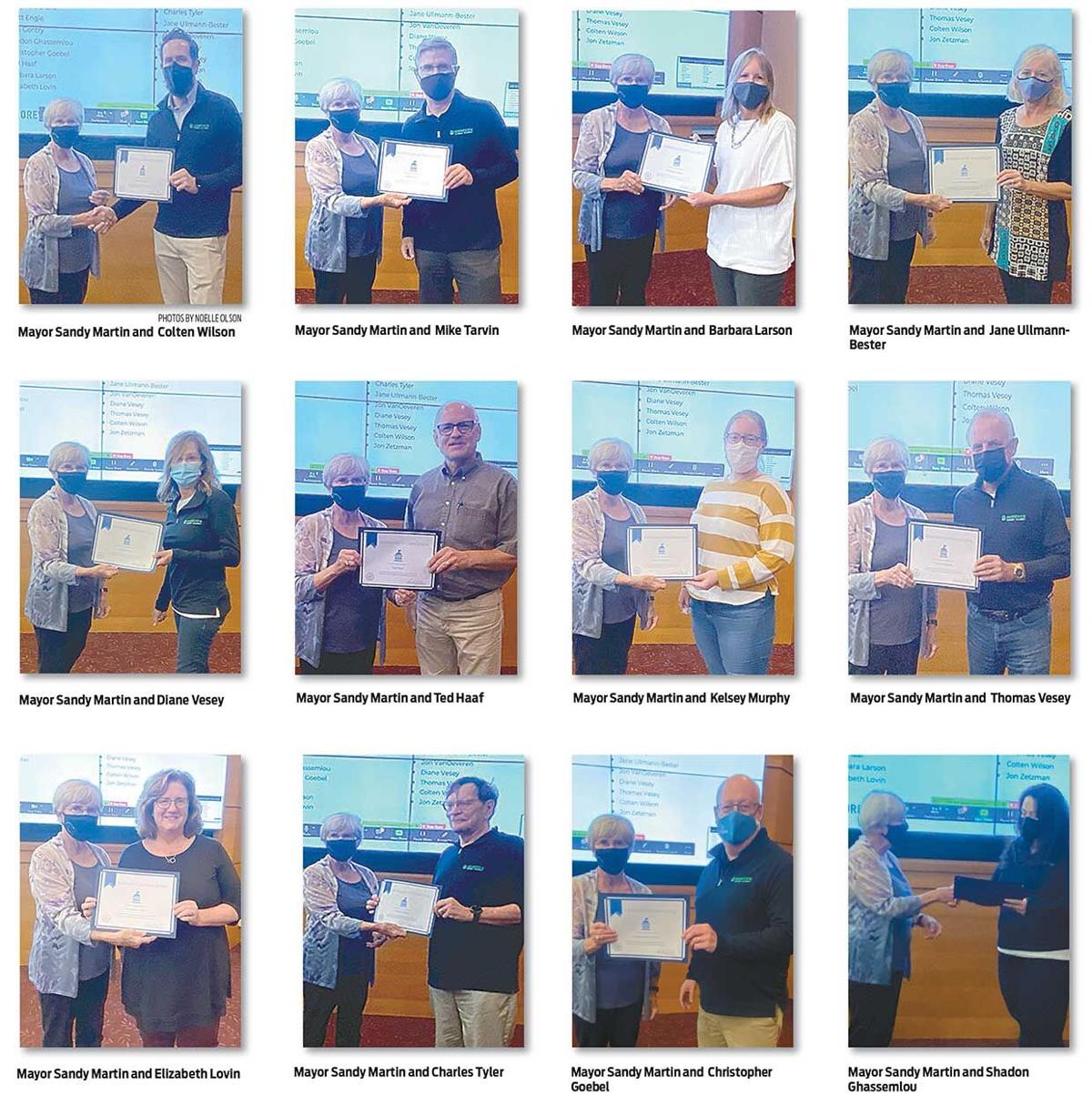 Tim Pratt, longtime chair of the Shoreview Environmental Quality Committee, recognized residents and businesses who enhance the environment for the city of Shoreview with an awards presentation at the Shoreview City Council meeting.

“It's just wonderful to see the work that these people came up with,” Pratt said. “We have to recognize all the hard work of all the committee members over the years and the generous support that you, the council, has provided, because that's what makes this program resonate.”

The winners this year are:

• Marsha Kurka: Worked with partners to create a rain garden in a low area that continually flooded, solved a drainage issue, improved aesthetics of the landscape and created a beautiful and usable space. She also increased habitat for pollinators and other wildlife.

• Thomas Reynen and Stephen Gryzan: Worked with the county to solve a water quality issue at their property on Lake

Emily, installed a drain to catch rainwater and infiltrate it into the ground, and installed dry creek beds and rain gardens to help with infiltration.

• Claire and Jim Graupmann: Had a problem getting turf grass to grow in sunny parts of their yard and worked with the Rice Creek Watershed District to plant multiple pollinator gardens to increase habitat and minimize turf grass.

• Julie and Justin Yarrington: Worked with the Rice Creek Watershed District to manage an overly sunny south-facing slope on their property. They planted a large pollinator garden across the whole area from seed in order to reduce the turf grass. The project is in year two, and native plants have started to flower after getting established.

The Shoreview Citizen's Academy is a six-week program that covers all aspects of local government and how the city of Shoreview operates compared to other communities. Nineteen people participated in the class of 2021.

“We try and make it fun and interactive for people while learning about the city,” Schwerm said. It was an excellent demographic mix, he noted, “both in people where they live in the community as well as different ages.”

The mayor said that with Schwerm's upcoming retirement, she wants the public to know that the City Council takes the responsibility of finding a new city manager very seriously.

“We have some very excellent candidates, and we're going to be starting interviews soon,” Martin said. “But I just want people to know that we know what we had, and we know what we're looking for.”

She also said members of the City Council hope to have a decision on the city manager position by mid-October.

Noelle Olson is a staff writer for Press Publications. She can be reached at shoreviewnews@presspubs.com or 651-407-1229