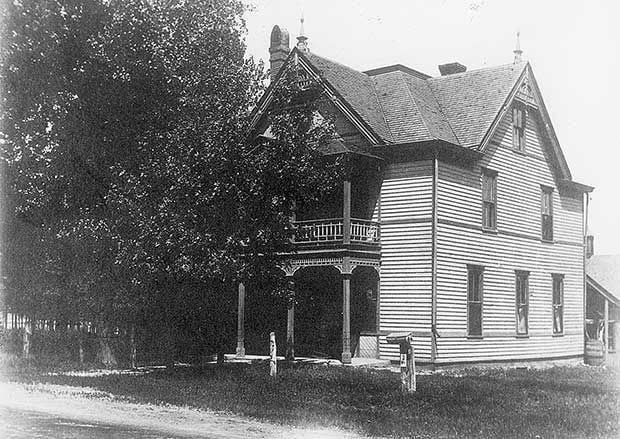 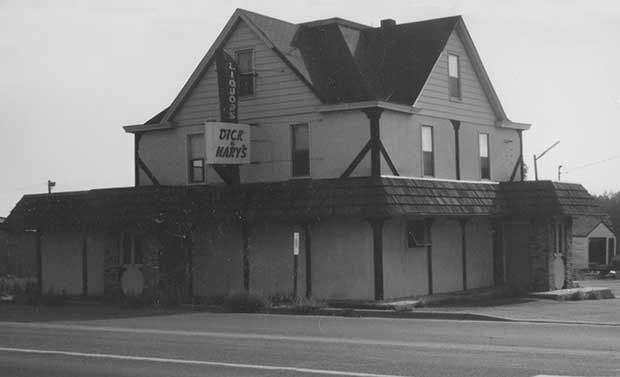 The St. Marie Boarding House became Dick and Mary’s Bar in the 1950s and served customers for 30 years before it was demolished to make way for a Hardees Restaurant. Today it is a Caribou Coffee. 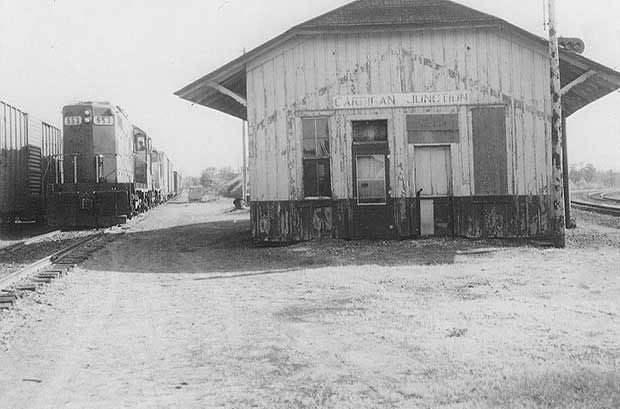 The St. Marie Boarding House became Dick and Mary’s Bar in the 1950s and served customers for 30 years before it was demolished to make way for a Hardees Restaurant. Today it is a Caribou Coffee.

You might not know it to look at it — that is, if you even dare to drive along it these days because of the Ramsey County Rice Street bridge construction project — but a lot of interesting history is buried along that stretch of road west of Vadnais Lake that runs south over I-694 directly into Little Canada and Shoreview.

After Vadnais Heights was founded in the 1840s by French Canadian farming families along the east shore of Vadnais Lake (today’s Edgerton Street and Centerville Road intersection), other families followed, not only to farm around Vadnais Lake and nearby but also to create new businesses. One of those families — the Basil and Celine Ste. Marie family — ran a boarding house beginning in the 1880s on the east side of Rice Street. To be exact, the northeast corner of Rice Street and Country Drive in Little Canada, where Caribou Coffee now sits. The Ste. Marie family catered to railway workers and passengers at the Cardigan Junction Depot. The depot sat west of the boarding house and Rice Street along the Soo Line track (on North Owasso Boulevard, Shoreview). Today, a credit union and Burger King restaurant occupy the depot space.

From the Shoreview Press, Nov. 2009, by historian Jack Koblas: “Cardigan Junction, the Sault Ste. Marie and Atlantic Railroad’s switching point, was built in 1888, halfway between Lake Owasso and Vadnais Lake, at a cost of $3,700. Commonly known as the Soo Line, the railroad built its first station house in Minnesota at this site. Lines from St. Paul and Minneapolis came together at Cardigan Junction. Cars were uncoupled and transferred to sidetracks, where they were reassembled into new trains bound for the Twin Cities.

Cardigan Junction had a 20-by-80-foot depot and was operated around the clock by a telegrapher. The manager’s family also lived in part of the depot. Railroad tycoon James J. Hill had bricks for buildings on his North Oaks farm delivered there, then transported by horse and wagon to his farm. How Cardigan Junction received its name is not known, but many believe the general manager of the Soo Line named it in honor of Lord Cardigan, who led the Charge of the Light Brigade in the Crimean War (1853 – ’56).

Here is an interesting side note to the name “Cardigan”: One of the newer buildings on the east side of Rice Street, just south of the Ste. Marie boarding house and Cardigan Junction Depot locations, is Cardigan Ridge Senior Living. Time marches on.

But, let’s travel back in time to Ste. Marie’s boarding house … Sometime around the 1920s — the “Roaring ’20s” — the boarding house became the Oak Leaf Tavern, a “chicken shack” that catered to bootleggers and gangsters. The building directly next door/north of Oak Leaf Tavern may have been Green Gables, reported to be “a tough gangster bar.” St. Paul’s northern communities — especially heavily wooded lake areas such as Vadnais Heights, Little Canada and Shoreview — were safe havens for the big-name gangsters like Dillinger, Ma Barker and “fixer” Harry (Dutch) Sawyer, who worked out a deal with the St. Paul police chief. The chief promised he would leave the gangsters alone as long as they committed no crimes locally.

By the 1930s the criminals had worn out their welcome, and the next storied business to occupy the lot next to Oak Leaf Tavern would eventually become known as the Vadnais Inn. It was demolished last year to accommodate the current Rice Street bridge construction. A 2018 “City Pages” headline for a tribute article to the Vadnais Inn described it as “the suburbs’ purest dive bar.” In the 1930s the Vadnais Inn was a convenience store and tavern — Toot’s Tavern, run by Emily Millette, a young widowed mother of four who was given the property by her parents so that she could support herself and her children. In time, Millette remarried and she and her husband, Dick Fenstermaker, operated the business together.

The building was used as a house until it was reopened as a bar years later. According to the Vadnais Heights Press: “In recent years, it has been run by a couple whose romance budded at the bar. Kris John met her late husband Butch while he was working and she was a patron. He worked at the bar for about 30 years before he passed away two years ago. She has been working at the bar for about 25 years.”

In the 1950s the Oak Leaf Tavern — originally the Ste. Marie boarding house — was bought by Dick and Mary Jacobsen; Dick and Mary’s Bar served customers for 30 years before the building was razed to make way for a Hardees Restaurant. Today it is a Caribou Coffee. “Tomorrow” — within 10 years, perhaps — it could be something else entirely, maybe a trendy throwback kind of business, like a mom-and-pop store. Who knows? Only time will tell.

Nicola K. Hyser is a local writer and the editor of “Reflections from the Lake: A 160-Year History of the Vadnais Heights Community” by Rose-Ellen Soler. Free copies of the history book are available at Vadnais Heights City Hall.