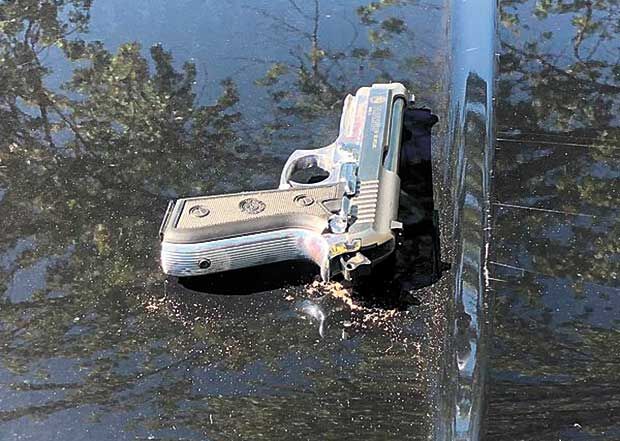 The handgun used to fire at law enforcement squad cars. 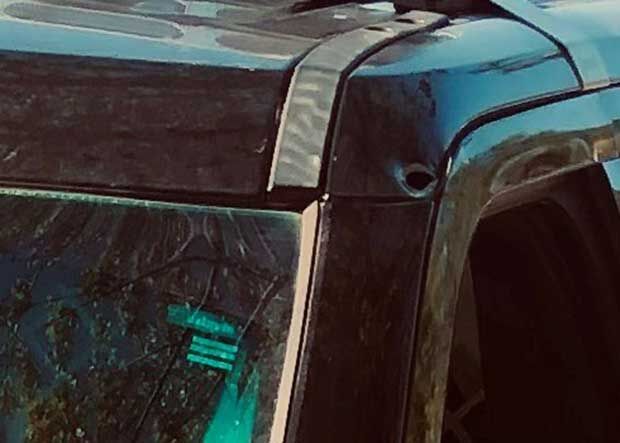 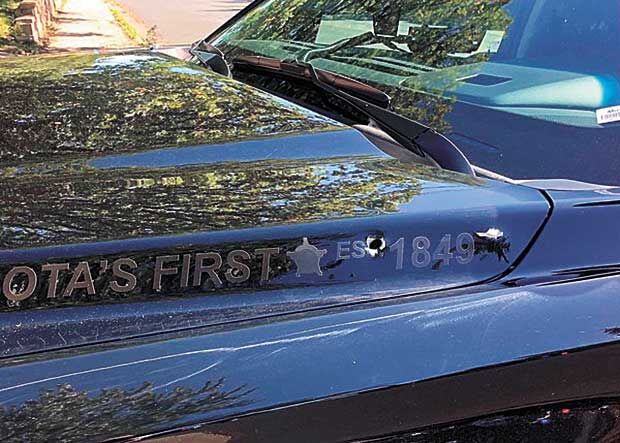 The handgun used to fire at law enforcement squad cars.

RAMSEY COUNTY — On Wednesday, September 22  at approximately 10:40 a.m., Ramsey County Sheriff’s deputies assisted the Mounds View Police Department at a felony domestic assault that involved the discharge of a firearm at AmericInn by Wyndham, in the 2200 block of Mounds View Boulevard. Shortly thereafter, a witness reported seeing the suspect in the area of the Mermaid Bar & Grill.

Upon arrival, law enforcement ensured the victim of domestic violence was safe and obtained information about the suspect’s description. As officers and deputies located the suspect in the area of the 5200 block Pinewood Court, the suspect raised a handgun and fired at the approaching squads, striking a Mounds View police officer’s squad car just above the driver’s side windshield and a Ramsey County deputy’s squad just below the driver’s side windshield, narrowly missing both officers. Fearing for his life and the life of others, the deputy who was fired upon used his vehicle to stop the threat.

Following the suspect being struck, officers and deputies immediately began rendering first aid and requested emergency medical services. The suspect was transported to the Hennepin County Medical Center. A cocked handgun was recovered at the scene.

The Mounds View Police Department and the Ramsey County Sheriff’s Office will be conducting criminal investigations into the domestic assault and two attempted homicides of peace officers. The Minnesota Bureau of Criminal Apprehension will investigate the officer-involved use of force incident.

The identity of the suspect will be released by the Bureau of Criminal Apprehension.