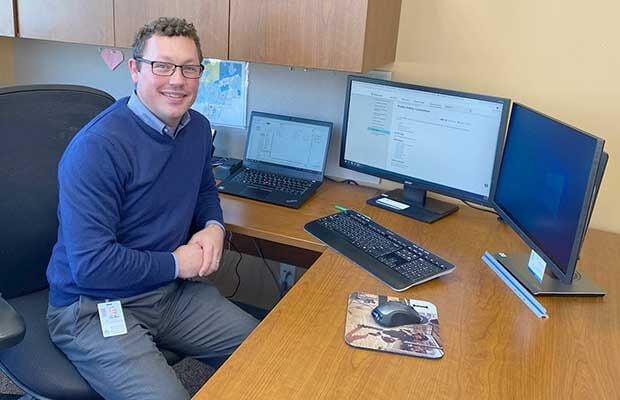 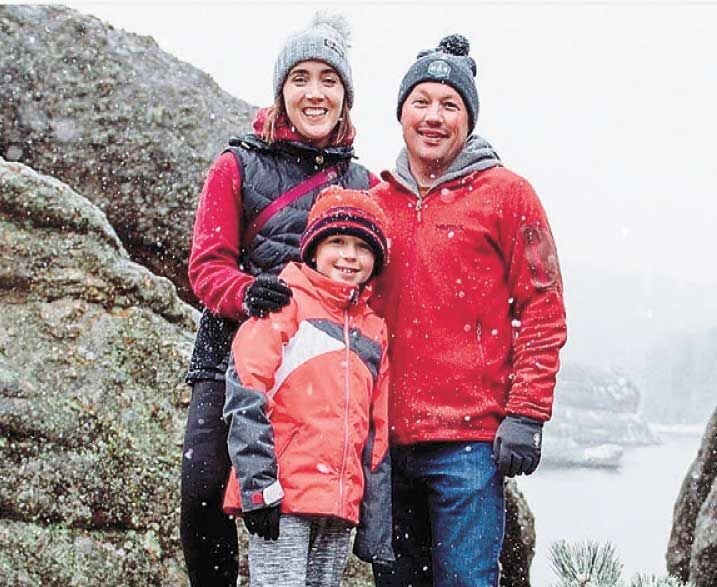 For the first time in 28 years, Shoreview has a new city manager — Brad Martens.

Martens replaces former City Manager Terry Schwerm, who retired after 28 years of service to the city of Shoreview. Earlier this fall, the Shoreview City Council hired Martens; he started his new job as city manager Dec. 6.

During Martens’ first week, he met with all of the department heads and stopped in to chat with Mayor Sandy Martin. “It’s been great getting to know the team,” he said.

Martens grew up on a dairy farm in Lafayette and went to New Ulm High School. He got his bachelor’s degree at Minnesota State University Mankato where he majored in recreation parks and leisure services with a minor in urban regional studies.

“I started in the parks field. My first full-time job was for the city of New Brighton working in the parks and recreation department doing teen programming and booking birthday parties at the indoor playground,” Martens said. “Eventually, I became the facilities manager of the community center.”

Martens’ interest in city management was piqued while he worked in New Brighton. Growing up on a farm, he said, he didn’t know too much about city administration and was inspired to get his master’s degree in public administration at Hamline University.

“When I started in Corcoran in 2013, I was guiding a city that was beginning to develop,” Martens said. “There wasn’t a single home on municipal water and sewer, and every home was on its own septic and well. We put in the first infrastructure and it really started blooming.”

During his time there, he led Corcoran through significant growth, including almost $100 million in new construction in 2020 alone. He facilitated strategic goal-setting sessions, completed park master planning and developed a staff plan to accommodate the fast-growing population.

“In Corcoran, it was always managing development nonstop, and basically all I did,” Martens said. “Here in Shoreview, it’s doing the things that are at the next level for the community, and focusing on the community engagement aspect is really important.”

Martens is no stranger to Shoreview. When he was working in New Brighton, he lived in the Midland Apartments.

“I fell in love with Shoreview right away, and took part in some recreational programs. I’ve always loved the Shoreview community,” he said. “It’s beautiful, the services are excellent and the team is outstanding here. I knew that before just getting a chance to work with a few of them and it’s just an exceptional team from top to bottom.”

Currently, Martens, his wife Laura and 9-year old son, Owen, live in St. Louis Park. They hope to move closer to Shoreview within the next year.

In his spare time, Martens likes to read, hike, fish and go on adventures with his family.

“I got married in September, and my wife has a family cabin on Big Sandy Lake, so we get to spend time up there,” Martens said.

Martens wants the community to know that he’s committed to continuing the great success that is Shoreview and plans to be engaged within the community and around as much as possible.

“I plan on being innovative as far as just responding to the day-to-day operations. So it’s the opportunity to get involved in the best parts of the city,” he said. “Being the city manager is a great opportunity, and I still can’t believe I got the job. I’m blessed to be here.”