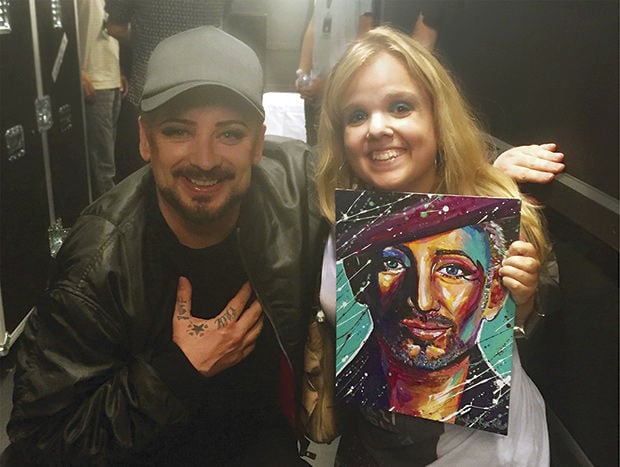 Taylor’s paintings have been admired by some of her favorite musicians including Boy George. 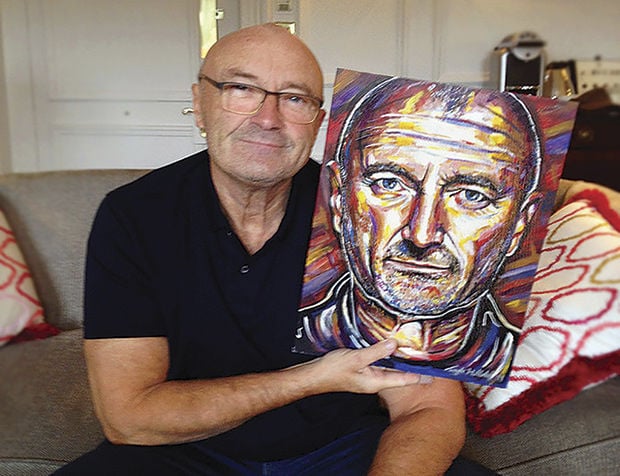 Taylor’s paintings have been admired by some of her favorite musicians including Phil Collins. 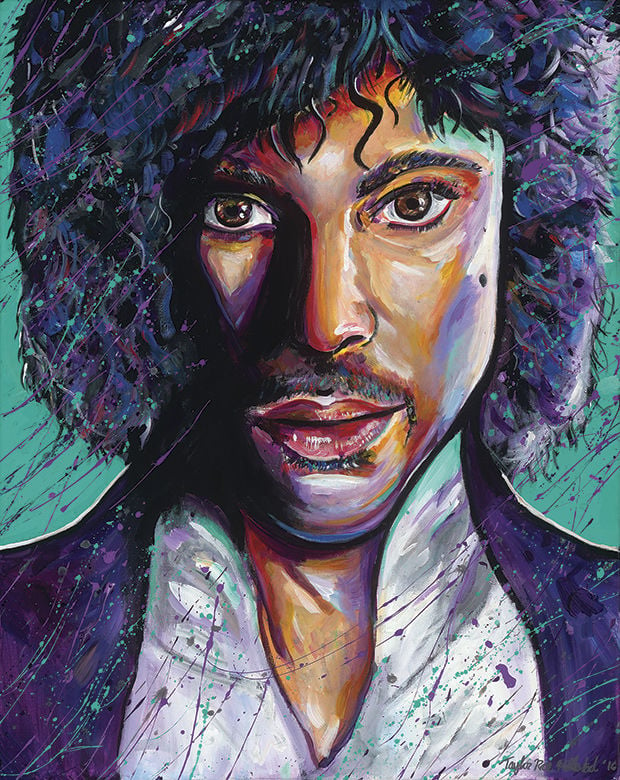 Half of the proceeds of Taylor's Prince prints are donated to Second Harvest Heartland, 2harvest.org.

Taylor’s paintings have been admired by some of her favorite musicians including Boy George.

Taylor’s paintings have been admired by some of her favorite musicians including Phil Collins.

Half of the proceeds of Taylor's Prince prints are donated to Second Harvest Heartland, 2harvest.org.

Taylor is a professional graphic designer and artist from White Bear Lake, Minnesota. Creating art has earned her a BFA in graphic design at the Kansas City Art Institute in 2014. Currently, she is a full time graphic designer at the beauty and haircare distributor Creative Labs in Eagan.

Graphic design, drawing and painting has been a great passion. She took numerous art classes and electives, and even studied painting at the Art Institute of Chicago one summer. Her free time led her to paint musicians for fun. Her first painted portrait was of John Oates (Hall & Oates) for his album cover contest, and ended up being placed in his top five. She connected with John Oates and his bandmate Eliot Lewis, who requested Taylor to create logo designs, and album artwork for him.

Soon Taylor began putting her musician portraits online, and started getting a large following. Experimenting with portraits and exaggerated colors was inspired by hearing Peter Gabriel’s progressive and world music. She wanted to express that in a modern tribute to him. Bold colors help visualize imagination, personality, and creativity in musicians. At that point, Taylor continued to enjoy expressing other musicians that inspired her in that same manner.

The paintings have been admired by some of Taylor’s favorite musicians including Phil Collins, Steve Hackett (from Genesis), Boy George, Jon Anderson and the band YES, Hall & Oates, Dennis DeYoung (from Styx) and Nick Mason (from Pink Floyd). They have been featured on many websites, social media pages and have been collected by some of the musicians themselves. Many musicians she painted have invited her to their shows and wanted to meet the young artist. Daryl Hall even hung one of her paintings of his late friend and bassist, T-Bone Wolk, at his restaurant and music club in New York.

You can find her portfolio at TaylorRaeArt.com

Half of the proceeds of my Prince prints are donated to Second Harvest Heartland, 2harvest.org