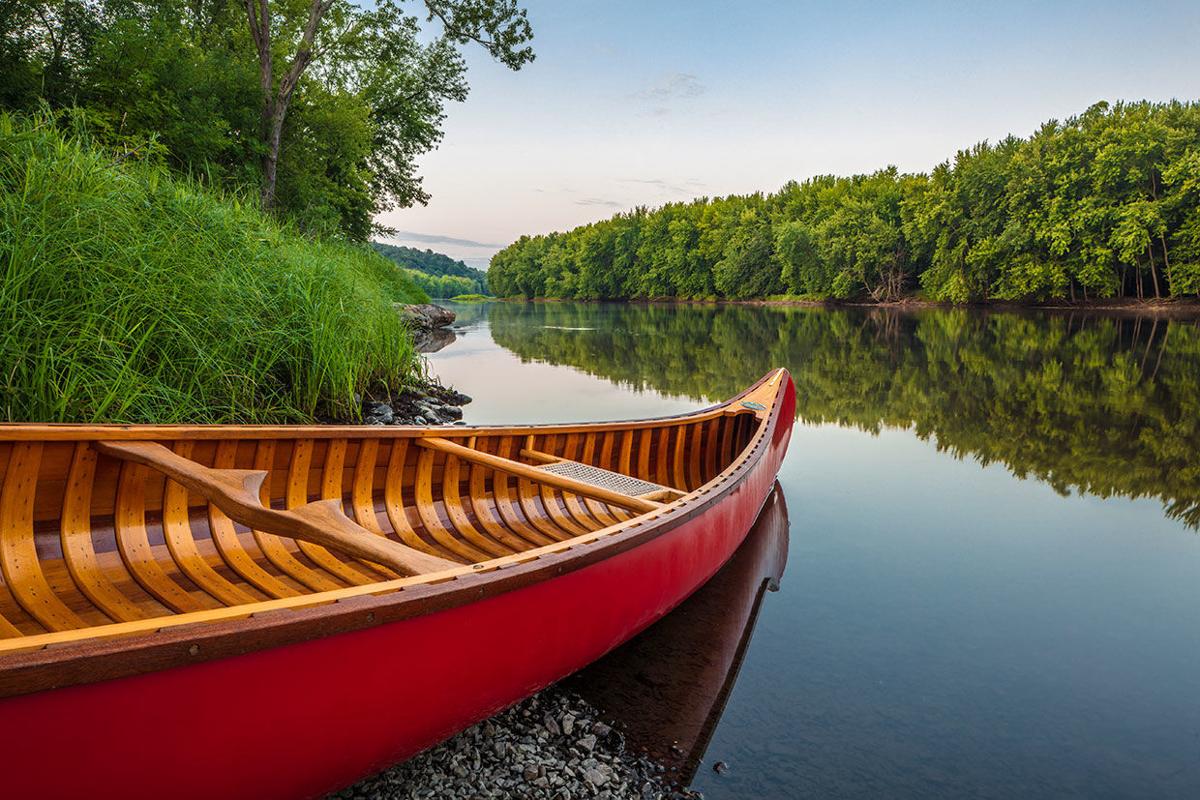 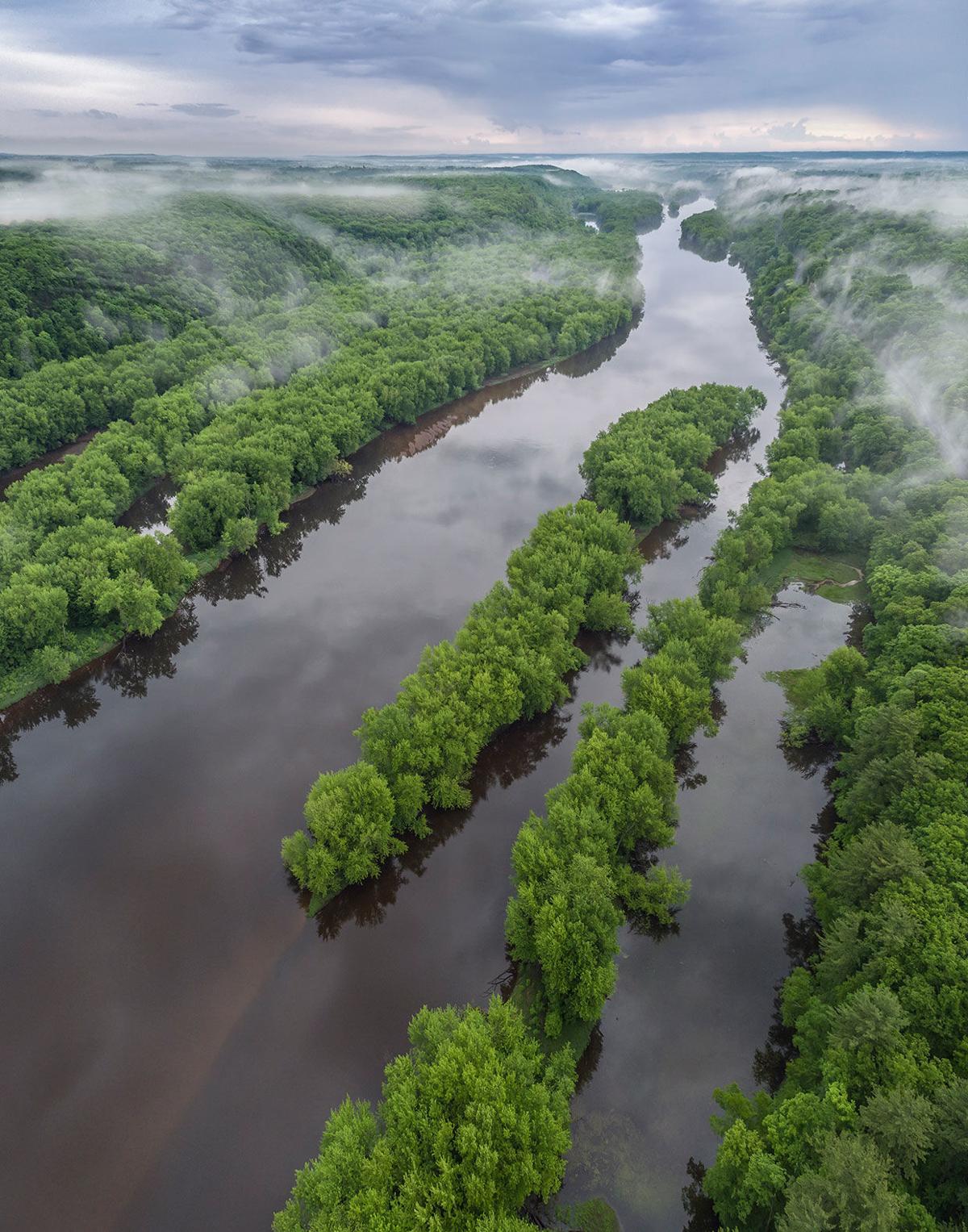 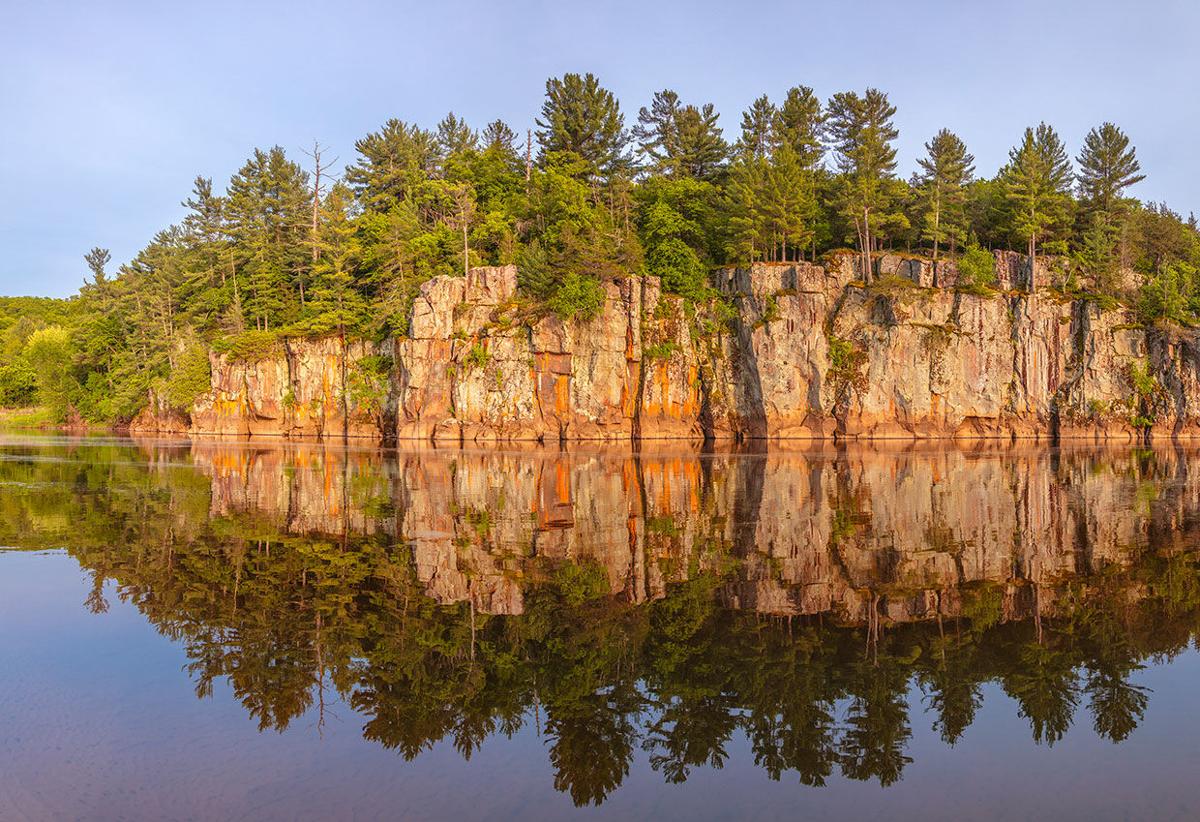 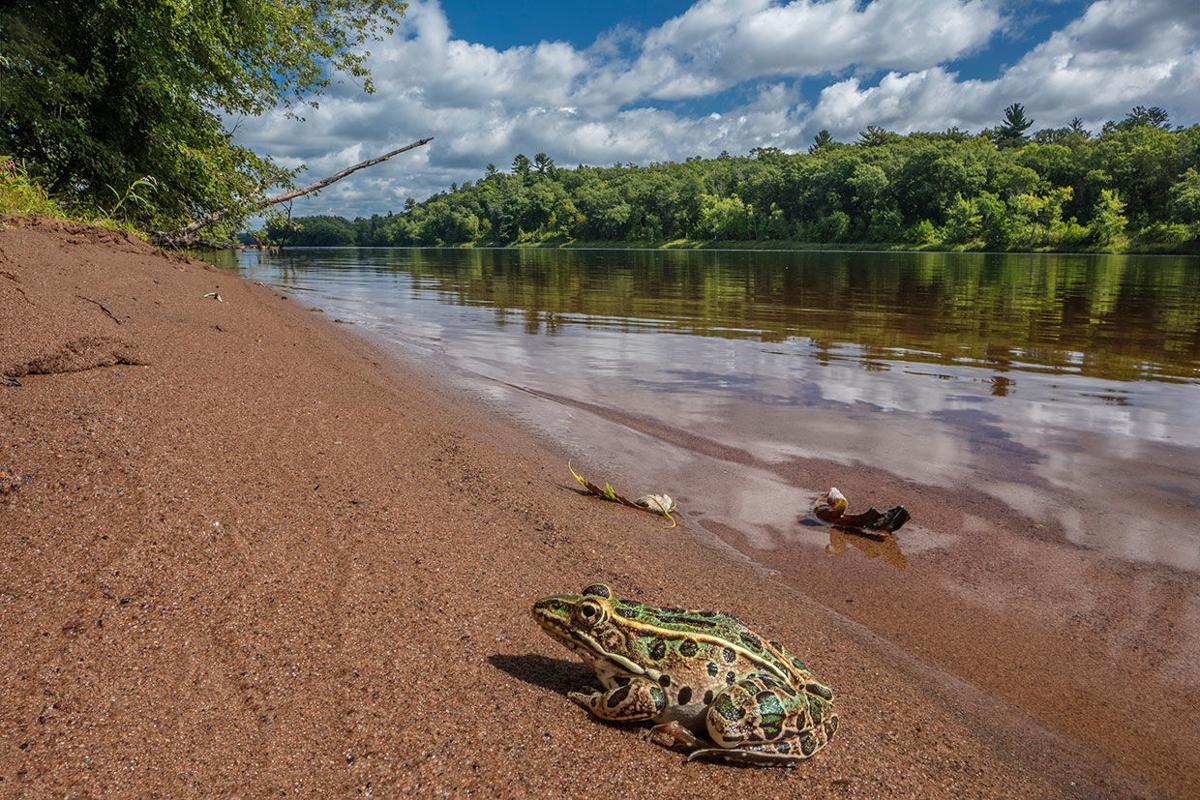 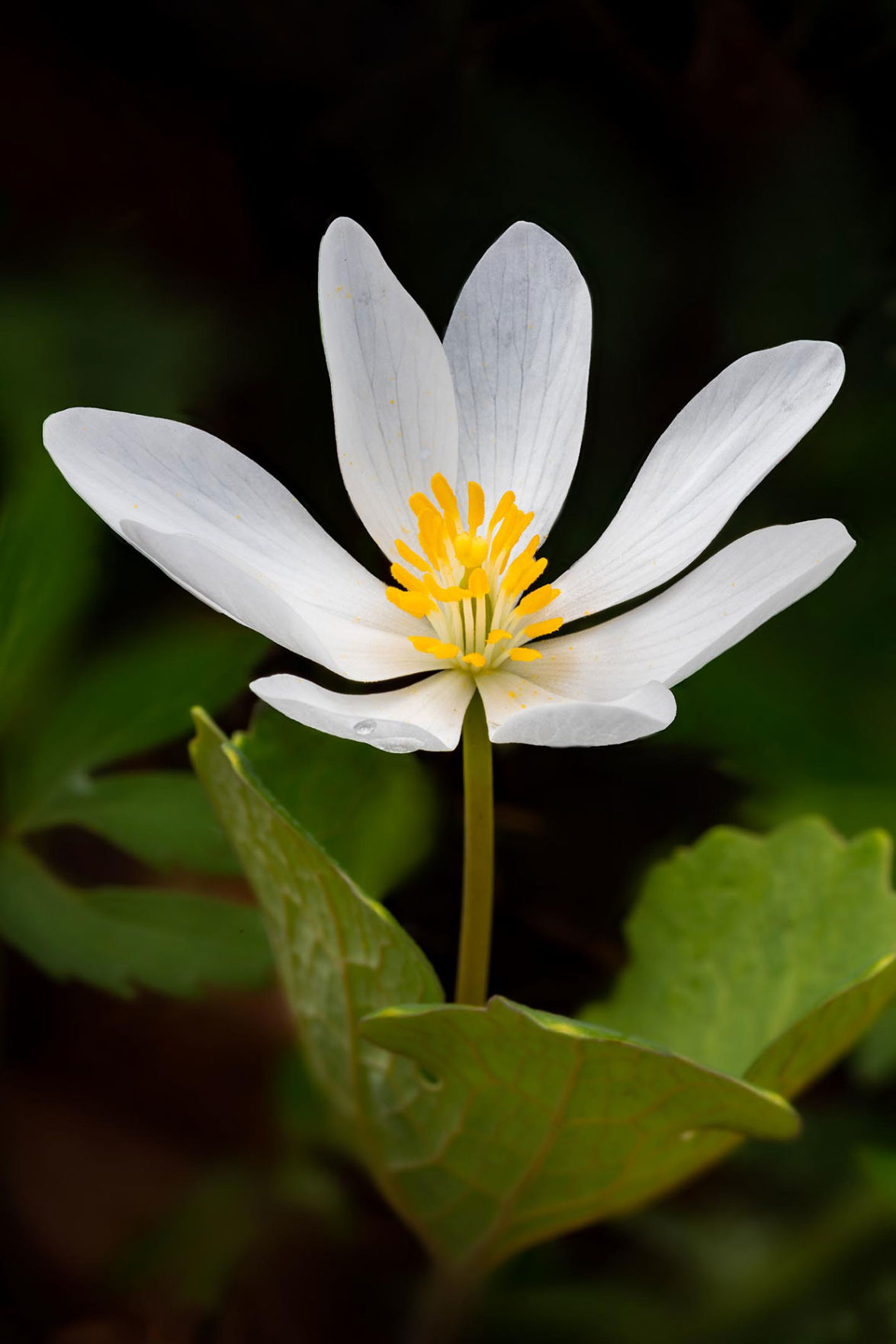 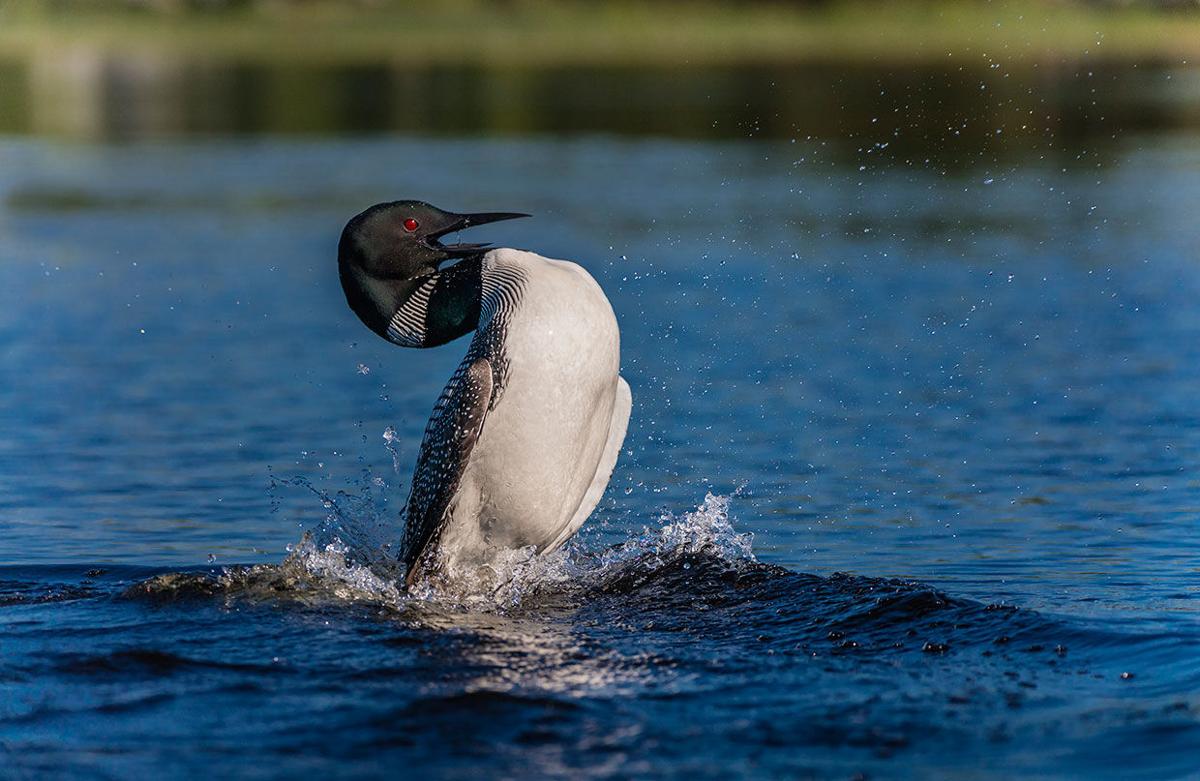 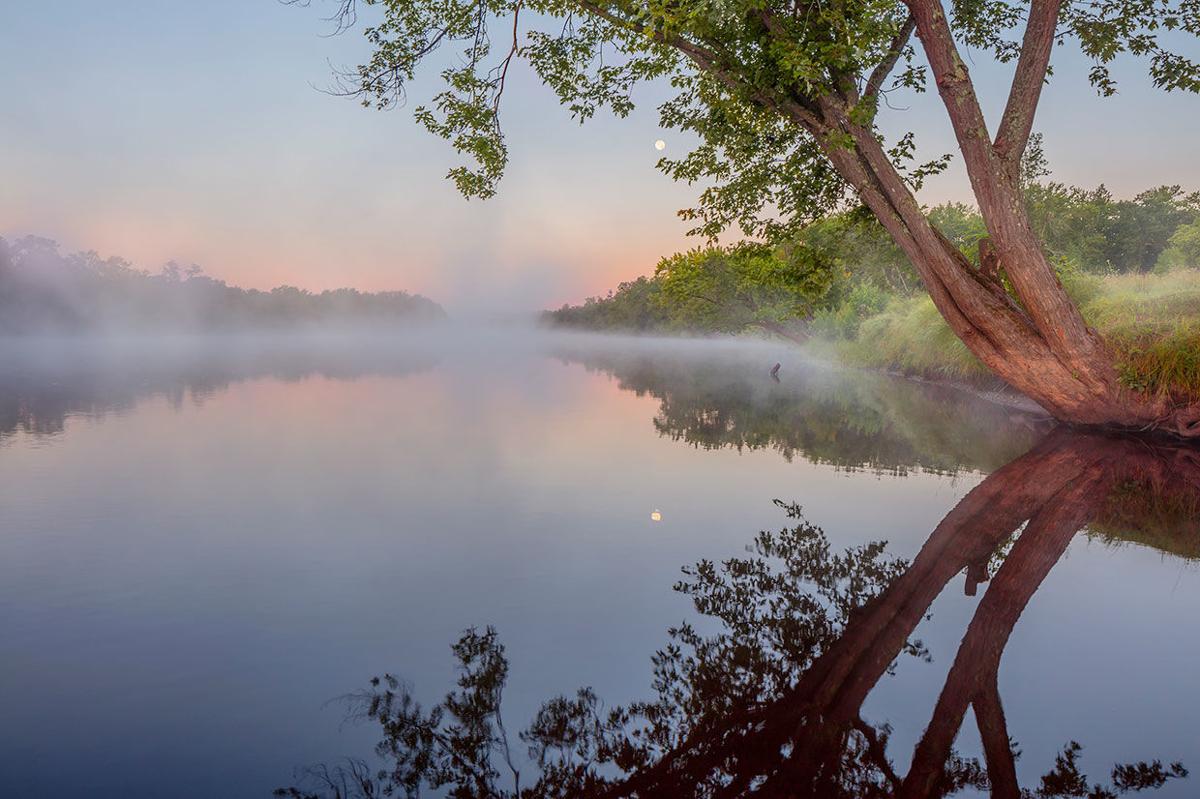 The soft colors of dawn cast a pink blush over the fog on a summer morning on the wild St. Croix River. It’s a scene that hundreds of locals and visitors alike have fallen in love with over generations of visits. Looking out over the river, it’s difficult to imagine the disruption of logging and industry that dominated the area in the 19th century. Today, the St. Croix is one of Minnesota’s most beloved destinations and prized resources.

After months getting to know this river in every weather phenomenon, shade of the light and season, Minnesota nature photographer Craig Blacklock has released his book “St. Croix and Namekagon Rivers: The Enduring Gift.” The book celebrates the 50th anniversary of the passage of the Wild & Scenic Rivers Act, which has preserved the diverse ecosystem and clean water of the St. Croix and its tributary, the Namekagon, since 1968.

At that time, Minnesota Senator Walter Mondale and Wisconsin Senator Gaylord Nelson were the driving forces behind a bill that would protect the wilderness of the St. Croix River and other wild rivers across the nation.

Mondale wrote the introduction to Blacklock’s book, reflecting on the fight to bring the river under national protection. Nelson passed away in 2005. Blacklock said part of the intent of the book was in honor of the senator, known widely as the founder of Earth Day.

“I’m thrilled we were able to do this and honor him, not only in this but in so many environmental battles,” Blacklock said. “I just wish Gaylord was still around for this part of it.”

Blacklock was recovering from a severe burn injury in 2014 when a friend suggested he take on the St. Croix River as his next subject. His injuries made him more sensitive to cold temperatures, so the warmer waters of the river seemed like a more comfortable alternative to the icy waves of his normal subject, Lake Superior.

Although his home in Moose Lake was within the St. Croix watershed, he was hesitant.

“I didn’t know if there was going to be enough there to do it,” he said. “I pictured a lot of it being silver maple floodplain; I thought it would be mile after mile of that and not much else.”

An exploratory three-day paddle journey down the river in 2015 changed his mind.

“I was amazed at the diversity,” he said. “I hadn’t known if there was enough variety there, but the first trip confirmed there was not only enough, but I’d have trouble trying to capture it all. I was amazed at the wilderness character the river has retained; largely due to the Wild & Scenic Rivers Act.”

When he learned that the St. Croix River Association was organizing a year of celebrations for the 50-year anniversary of this legislation, Blacklock was convinced he needed to complete the project.

The effects of the protective act were easily visible; the river feels almost as pure as it was thousands of years ago. Although the St. Croix is a popular weekend destination, Blacklock learned that if he went out on Sunday and came back on a Friday, even in heavily visited areas, he’d hardly ever see another person. The lack of disturbances has allowed the native habitat and wildlife of the river to thrive.

“So many of the species have come back that were missing not terribly long ago,” Blacklock said. The St. Croix is home to several species of rare mussels, such as the winged mapleleaf, that are now making a population comeback due to conservation efforts on the river.

The style of photography Blacklock brought to this project was a little different than the books he has created in the past.

“The Lake Superior images are more austere,” he said. “I took this project on with more of the importance of something that’s going to draw attention to the need to save this ecosystem, so I put my own style on the back burner and really paid attention to showing people what it’s like to be out there; to have the same experiences I was having.”

The result is a collection of hundreds of photos showcasing the fine details, landscapes and aerial views of the river in all seasons, light conditions and forms of weather.

“It took on more the feeling of a video for me, with a cinematic approach,” he said. “There are broad landscapes that give you context, but there are also a lot of details such as wildlife, flowers and ferns that make this area unique. A lot of my work is early morning, with fog coming off the rivers. I love the mysterious nature of that, and getting up an hour before sunrise and watching dawn happen is the greatest show on earth.”

Blacklock achieved the aerial photography shots with the help of friend Jon Smithers. During the course of the project, Blacklock explored the riverscape digitally via Google Earth, and admired the aesthetics created by the river’s natural course.

“When paddling, the river ahead might disappear around a point, or you might not be able to see over an island. In William O’Brien [State Park], there are all these fingers of channels and islands, but looking down you see this intricate web of waterways,” he said.

Blacklock and his wife Honey did most of the editing and production work on the final images.

He got the idea to use pages with different textures from an Ansel Adams photography book. These textured pages include essays, poems and thoughts from nature writers, key legislators, area residents and youth who wanted to share the effect the river has had on them.

“I wanted to use the words to give a diversity of voices, but a really authentic voice to the project,” Blacklock said. “Some of these people know the river going back generations.”

The months of work culminated in three editions of “The Enduring Gift,” ranging in size and price. Copies of the $4,000 Signature Edition span three feet when open, and sport front-page signatures from Blacklock and Mondale. The $1,500 Museum Edition is identical to the Signature Edition, but does not include the cover signatures. The $90 Collector’s Edition is smaller than the others, and includes Blacklock’s signature on the inside. The Signature and Museum Editions both come with original photo prints.

The St. Croix River Association will receive a portion of the proceeds from the sales of all editions, which amounts to a maximum of $1,000 for the Signature Edition.

Copies of “The Enduring Gift” are not available in many stores, so most copies are sold only on the website at stcroixphotography.com or at presentations. Those who purchase the book will also have access to a video of the photos accompanied by the music of Peter Mayer, a well-known Stillwater songwriter.

The biggest message Blacklock wanted viewers to take away from this book is that protecting beautiful natural wonders such as the St. Croix is a magnificent first step—but more work still needs to be done.

“You can’t just put a wall around something and check it off as being protected,” Blacklock said. “There are now threats that come from outside an area. There are external threats, so we have to think about every decision we make. If all 7.6 billion people made the same decision you’re about to make, how would that affect the earth 100 years from now?”

“The wealth of the nation is its air, water, soil, forests, minerals, rivers, lakes, oceans, scenic beauty, wildlife habitats and biodiversity... that’s all there is. That’s the whole economy. That’s where all the economic activity and jobs come from. These biological systems are the sustaining wealth of the world.”