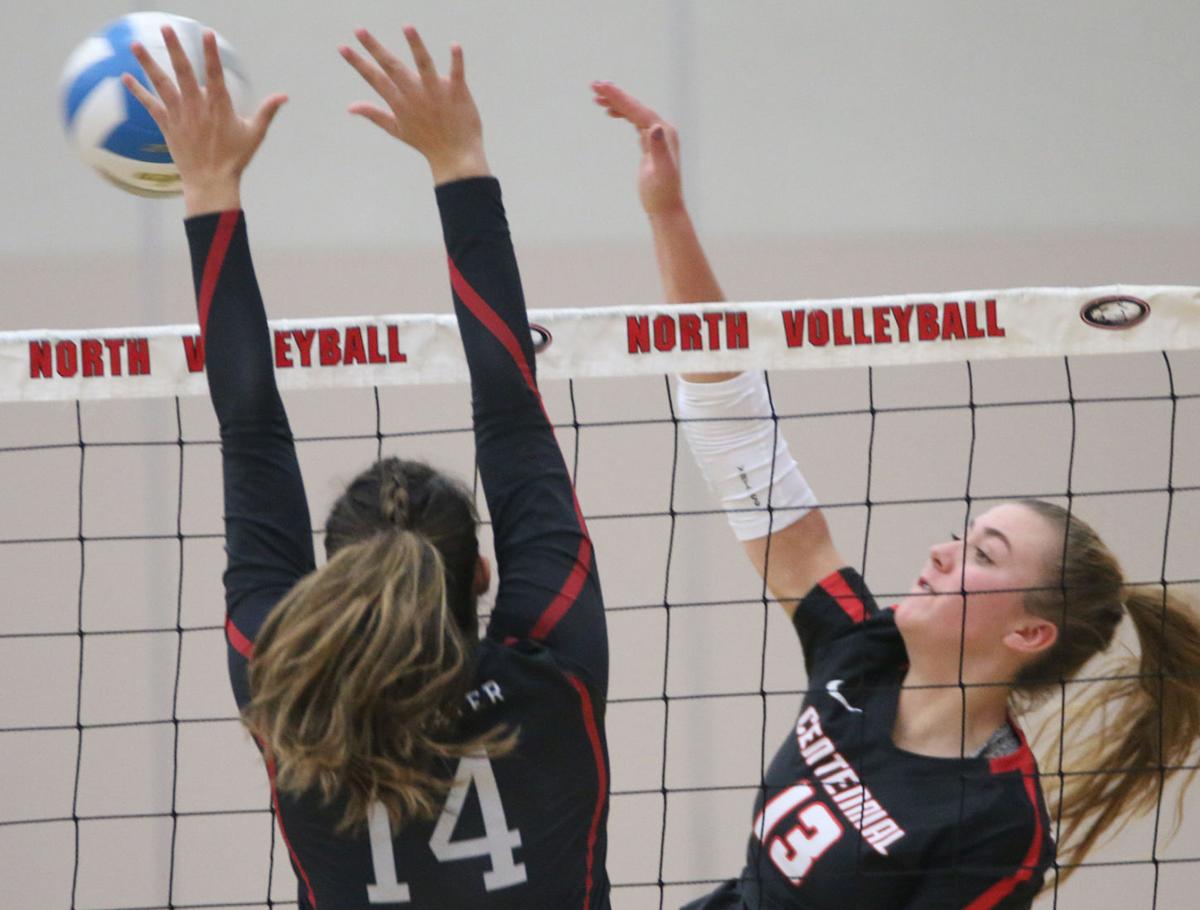 Sydney Petersen gets a kill in the first set as her attack glanced off a block by Stillwater's Sydney DeJarnett. 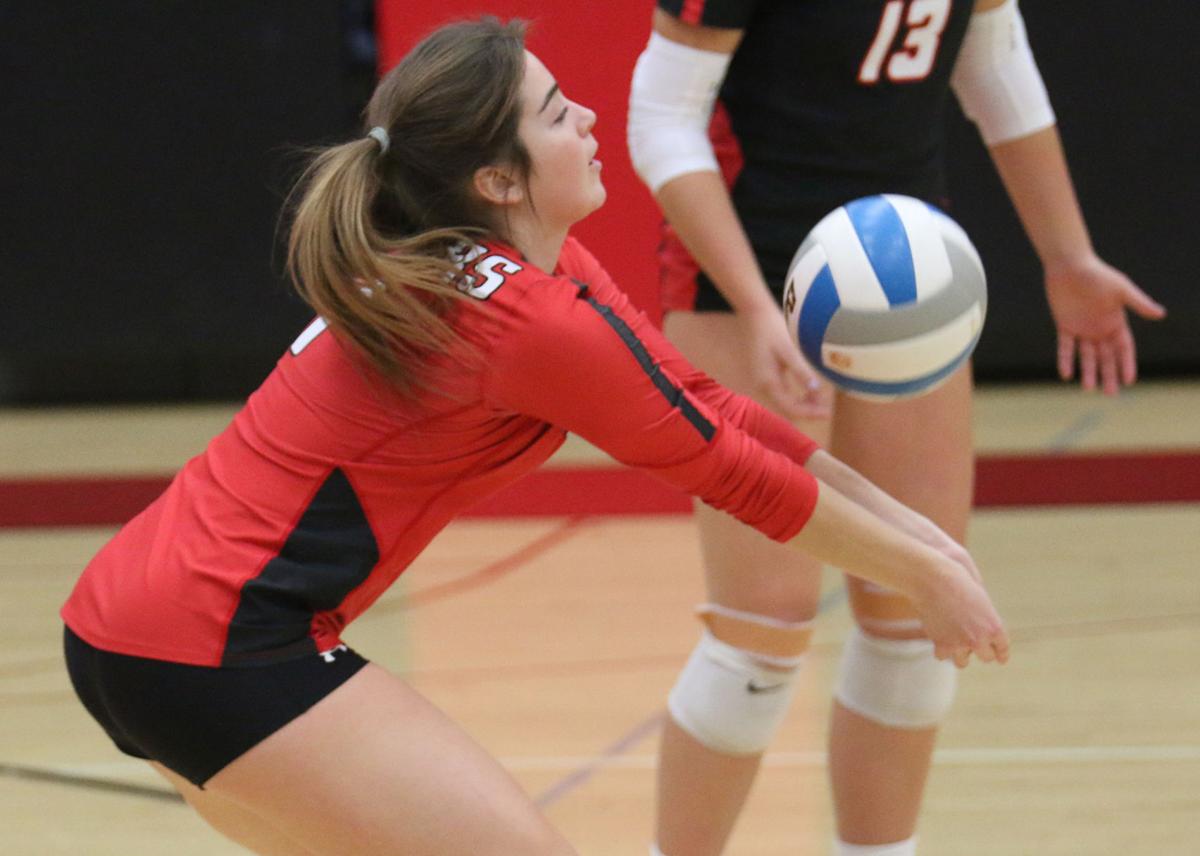 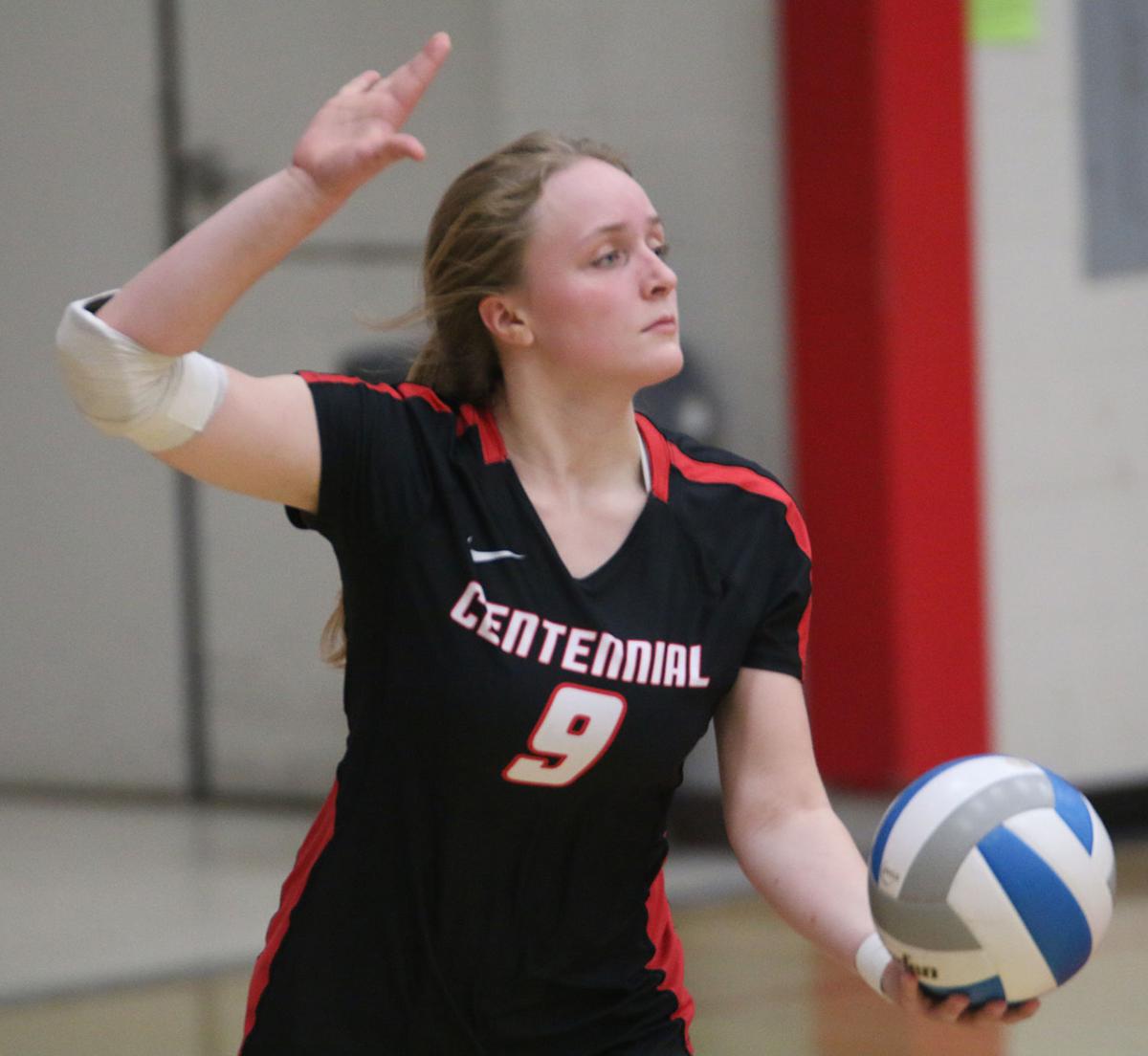 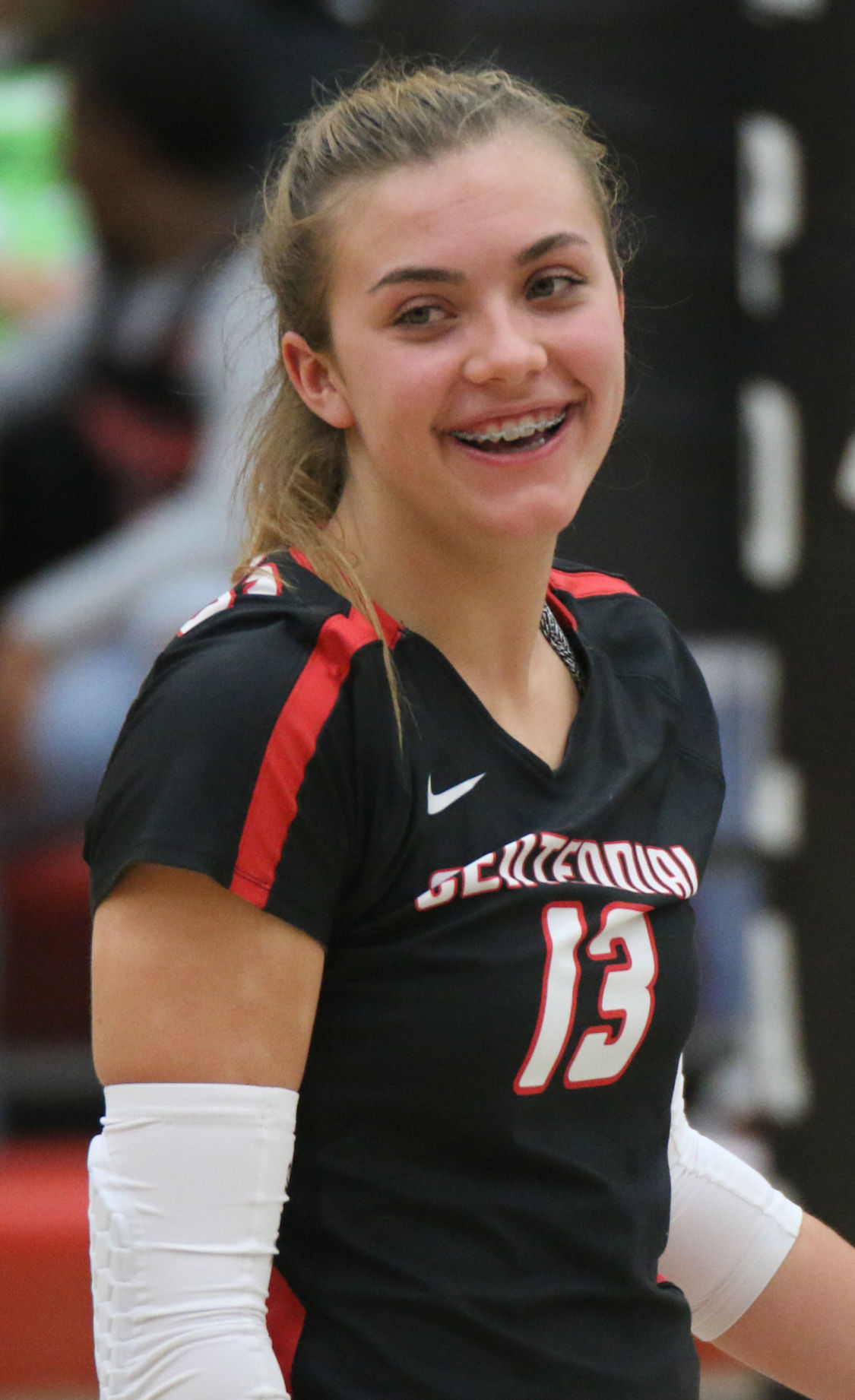 Sydney Petersen smiles when she got her 1,000th career kill, with her teammates applauding and a sign commemorating the feat was raised in the stands.

Sydney Petersen gets a kill in the first set as her attack glanced off a block by Stillwater's Sydney DeJarnett.

Sydney Petersen smiles when she got her 1,000th career kill, with her teammates applauding and a sign commemorating the feat was raised in the stands.

Centennial’s bid for a state tournament in volleyball was derailed by Stillwater 3-1 in he Section 4AAA semifinals Monday evening.

Centennial cruised in the first set 25-15 Monday evening at North High School in St. Paul but No. 3 seeded Stillwater scored the first nine points of the second set and clobbered the Cougars 25-11.

In the third set, the Cougars led 22-20 before Stillwater got the last five points to win 25-22. The Cougars hit two spikes just out-of-bonds in that stretch and the Ponies landed two just inside the line.

In the fourth set, Stillwater played with confidence and the Cougars looked a bit jittery. That score was 25-19.

The Ponies had stronger hitting around the rotation than the Cougars throughout, led by 6-2 Maddie Whittington.

Stillwater (16-13), which has won the section the last two years, advanced to the finals against North St. Paul.

“I am very proud of all this team accomplished this year. Five losses on the season is nothing to be sad about, but of course whenever the season ends it is going to hurt.”

The 2019 team “battled all season long” and had the best tournament record in the coach’s 18-year tenure with two firsts-places and a second in three invitationals.

“Unfortunately, our season ended before we were ready,” she said. “I was really hoping we could have extended our season a little bit more for our seniors. They have been great leaders and ambassadors for Centennial volleyball on and off the court, and they can walk away knowing they have left their mark.”

Petersen’s 1,000th kill came late in game four and made the score 16-11 at the time. “A huge accomplishment,” said the coach, noting that Petersen is only the second Cougar to get 1,000 kills, following Leigh Pudwill.