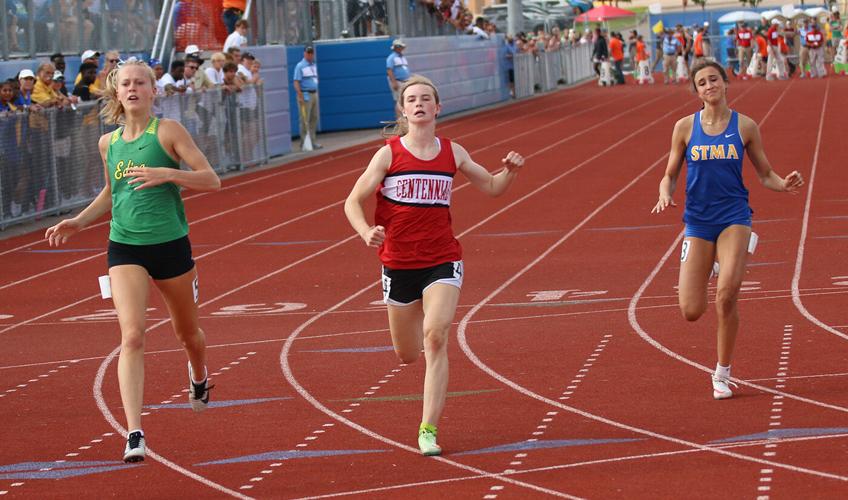 Emily Anderson pulls up after crossing the finish line in third place. 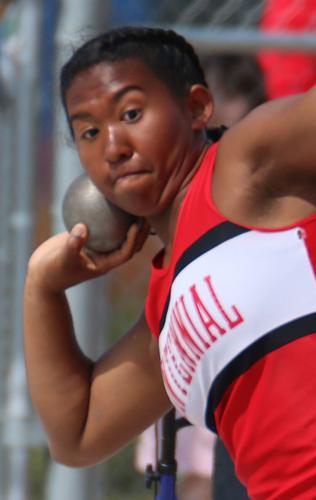 Linaya Tubbs was a state qualifier in shot put (above) and discus. She placed seventh in discus.

Emily Anderson pulls up after crossing the finish line in third place.

Linaya Tubbs was a state qualifier in shot put (above) and discus. She placed seventh in discus.

Emily Anderson, Centennial sprinter, closed her prep career with the two best races of her career, each earning a medal, at the state Class 3A track meet Saturday.

“My biggest goal, that I set in November, was to break 12 seconds, and it felt so overwhelming when I looked at the screen and it said 11.99,” said Anderson, who won sectionals with 12.03, and advanced to finals with a 12.25 in the prelims.

Lance Liu, senior shot-putter, placed 12th with a throw of 49 feet, 7 inches. (Top nine get medals and earn points.) He qualified by winning the section with personal best 50-5.

Anderson, along with natural speed, is proficient at firing out of the blocks.

“We focused on my block start all week, every single day. If you look at the film, you’ll see I come out of the blocks before everyone else,” she said, adding: “I know they will come up behind me so I always ‘dip’ at the end. My coaches say that can make a difference.”

Anderson leaned at the finish and literally won by a nose over the fourth place runner who was .01 behind her.

With the 100 always her best race, she did not expect to make finals in the 200, but did so with a seventh-place 26.25 in the prelims and held seventh in the finals.

“My goal was not to be last! I didn’t want to be ninth again,” said Anderson, who reached the 100 finals last year and placed ninth.

Anderson gave a shout-out to classmate and fellow sprint star Landen Liu, who was state 200 meter champ last year but missed this season with a pulled hamstring.

“He came to the practices and was like a coach and mentor to me all year. He helped me so much,” she said. “He was at graduation when I was running in the finals and he kept texting the coaches. Our graduation was at 5 o’clock and I ran at 5:15.”

Cougar coach Courtney Ramsey cited Anderson as a “humble, hard-working athlete” with a great drive to succeed. Ashlee Davis is her sprint coach. “We are so proud of her,” said Ramsey.