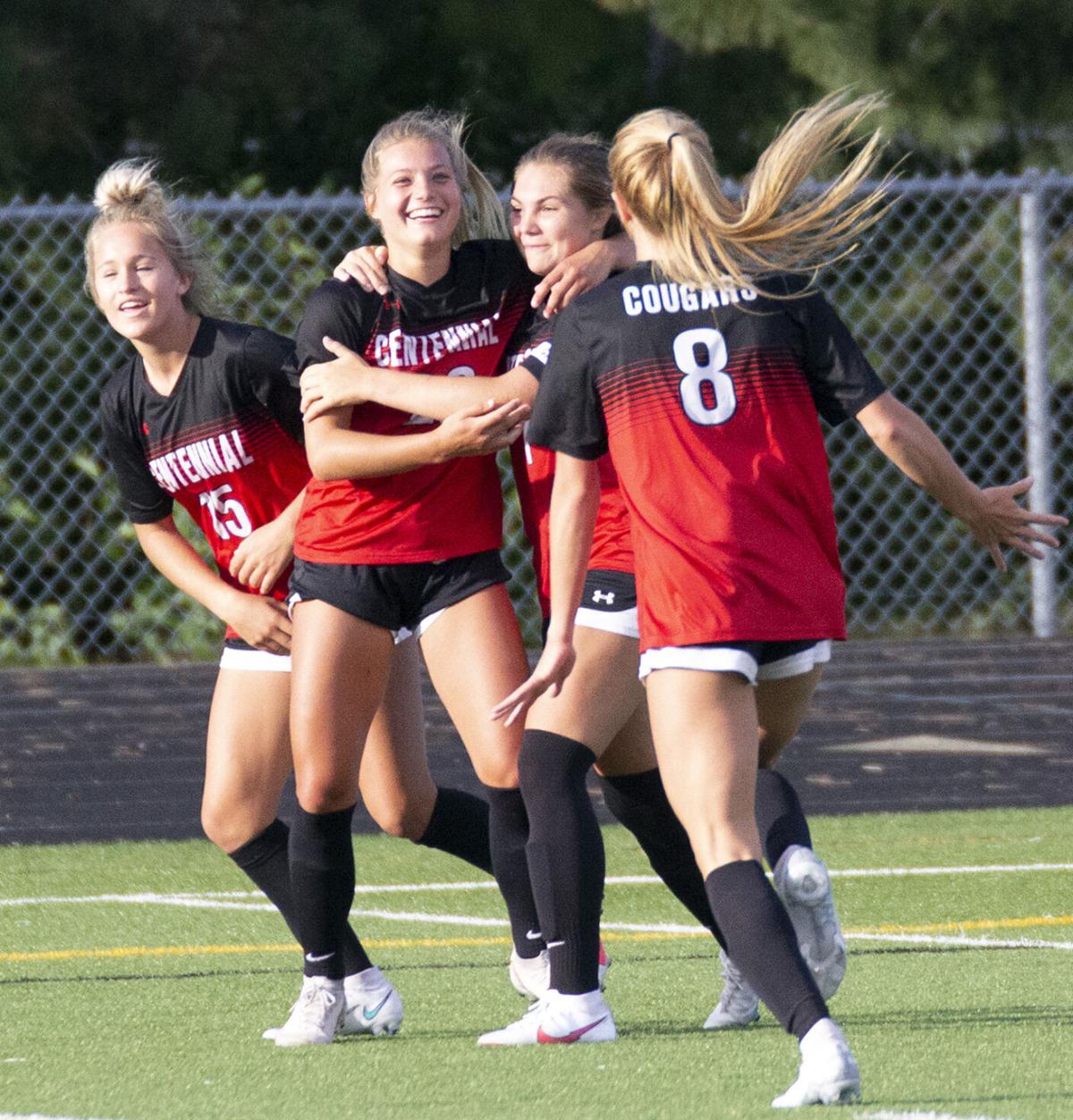 Tatum Trettel (second from left) and teammates celebrate her goal that made the score 3-0. 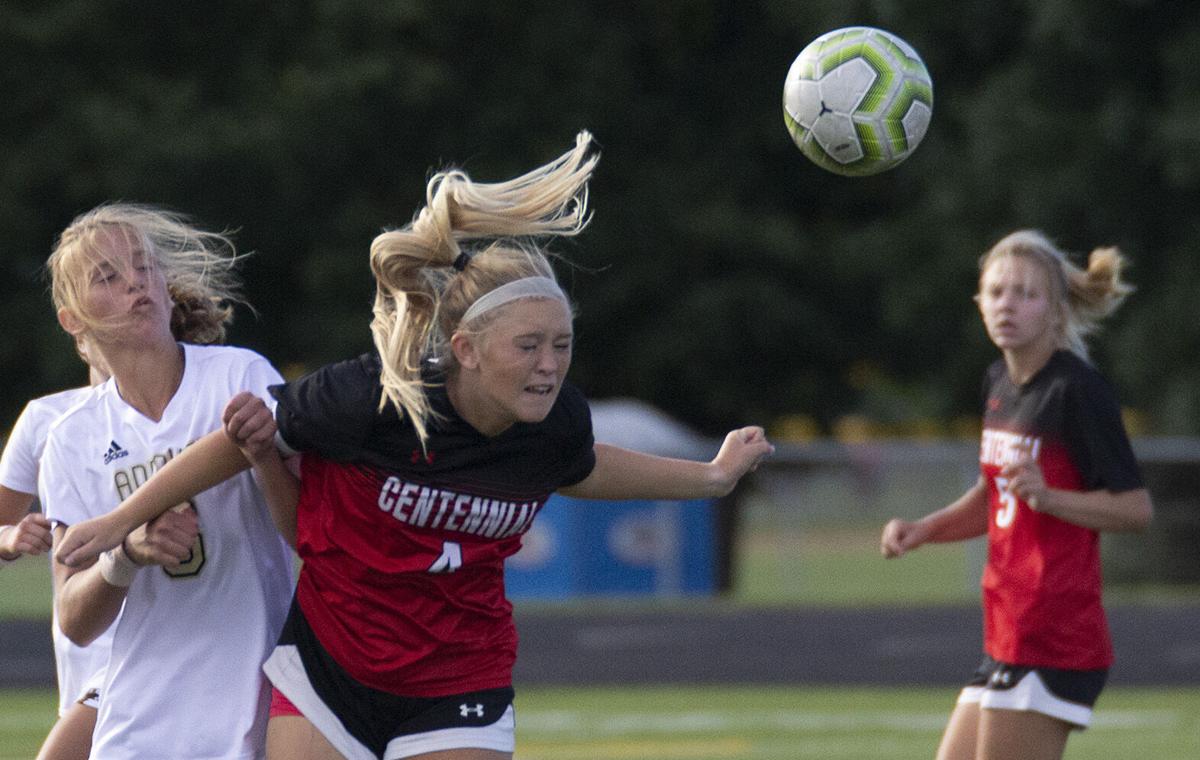 Brittany Bordson heads the ball from the defensive end. 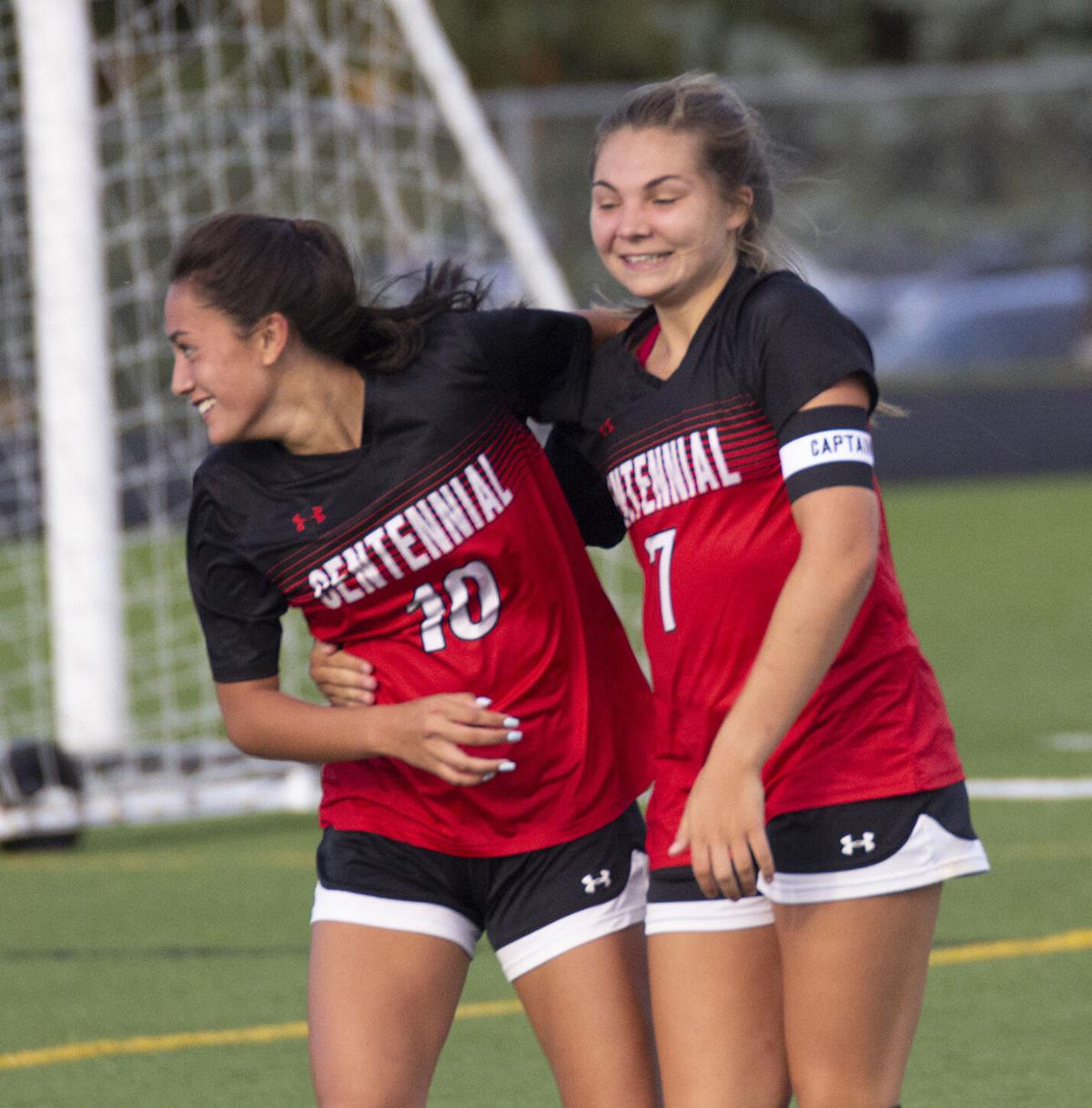 Lauren Ahles (10) and Khyah Harper beam after Ahles scored on a pass from Harper. 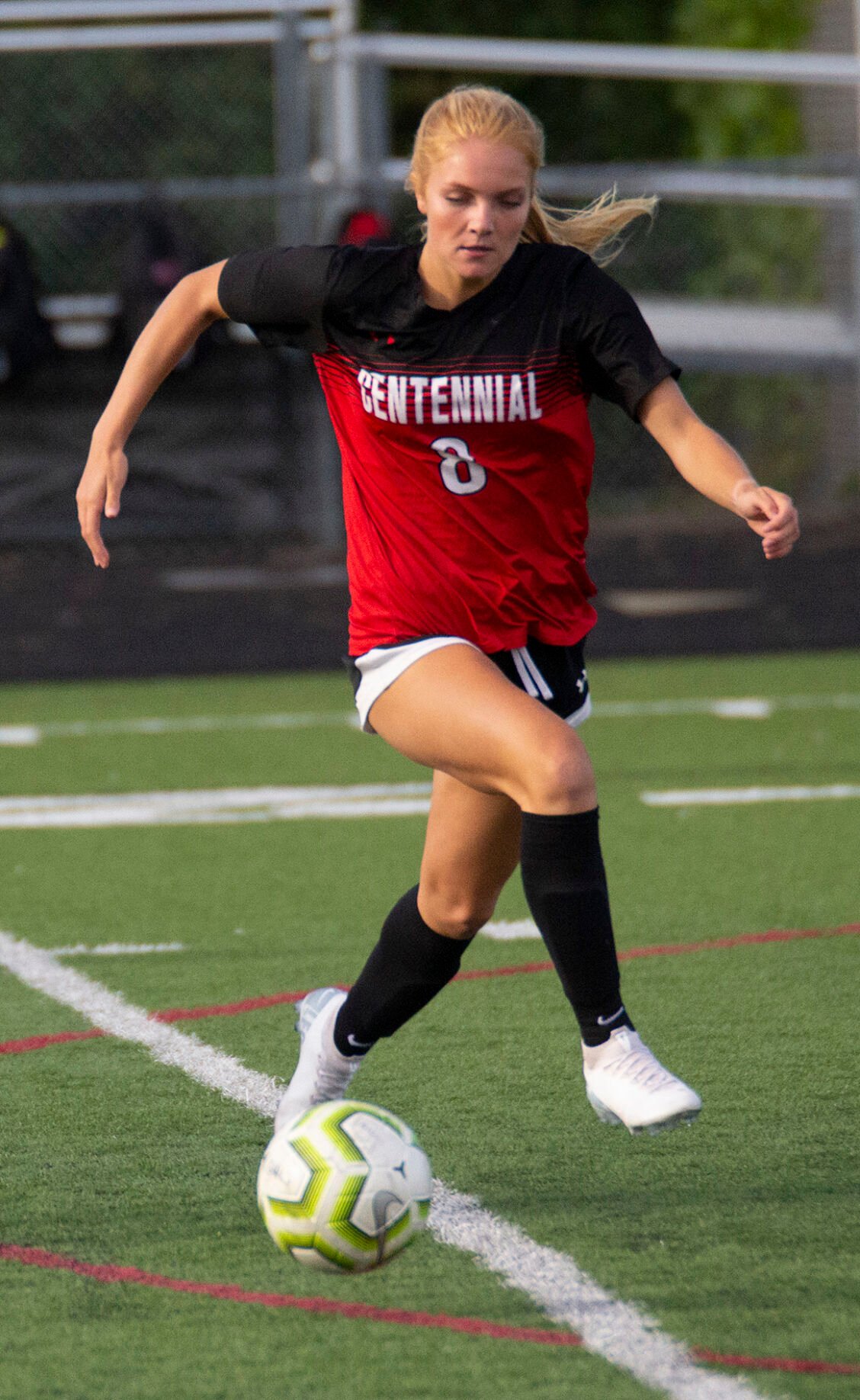 Tatum Trettel (second from left) and teammates celebrate her goal that made the score 3-0.

Brittany Bordson heads the ball from the defensive end.

Lauren Ahles (10) and Khyah Harper beam after Ahles scored on a pass from Harper.

A pair of highlight-reel type goals early in the second half broke it open as the Centennial Cougars beat Andover 4-1 to open the season at home Monday evening.

Shortly after, on a free kick from near midfield, Sydney Kubes lofted a long pass to the left side of the field just ahead of a pack of Cougars and defenders charging toward the goal. Tatum Trettel ran the ball down and ripped it past the goalie.

Harper, who started her senior season with 113 career goals, had a couple strong shots blocked by the goalie late in the second half, but followed up on the second of those and drilled her second of the game, on the rebound.

Olivia Knoepfle notched Andover’s goal, dribbling down the left sideline and along the baseline all the way to the net where she slipped the ball past the goalie, making the score 3-1 at the time.