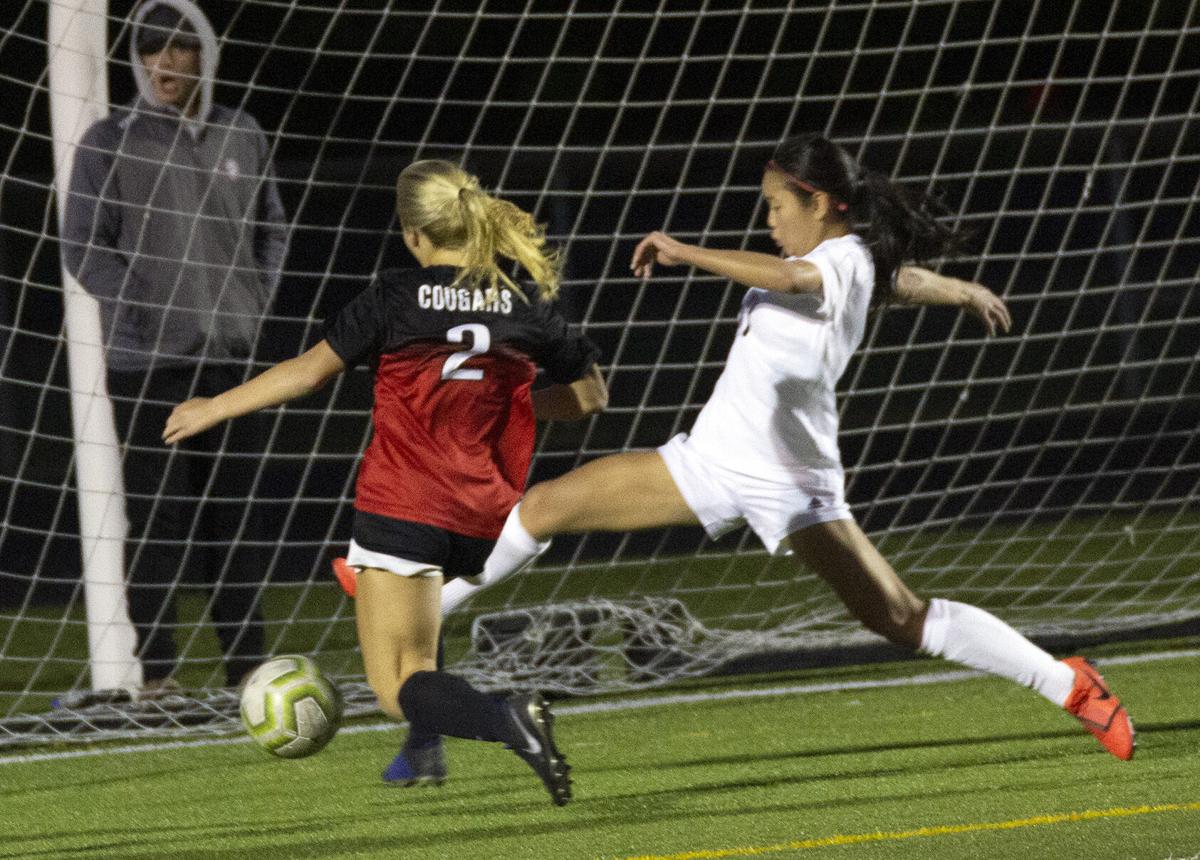 Bella Vonnavang of Champlin Park cuts off Sydney Nelson to prevent her from shooting into an open net in the first half. 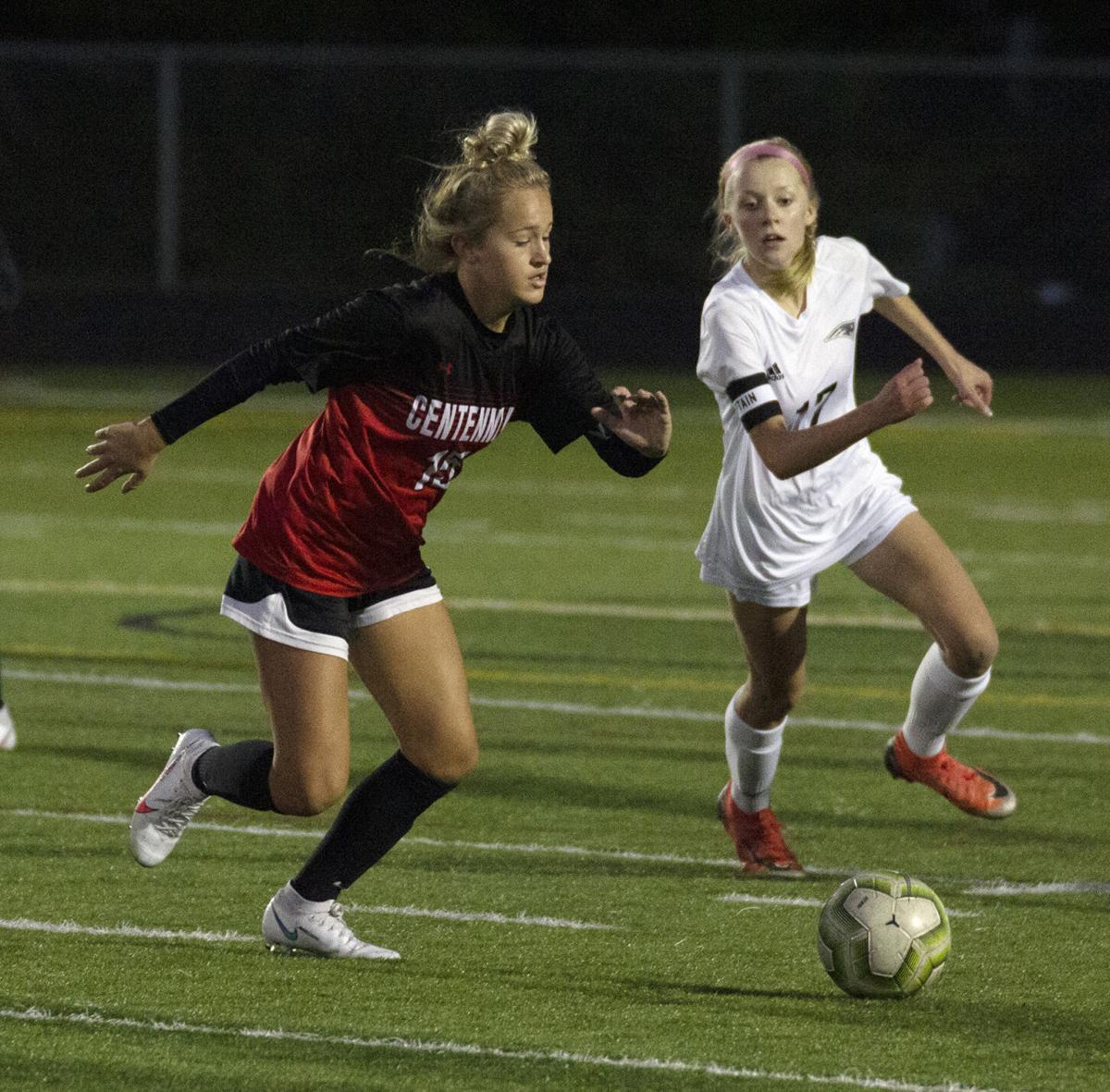 Bella Vonnavang of Champlin Park cuts off Sydney Nelson to prevent her from shooting into an open net in the first half.

Champlin Park held off Centennial 3-2 in a duel of highly-ranked unbeaten girls soccer teams on Thursday evening at Centennial.

Mathis got loose and blasted a shot just under the crossbar less than two minutes into the game.

“We talked to the team the night before after watching film on CP. We knew how No. 4 played and she did exactly what wen talked about,” said Ginger Flohaug, Cougar coach. “As a coach, it was frustrating to watch and not have my team respond to what we talked about.”

She added, “We were not ready for the speed (Champlin has) after our last few games which were slower paced.”

The No. 2 ranked Cougars closed the gap on with two late goals in the second half, by Sarah Strating on “a great shot” from the left side with seven minutes left and Khyah Harper on a penalty kick with five minutes left after being pushed off a corner.

“You can’t get the first half back,” said Flohaug. “The team came out in the second half and played with heart to come back and make it a great game. Just fell short.”

Rebel goalie Sarah Martin made nine saves. Their defenders effectively kept Harper, who has 15 goals, from penetrating in the first half, limiting the Gopher recruit to shots from 20 to 35 yards.

Champlin Park knocked off two straight teams from the unbeaten ranks during the week. The Rebels also won 3-2 over Rogers (4-1-1) on Tuesday. They are 6-0 with a 30-6 edge in goals.

Centennial is now 5-1. The Cougars had outscored their first five foes 39-1.