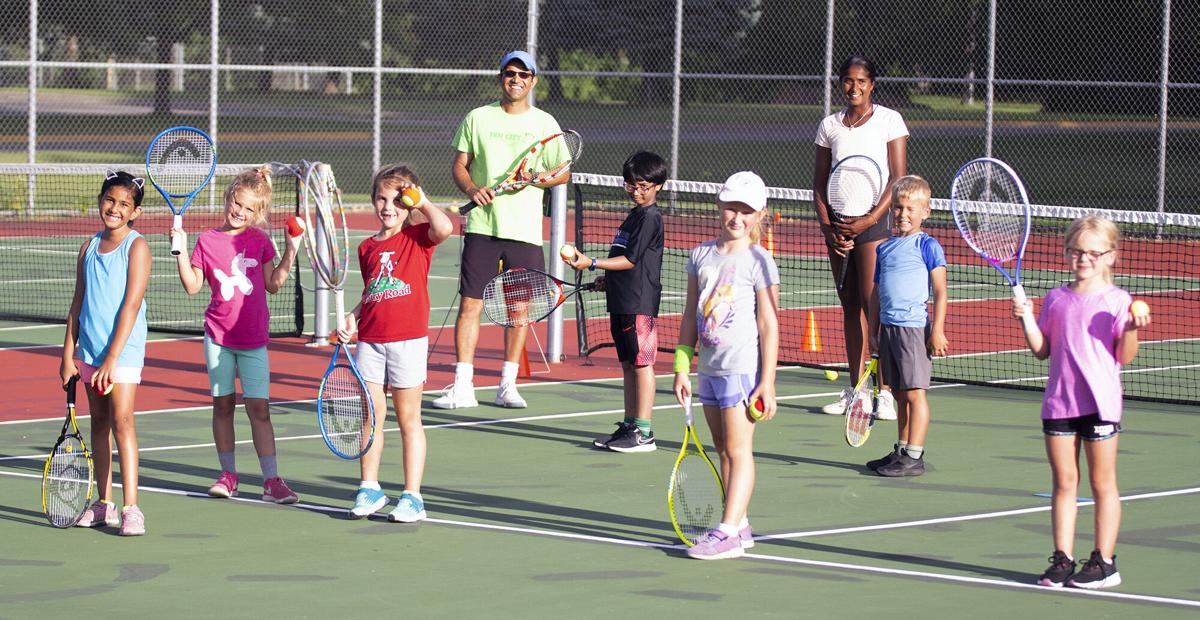 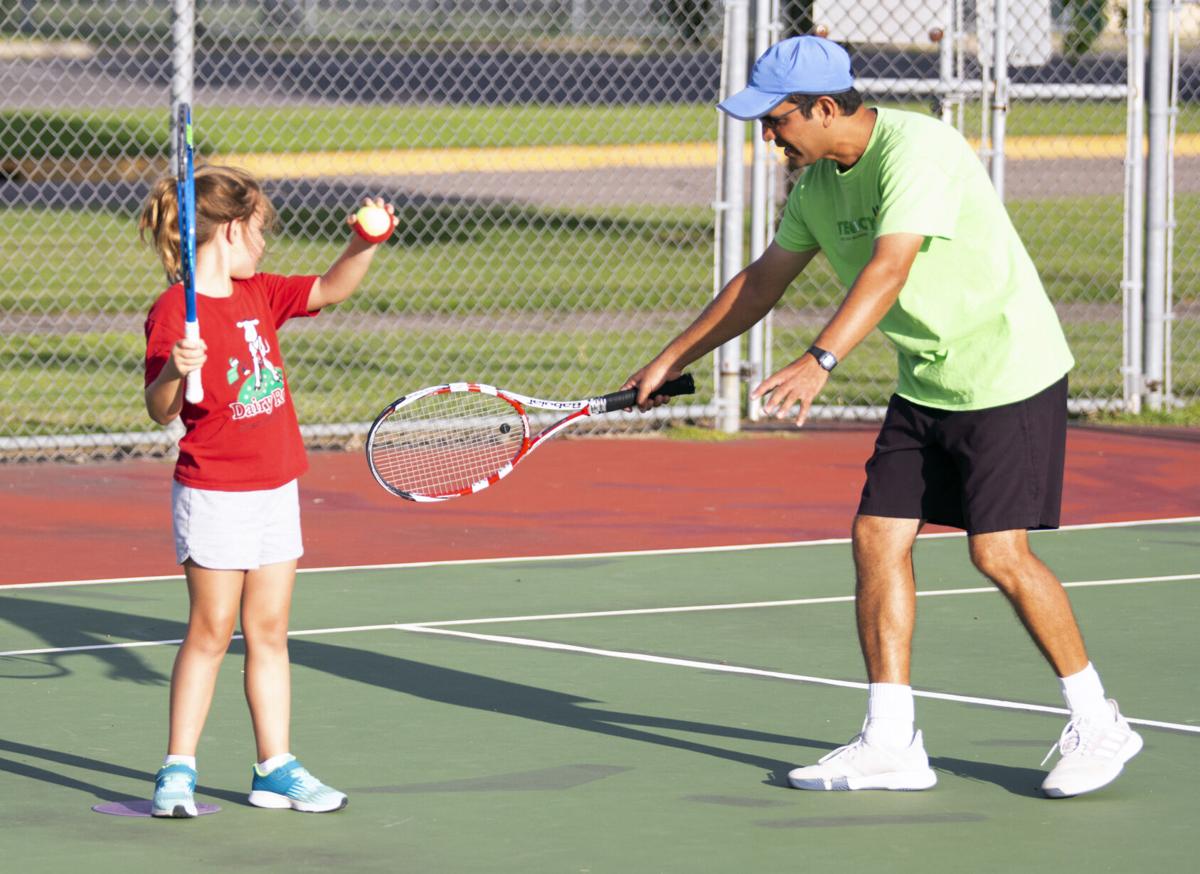 Harsh Mankad helps a youngster with her serve.

Harsh Mankad helps a youngster with her serve.

A tennis coach whose resume includes an NCAA singles championship is tutoring young players this summer in partnership with Centennial Community Education (CCE).

Harsh Mankad captured the 2002 NCAA title as a junior with the Minnesota Gophers. He then turned pro for 10 years, including appearances at Wimbledon and the U.S. Open. As India’s top-ranked player, he also led his home country’s Davis Cup team.

Mankad is founder and head coach of Tenicity, whose mission is developing players. Through a friendship with Cougar boys tennis coach Dan Haertl, he mentored some Centennial players, which led to Centennial Community Education suggesting a partnership with Tenicity.

A total of 118 players, from age six through college, are being tutored by Mankad and assistant Lucky Kancherla, who plays for Western Illinois. Most are Centennial students but kids from outside are welcome also.

Most of the players are beginners, 49 in the grade 1-4 group and 55 in the grade 5-12 group, each meeting for one hour. The “high-performance” group of 14 high school and college players meets for two hours. Sessions take place at Centennial Middle School courts, Mondays through Thursdays

Despite having played in the highest levels of tennis, Mankad, 40, enjoys working with dozens of novices, many of them pint-sized.

“My passion is to develop players, and teaching beginners is a wonderful opportunity to help facilitate a joy for the game, and strong foundational skills,” said Mankad, adding that it’s exciting to see the novices “enjoying the game and enthusiastic to improve.”

“I started working with Harsh last year and was very excited about his level of expertise and passion for the game,” said Cori Sendle, Centennial Community Education director. “I approached him about expanding to the younger group.

“Our summer program has blossomed. Kids are learning so much, in a positive, fun environment. We are hoping to continue lesson into the fall and then winter using indoor space.”

The summer program lasts through July, but due to demand, an additional two-week session in August is being offered.