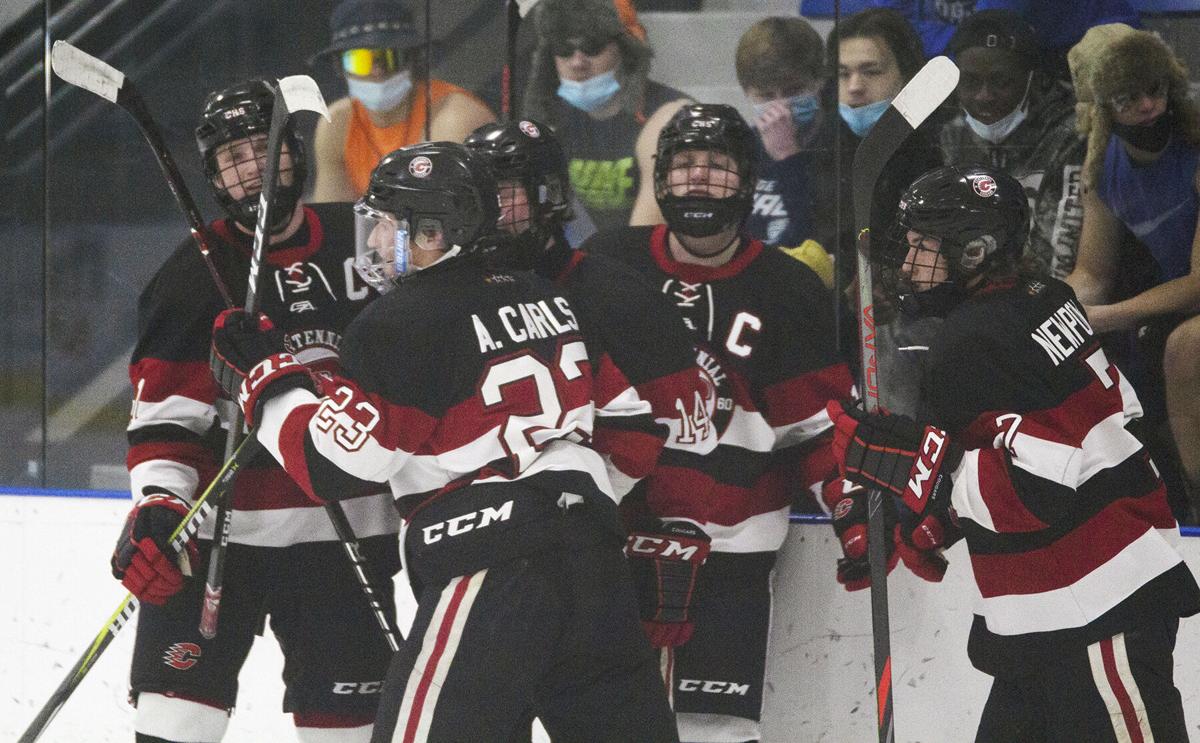 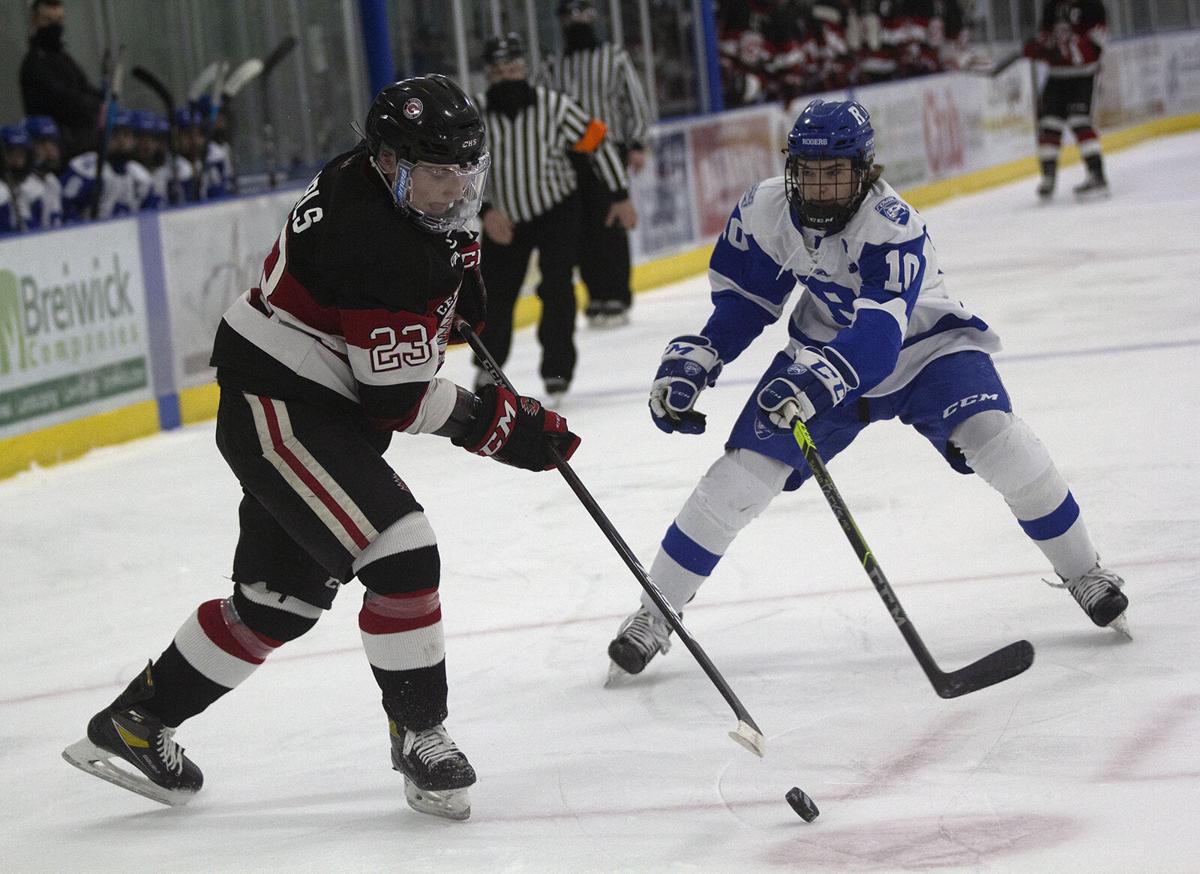 AJ Carls scraps for the puck with Rogers Tanner Weis. 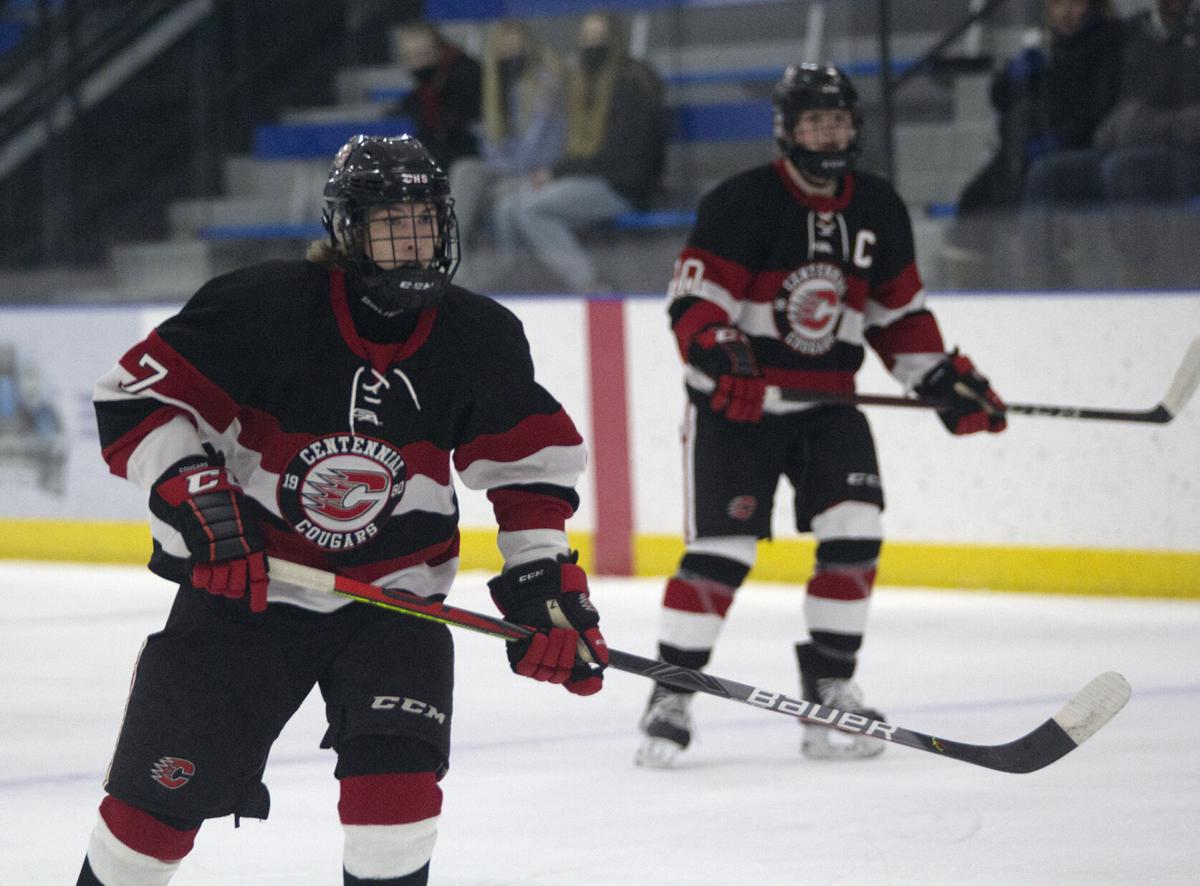 Jordan Newpower cruises up the ice with Connor Thompson.

AJ Carls scraps for the puck with Rogers Tanner Weis.

Jordan Newpower cruises up the ice with Connor Thompson.

The Centennial Cougars scored four goals in the last period and defeated Rogers 7-4 on Saturday evening in Rogers. The score was 3-3 after two periods. In the third period, Jordan Newpower scored his second goal of the game, AJ Carls knocked in two goals and Owen Van Tassel hit the other one for the Cougars (7-2-1). The other Cougar goals were by Peyton Blair and Henry Bartle. Carls made two assists, and Brody Pass, Tommy Glad, Connor Thompson, Henry Bartle and AJ Lemire one each. Sam Ranallo, Tanner Weis, Braden Hamann and Grant Grenl scored for Rogers (7-4). Cougar goalie Leo Troje stopped 29 of 33 shots. Rogers goalie Andrew Lubke stopped 43 of 50.