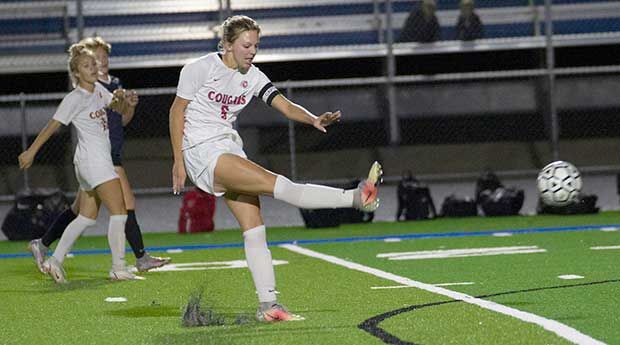 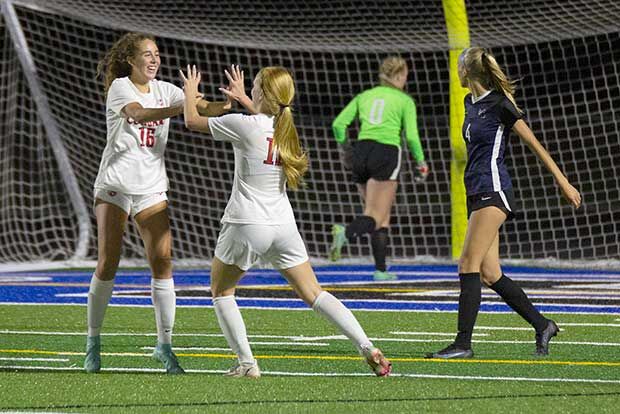 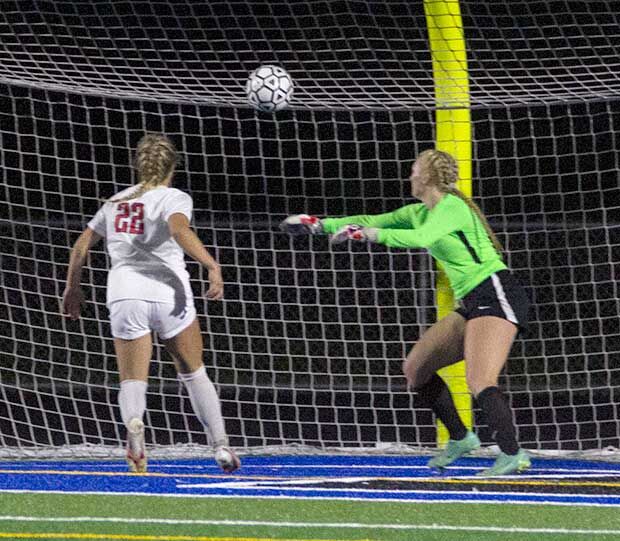 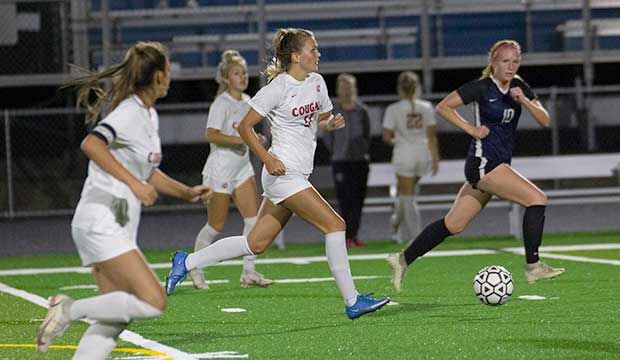 Cougar defender McKenna Monson races up the field with the ball at Rogers.

Cougar defender McKenna Monson races up the field with the ball at Rogers.

It’s another year, another conference championship for Centennial girls soccer.

The No. 2 ranked Cougars, with a 4-1 victory at No. 7 Rogers, clinched their second straight Northwest Suburban title and eighth in 13 years on Tuesday evening.

Andover’s 2-1 win over Maple Grove helped the Cougars wrap it up.

The Cougars led 1-0 at halftime on a goal by Marissa Frost. Tatum Trettel made it 2-0, redirecting a perfect pass by Addi Van Zee from the right side, early in the second half.

Izzy Smith got Rogers on the board, drilling a short free kick in the 55th minute after being knocked over in the box.

During that stretch of the game, the Cougars drew three yellow cards, one on a player and two on an assistant coach.

However, they quickly responded to the Rogers goal as Sarah Strating and Brooklyn Bordson each blasted a shot into the net, three minutes apart.

Since 2009, Centennial has placed in the NWSC first eight times, second twice, and third three times.

The Cougars will host Osseo on Friday in the regular season finale.