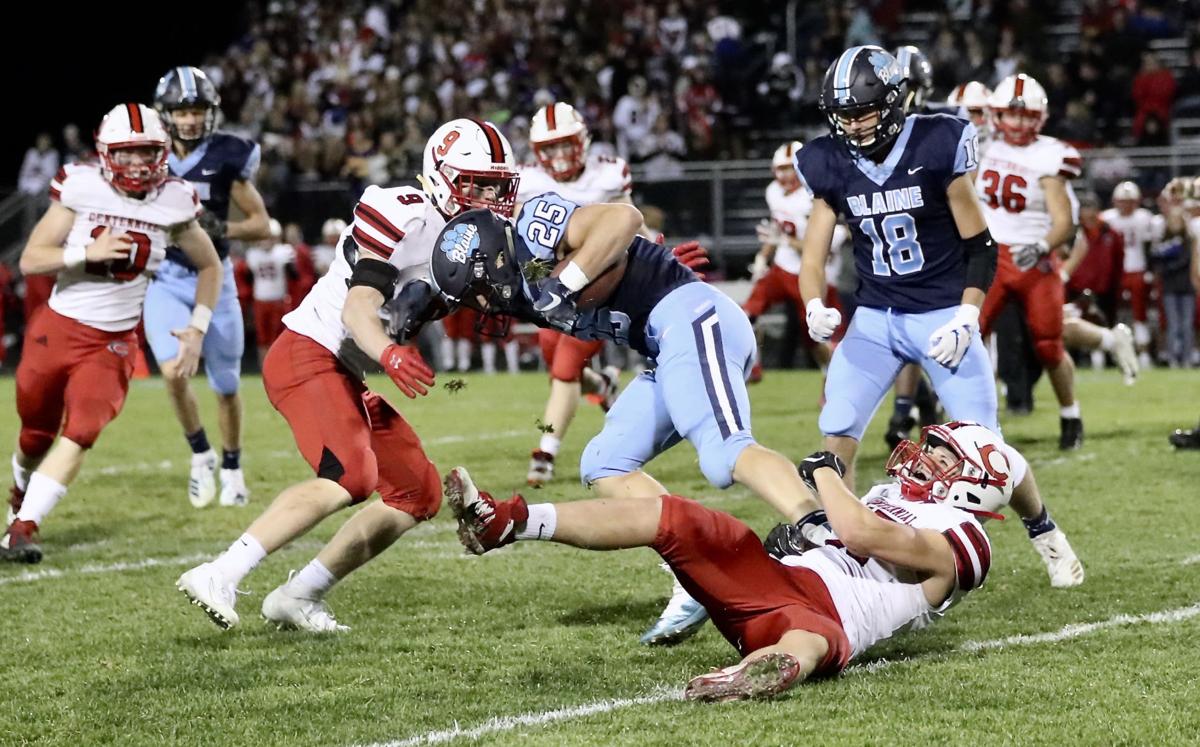 Austin Wlaschin (on ground) snags the ankle of Blaine's Joshua Schlangen while Elijah Ward (9) approaches to help on the tackle. 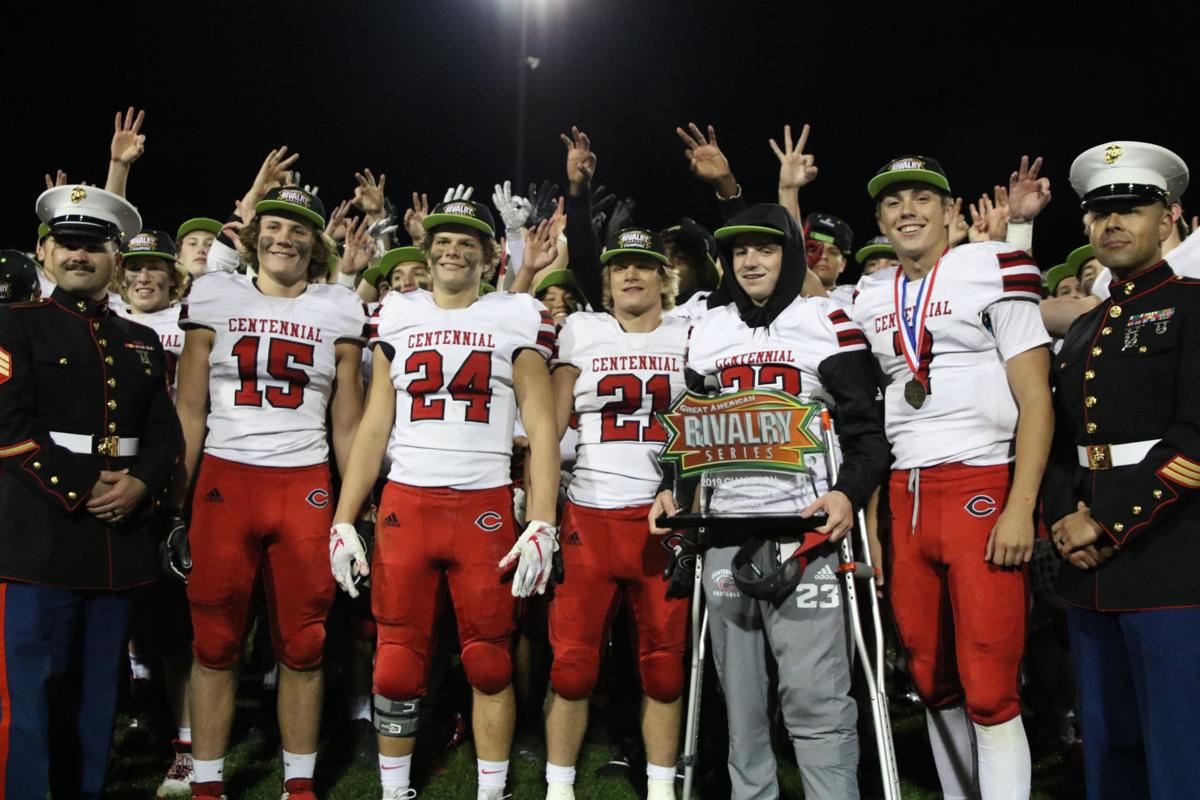 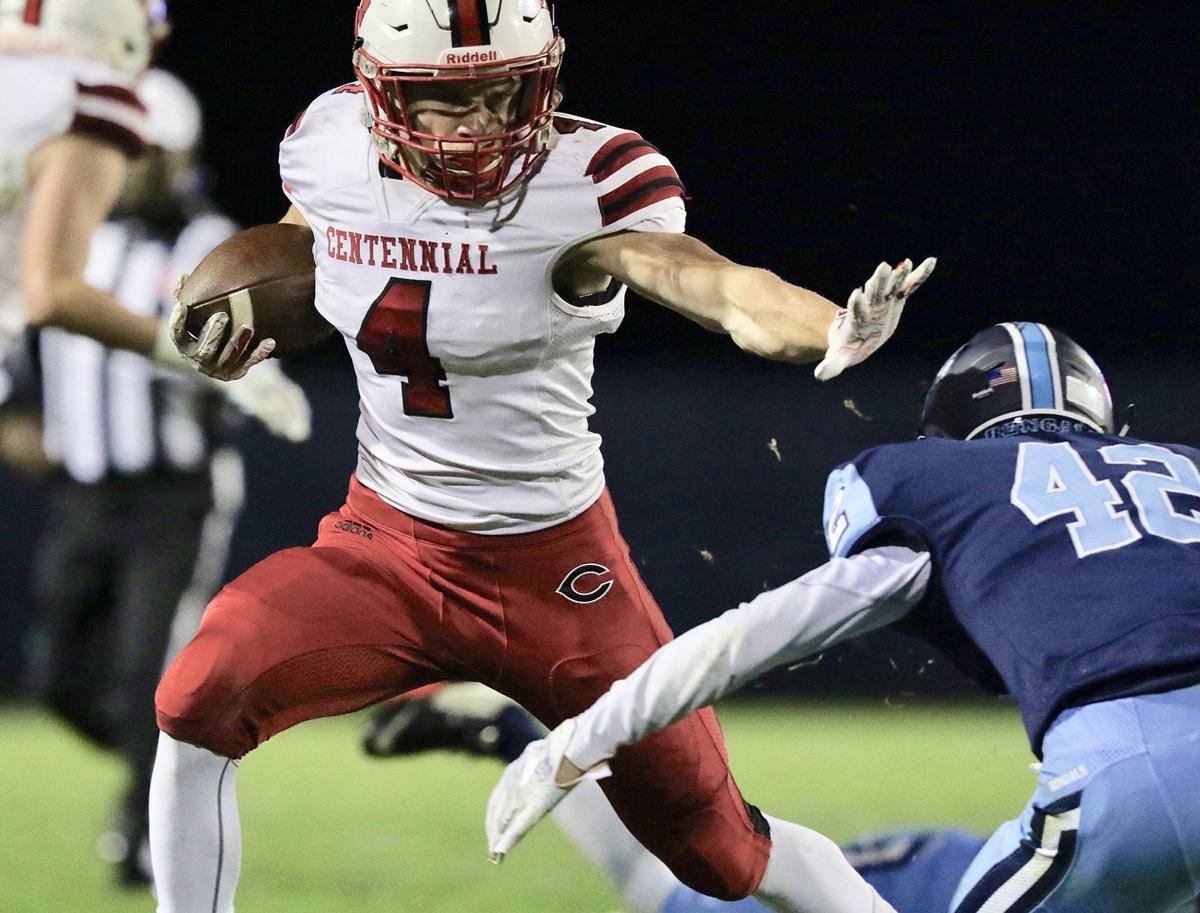 Tim O'Neill of the Cougars picks up yardage while stiff-arming Jackson Braun of Blaine. 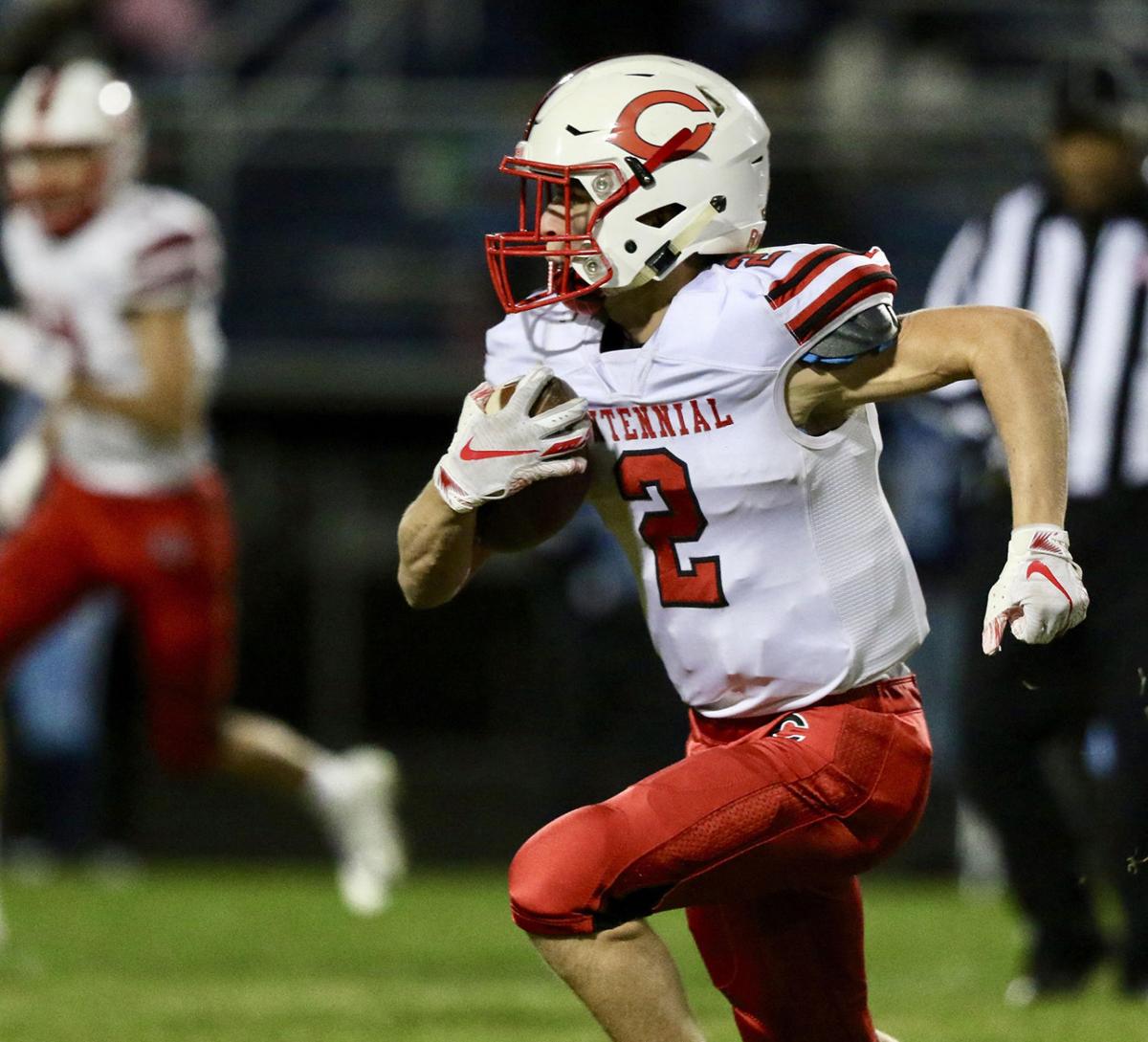 Austin Wlaschin (on ground) snags the ankle of Blaine's Joshua Schlangen while Elijah Ward (9) approaches to help on the tackle.

Tim O'Neill of the Cougars picks up yardage while stiff-arming Jackson Braun of Blaine.

Connor Zulk rambled for four touchdowns as the Centennial Cougars rushed for 400 yards in a 41-7 rout of the Blaine Bengals in Blaine on Friday evening.

The senior quarterback scored from the one, five, 19, and five yard lines, giving him nine rushing TD’s for the season. He carried 16 times for 126 yards, and completed eight of 16 passes for 124 yards with no interceptions.

This game got special recognition from the U.S. Marine Corps.

"When we played Blaine it was one of six games in the nation for that night that was a Rivalry Game sponsored by the Marines," explained coach Mike Diggins. Afterward, the team captains posed with two Marines in dress blues, including Zulk, designated as game MVP.

Also scoring for Centennial (4-2) were Tim O’Neill from four yards and Griffin Weber from two yards.

Noah Larson carried 14 times for 135 yards and O’Neill gained 62 in 11 carries. Carter Anderson snagged four passes for 70 yards. Larson caught two for 19 yards, Justin Doce one for 21, and O’Neill one for 14.

Centennial will play at Osseo (1-5) next Friday.