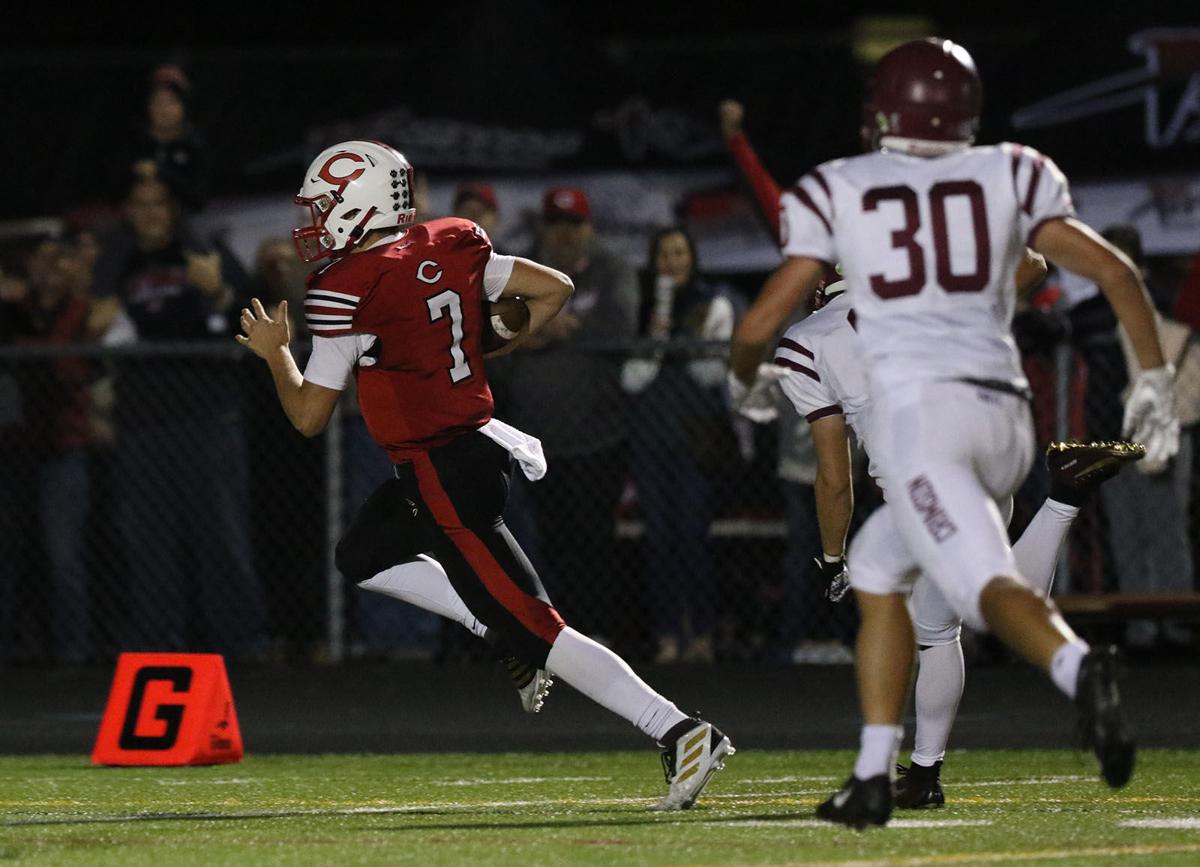 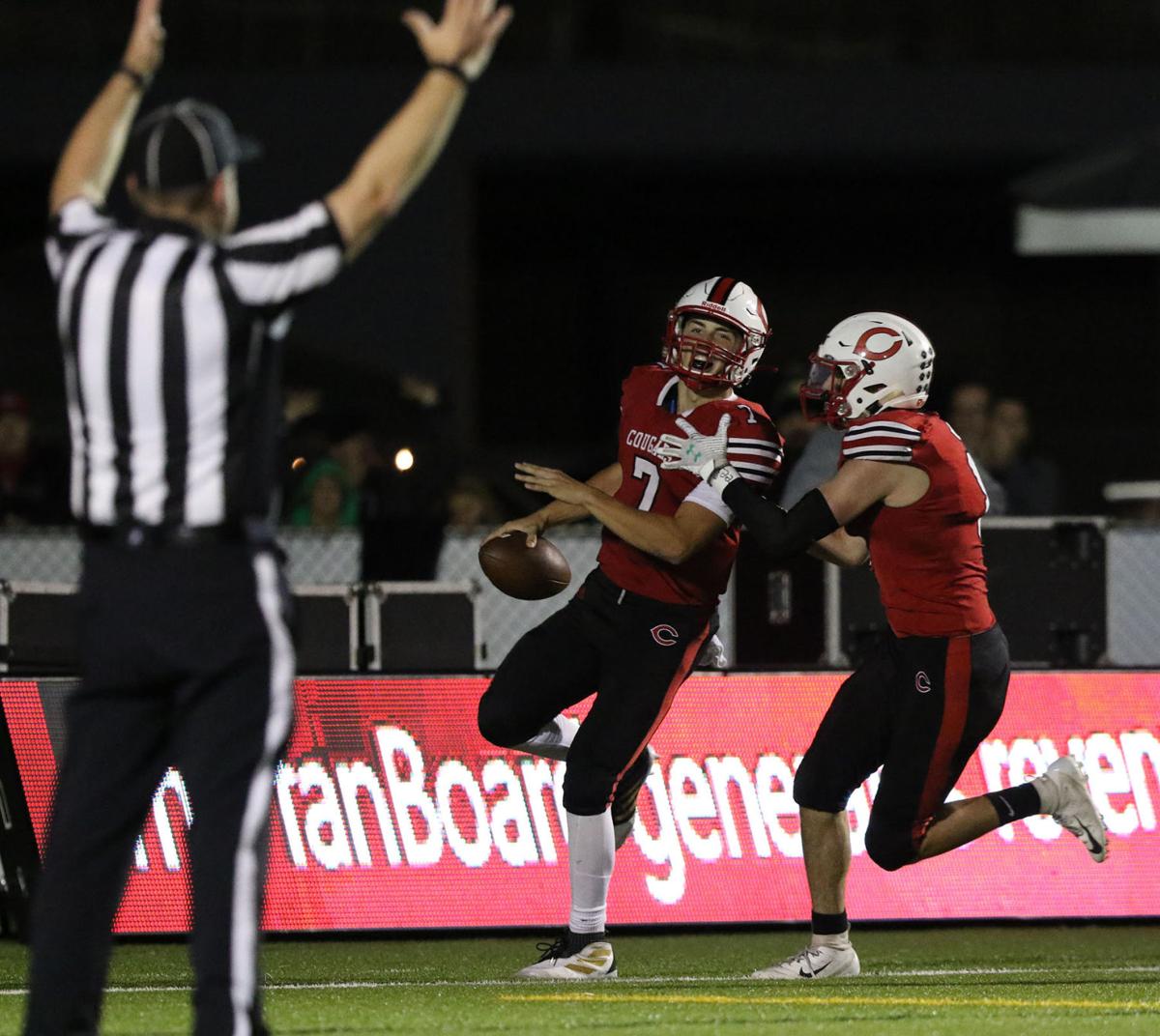 Connor Zulk and Carter Anderson celebrate a touchdown by Zulk. 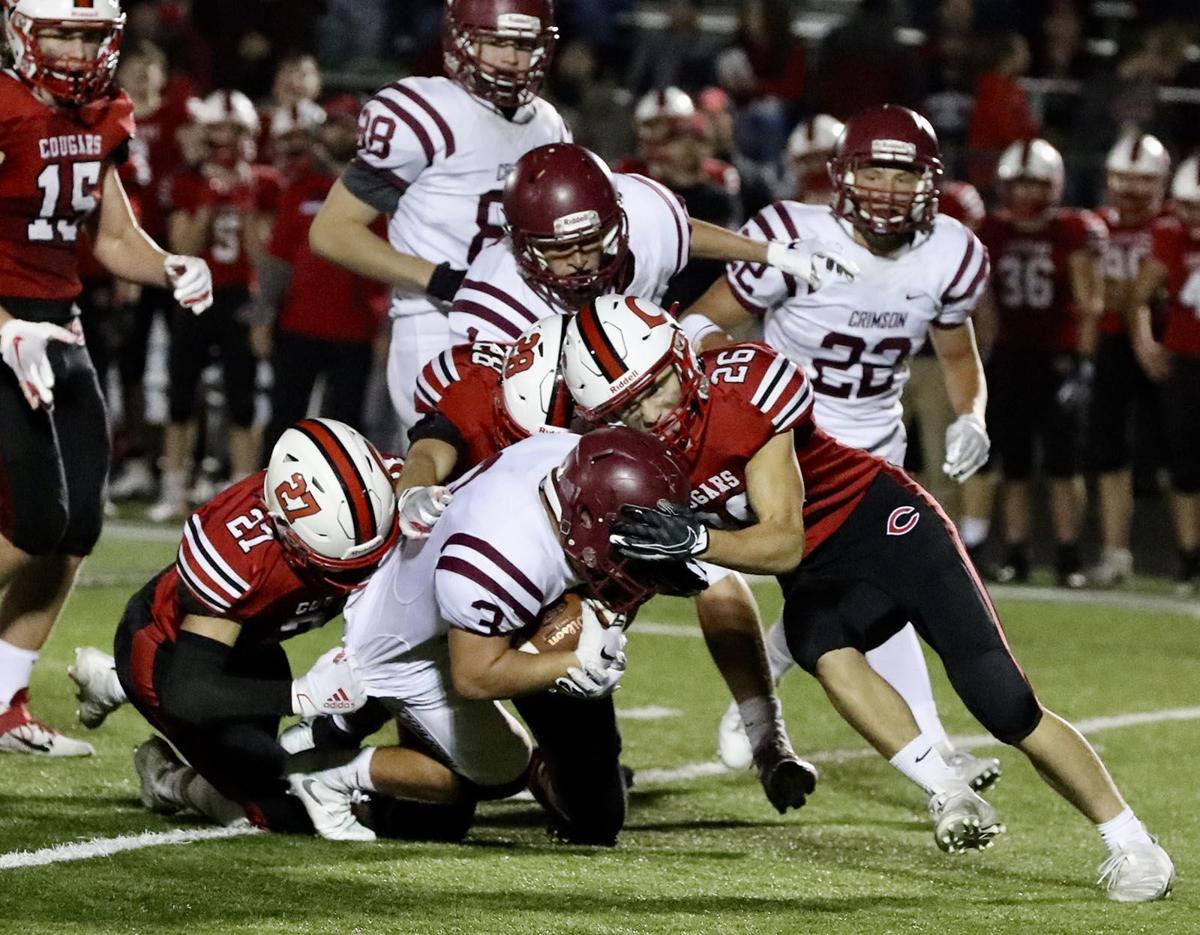 Connor Zulk and Carter Anderson celebrate a touchdown by Zulk.

Time of possession is a key element in football. The team that has the ball the longest is likely to win.

The Centennial Cougars were very much on short end in TOP against Maple Grove, but still posted a 21-14 win, buoyed by three long runs, Friday night.

“We’ve been getting crushed in time of possession the last three games, and we’ve got to work on that, but we were averaging six or seven yards a carry,” coach Mike Diggins said. Actually it was nine yards per carry.

Senior quarterback Connor Zulk bolted 33 and 44 yards for touchdowns in the first half. Tim O’Neill dashed 79 yards in the third quarter to give the Cougars (3-2) a 21-7 lead.

Maple Grove (2-3) got a pair of one-yard touchdowns by quarterback Nate Elmes.

Boosted by Zulk’s playmaking, Cougars have been able to win two of those last three games despite the TOP disadvantage. They beat Champlin Park 21-20 and lost to Totino-Grace 27-19.

Centennial has a potent passing game, especially with Zulk throwing to Carter Anderson, but relied on the ground game on this night. Zulk completed five of seven for 79 yards. O’Neill snagged two for 39 yards and Anderson two for 29.

Zulk gained 90 yards in 12 rushes, and, astute at reading defenses on the option plays, pitched out to O’Neill on the play that went 78 yards, with Anderson throwing a key downfield block.

“Carter is a D-1 player for both his receiving and his blocking,” Diggins said. “He made blocks on several of our long runs.”

“Maple Grove is better on defense than offense. They put their veterans there,” Diggins said. “They ran 3-3 stacks and came at us from all directions. They’re going to make some plays that way, but we caught them on some stunts. That’s how Connor got his long runs.”

The Cougars fumbled on their first drive and the Maple Grove defender who picked up the ball had a chance to score, but was forced out of bounds by Larson at the 20 and the Crimson wound up not scoring. “Noah and our linemen really hustled after the fumble,” Diggins said. That was their lone turnover.

The Cougar defense got two of its six injured starers back — senior lineman Isaiah Bettinger, who missed two weeks with a stinger in the neck, and senior safety Zach Osmek, who missed two full games and most of another with a torn ACL. Osmek was limited to about 20 plays, wearing a knee brace.

“It was great to have Bettinger back out there on the line. Zach, with the ACL, you can’t move laterally very well, but he is one tough kid, and he plays smart,” Diggins said. “He made some plays.”

Maple Grove’s Cooper Wegscheid rushed 19 times for 71 yards and Elmes had 60 in 17 carries while completing seven of 19 passes for 73 yards.

Centennial will play at Blaine (1-4) on Friday.