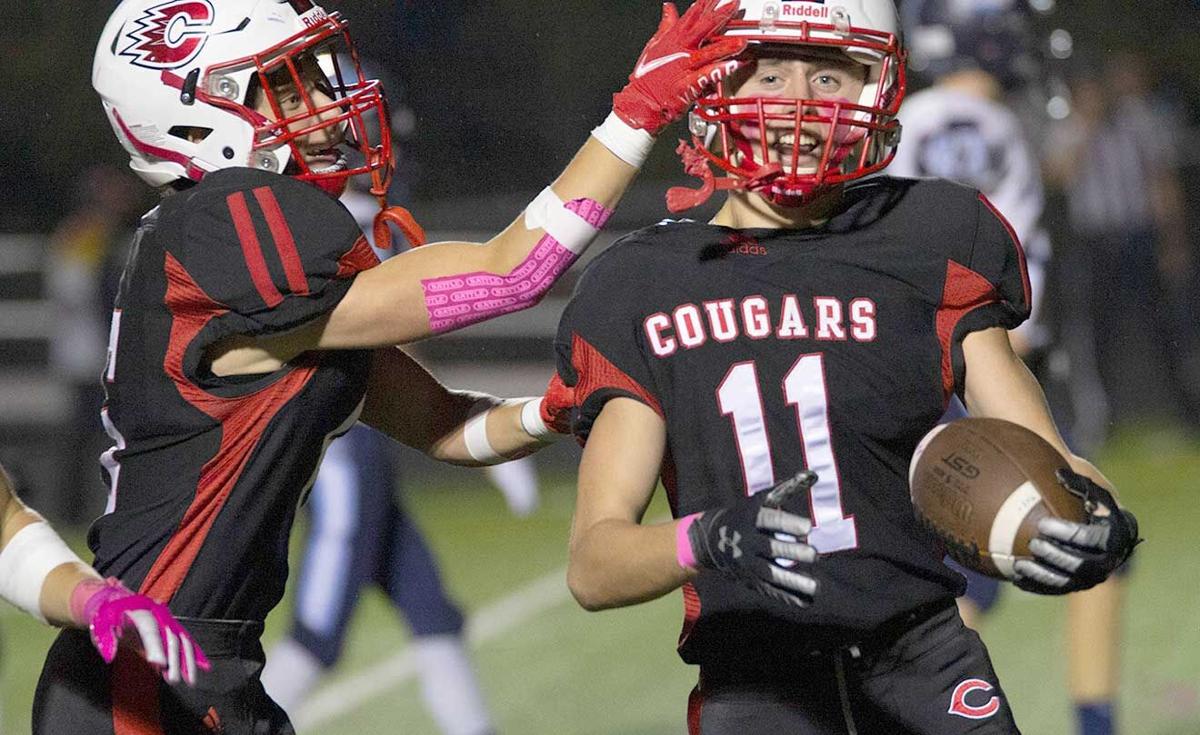 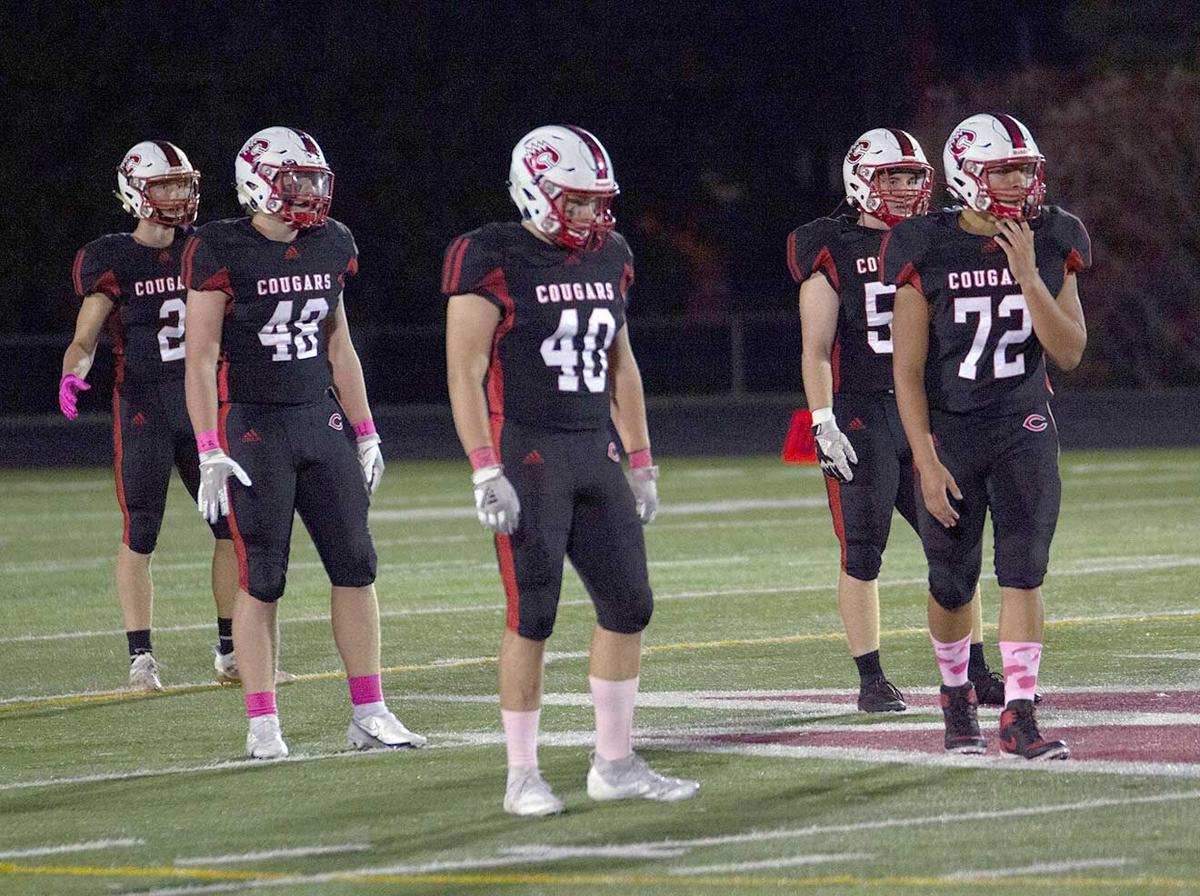 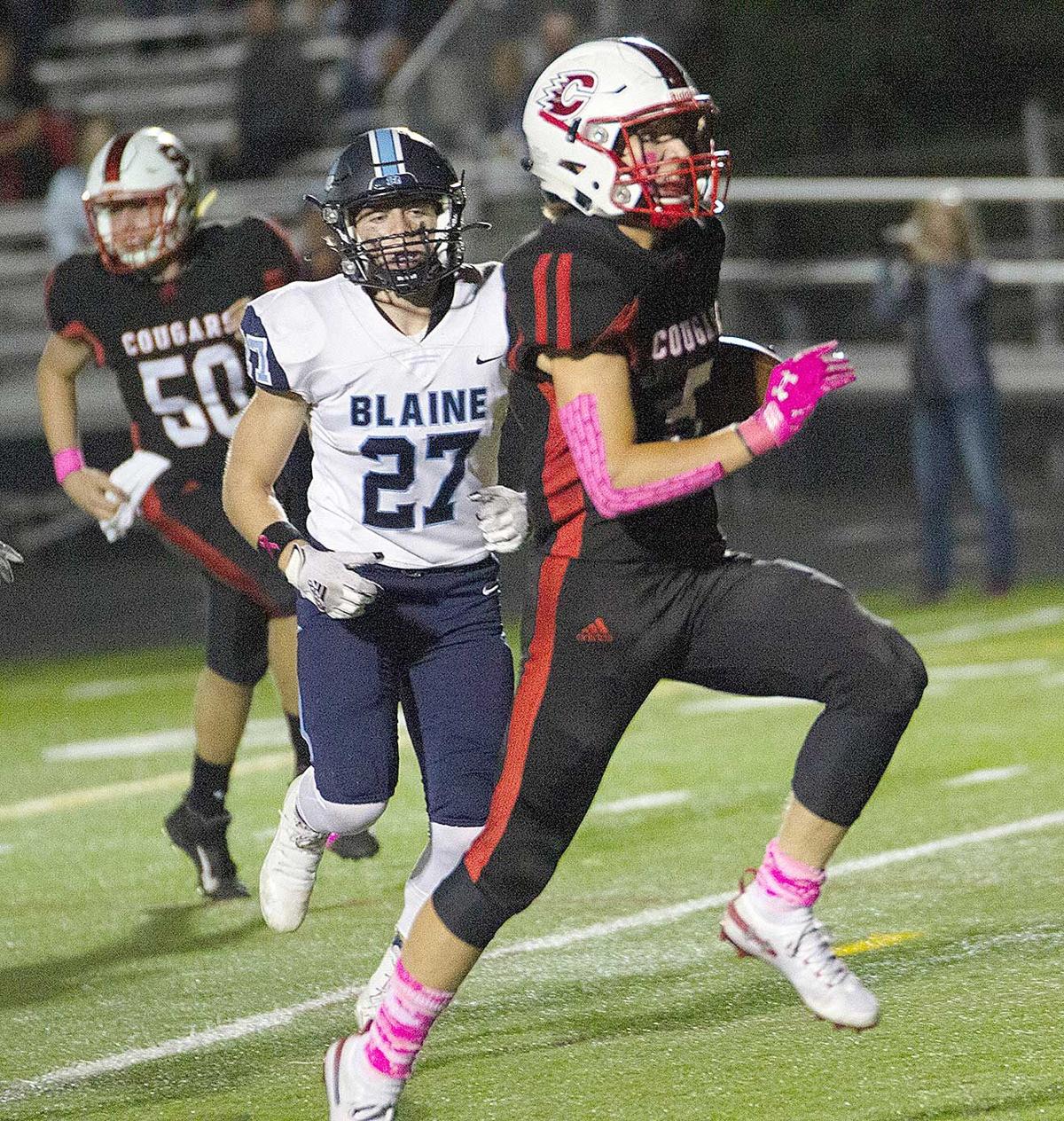 Lance Nielsen high-steps toward the goal line on a 26-yard touchdown. 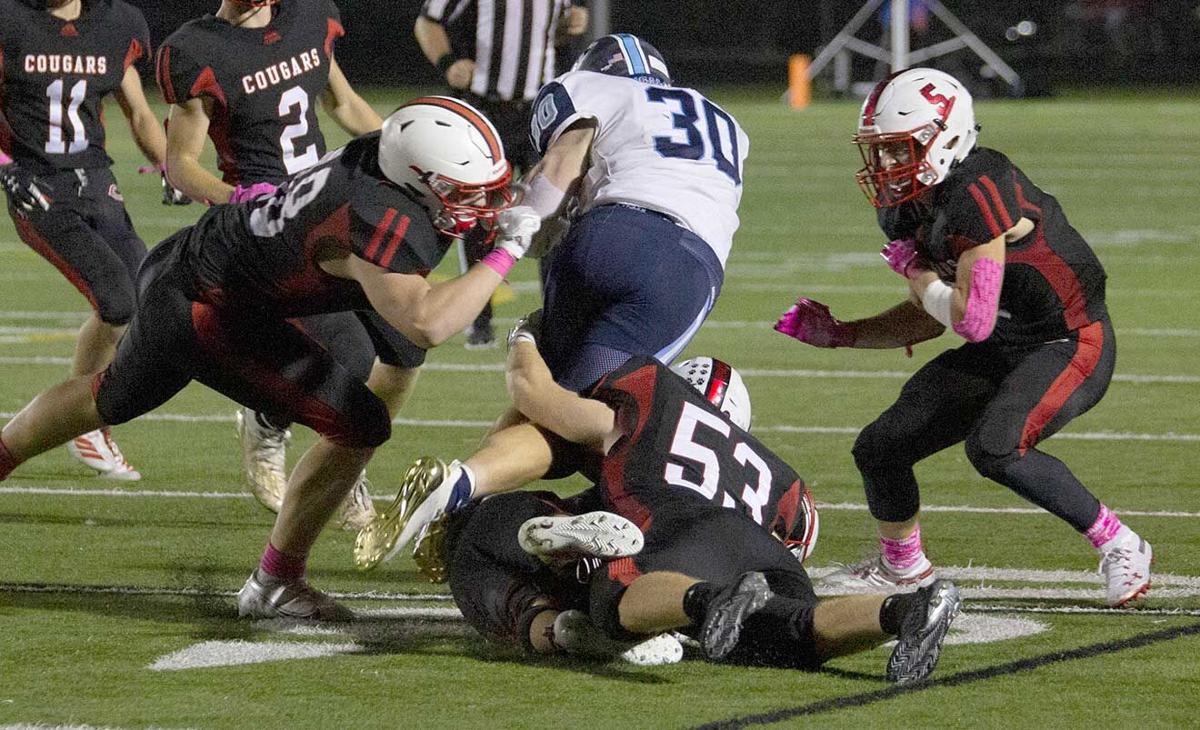 Mason Mix (53) tackles Blaine’s Preston Meyers after a short gain on a pass.

Lance Nielsen high-steps toward the goal line on a 26-yard touchdown.

Mason Mix (53) tackles Blaine’s Preston Meyers after a short gain on a pass.

The Centennial Cougars rushed for 280 yards, and slipped in a wide-open touchdown pass along the way, too, defeating the Blaine Bengals 26-14 on Thursday evening, their fourth straight win.

The Cougars, ranked No. 5 after beating highly-ranked teams the previous two weeks, are 4-2, while Blaine drops to 3-3.

The Cougars, after shutting down Maple Grove 21-7 and Wayzata 6-0, couldn’t put a lid on the Blaine offense in the first half, which ended 14-14. But they blanked the Bengals in the second half.

The Cougars quickly tied the score with Lance Nielsen bolting 26 yards to score through a big hole from the line, and took the lead 14-7 with Nielsen scoring again from the four in the second quarter.

Blaine caught up with Meyers breaking away for a 26-yard touchdown late in the second quarter. Meyers carried 16 times for 90 yards in the game while quarterback AJ Kauls hit 14 of 26 passes for 122 yards. Wideout Jordan Reynolds caught five for 69 yards.

Cummings threw only four passes but one of them was a 25-yard touchdown to Luke Clark, who had nobody near him as he caught the ball at the five-yard line, with the Blaine defense bracing for the run, in the third quarter. The kick was blocked and the score remained 20-14.

The Cougars made it 26-14 with five minutes left as Liu capped a 60-yard march, plowing for a four-yard touchdown. The Cougars made two fourth-and-two plays in the drive. A two-point pass attempt failed.

Blaine has a female placekicker, junior soccer star Kendall Stadden, who made both extra points. During a half-time practice, she drilled several through the uprights from 35 and 40 yards, but the Bengals didn’t have a field goal opportunity in the game. Stadden hit a last-second, game-winning field goal against White Bear Lake and is 2-for-2 on field goals and 7-for-8 on XP’s.

Centennial plays at Minnetonka next Friday.