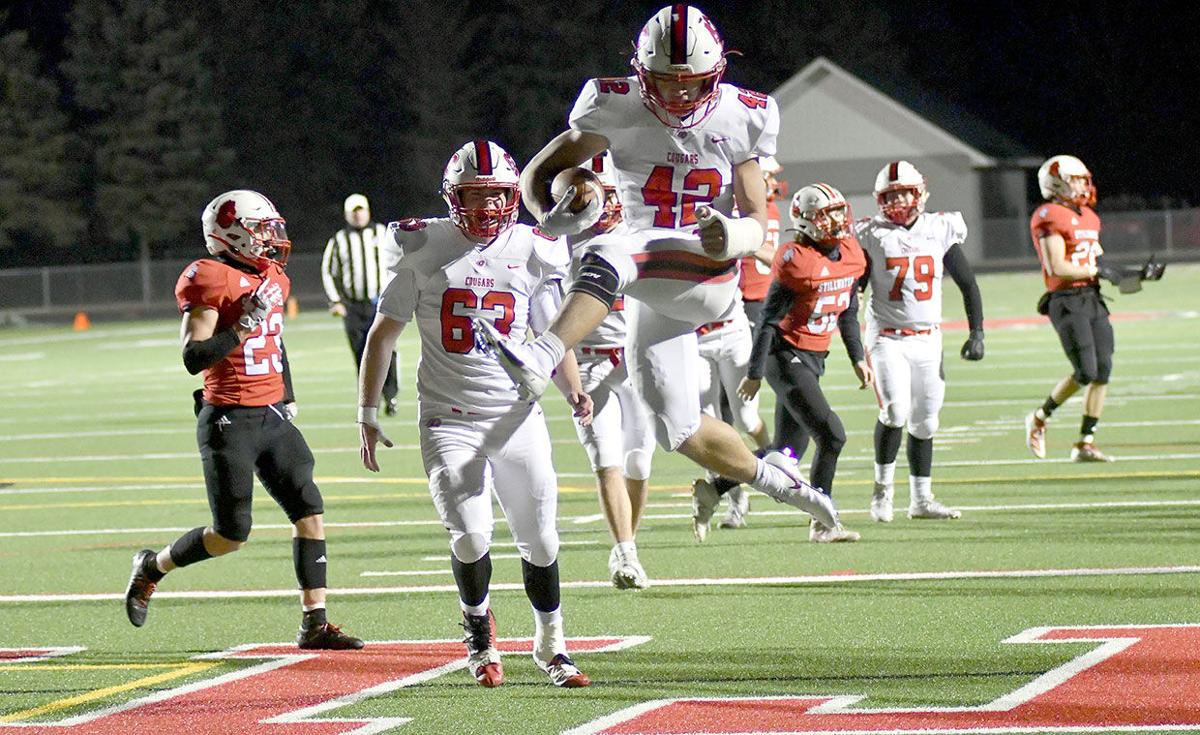 Junior fullback Lance Liu bounds into the end zone during the second quarter of the 27-13 Centennial victory over Stillwater. He gained 214 yards on 33 carries in the final game of a highly unusual season. 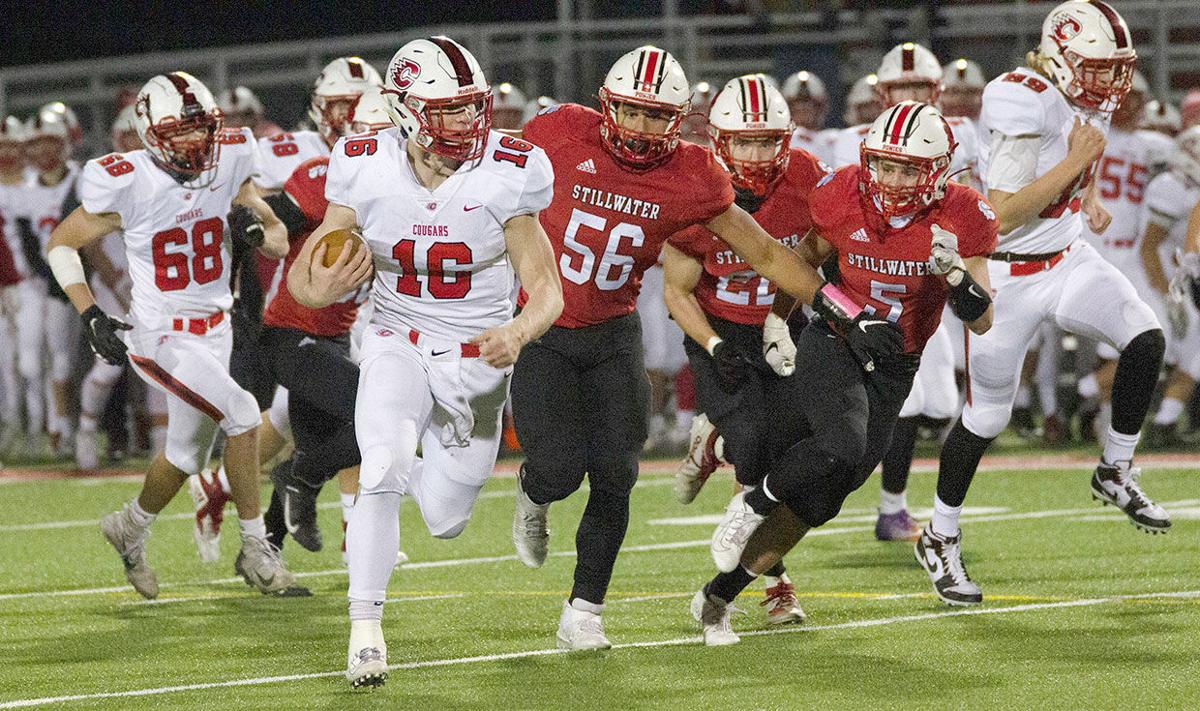 Elijah Ward takes off on a long gainer for Centennial. 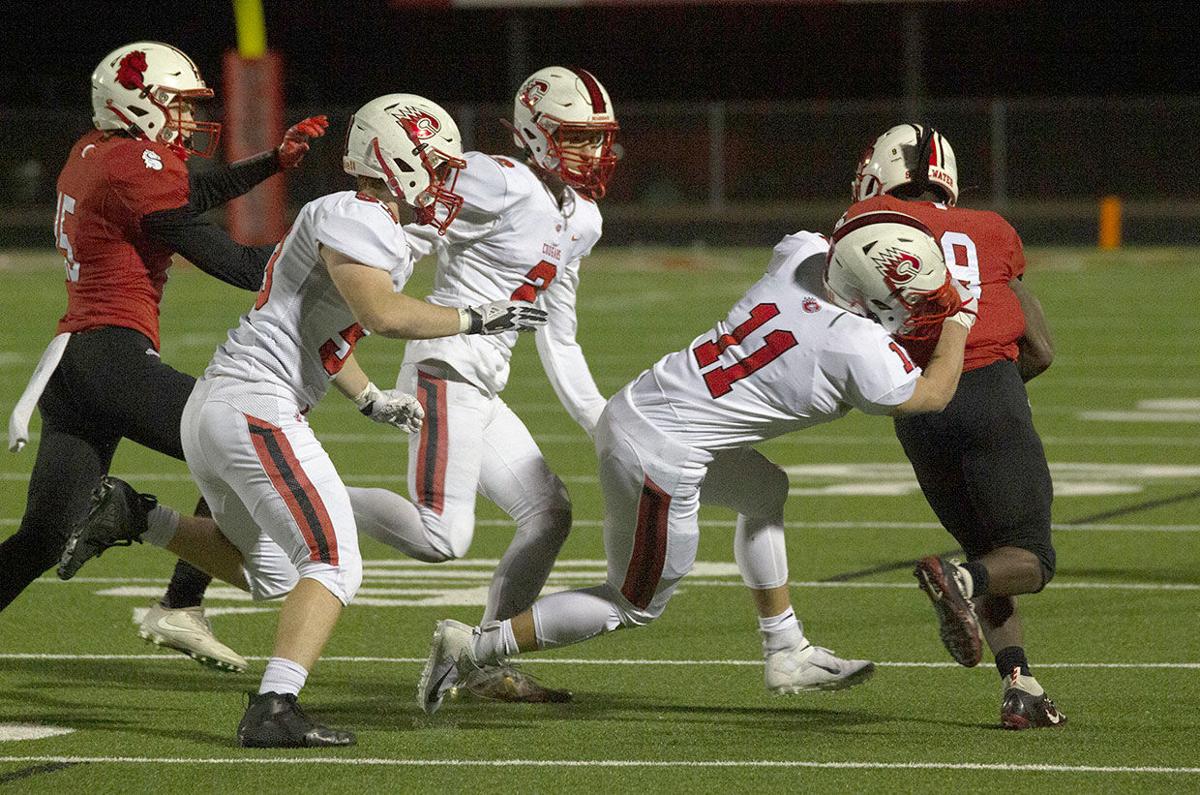 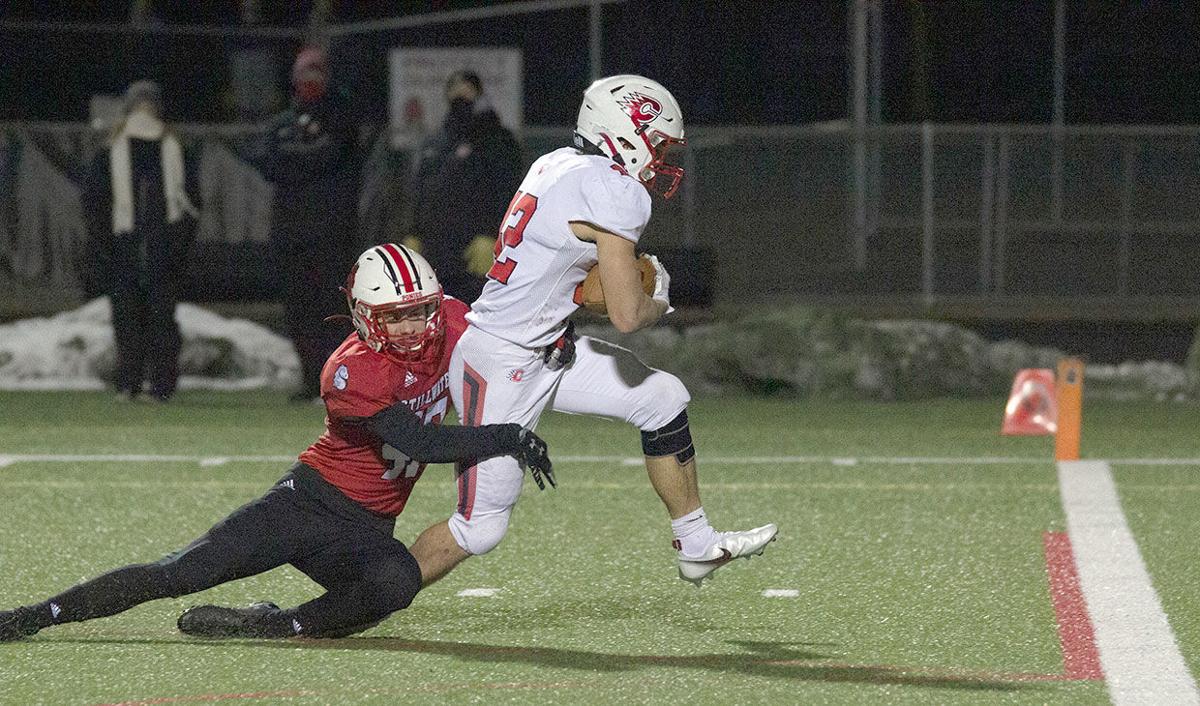 Junior fullback Lance Liu bounds into the end zone during the second quarter of the 27-13 Centennial victory over Stillwater. He gained 214 yards on 33 carries in the final game of a highly unusual season.

Elijah Ward takes off on a long gainer for Centennial.

The Centennial Cougars capped off the highly unusual 2020 season by picking up their second section playoff win in three nights, beating the Stillwater Ponies 27-14 on Friday evening in Stillwater.

Stillwater (4-3) scored first as Joe Krenz broke away for a 52-yard run. The Cougars pulled even five minutes later with Elijah Ward passing to Chase Granzow for a 14-yard score.

Liu gave Centennial the lead with a 10-yard touchdown in the second quarter and added to it by bolting 24 yards for a TD in the third quarter.

The Cougars, up 20-7, wrapped it up in the fourth quarter after Issak Ankrum intercepted a pass near midfield. Ward, who gained 115 yards in 20 carries, busted 10 yards for the touchdown with 5:38 left. Eli Nowacke kicked his third conversion in four tries.

Stillwater closed the gap with 2:52 left on a 16-yard TD pass from Casey Venske and Erik Roettger.

The season started six weeks late, due to the COVID-19 pandemic, after originally being slated for spring, and then had a shortened post-season schedule, consisting of just a three-round sectional with no state meet. The section was shortened even further on Thursday after Gov. Tim Walz shut down high school sports for four weeks starting Saturday.

The Cougars-Ponies game, like others slated for Saturday around the state, was moved to Friday and was to be the season finale regardless of outcome, with no section championship to follow.

The Cougars took the field Friday with only two days between games — unheard-of in prep football — having beaten Lakeville North 36-14 on Tuesday. Stillwater, seeded higher, had a first-round bye and had nine days between games.

Centennial was one of the teams that got to play eight games. Many teams in the state lost one, two, or three games from the schedule.