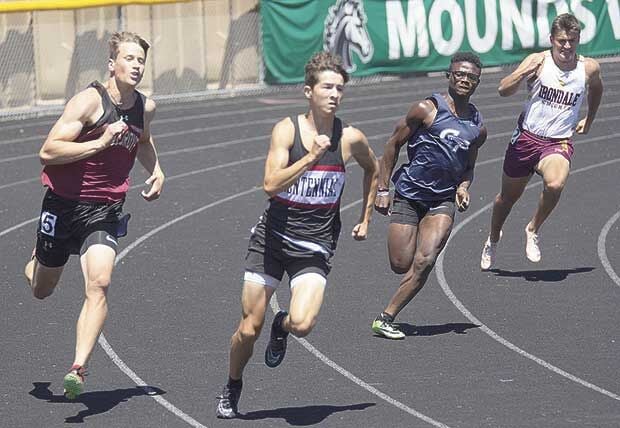 Landen Liu, second from left, pulls into the lead on the turn of the 200 meter dash, where he set a section meet record. 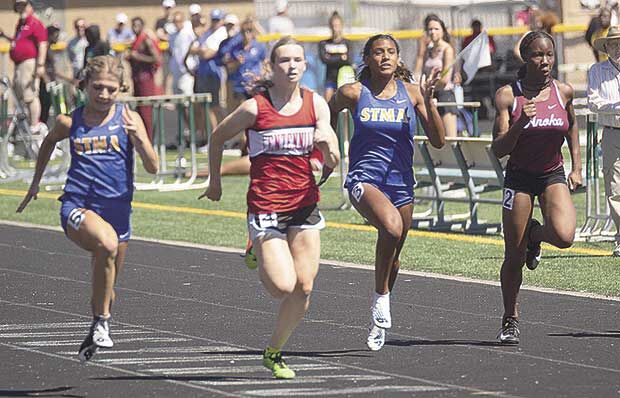 Emily Anderson, in red, galloped toward second place in the 100 dash.

Landen Liu, second from left, pulls into the lead on the turn of the 200 meter dash, where he set a section meet record.

Emily Anderson, in red, galloped toward second place in the 100 dash.

Liu, a junior, was the boys 200 dash champion, hitting the tape in 21.55 seconds, which broke the section meet record. He also placed third in 100 dash with 10.89 seconds and qualified by standard.

“Landen has worked a lot on his fast twitch techniques and running the curve of the track,” said Ashlee Davis, Cougar sprints coach, “with an emphasis on his form when exiting the curve and entering the straight for the last 100 meters of the 200.”

Davis noted that Liu met all three goals that he set for himself at the outset of the season — get under 11 seconds in the 100, under 22 in the 200, and reach state in both.

“Emily has worked a lot on her block start and acceleration techniques for this season, aiding in her quicker race times,” said Davis.

All five performances Saturday were personal-bests.

Draheim, a sophomore in her first year of track, beat her personal best in girls high jump by four inches, placing second with a 5 feet, 2 inch effort. Her previous best in a meet was 4-10.

“It was clear that she had exciting potential, but her training was interrupted more than once this season due to unforeseen circumstances,” coach Ryan Evans said. Draheim, mentored by jumps coach Nate Balzer, had cleared 5-2 in practice. “She knew she was capable — it was just a matter of doing it on the right day,” Evans said.

The state Class AA meet will be held Saturday at St. Michael-Albertville with boys starting at 10 a.m. and girls at 3:30 p.m.