Skip to main content
You have permission to edit this article.
Edit
1 of 10 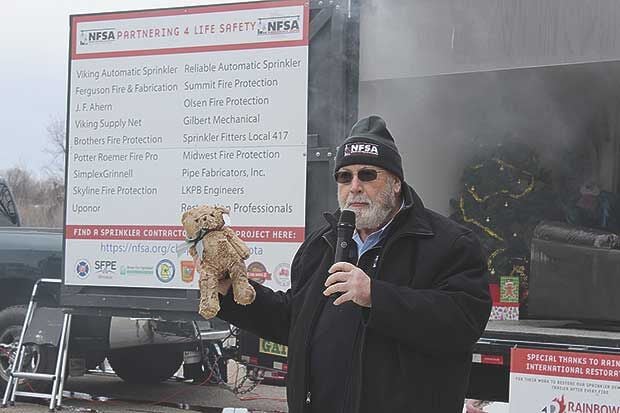 NFSA State Coordinator Tom Brace explains that this teddy bear likely could be dried out and saved thanks to the sprinklers in the home. The single most hazardous week for fire is between Christmas Eve and New Year’s morning. 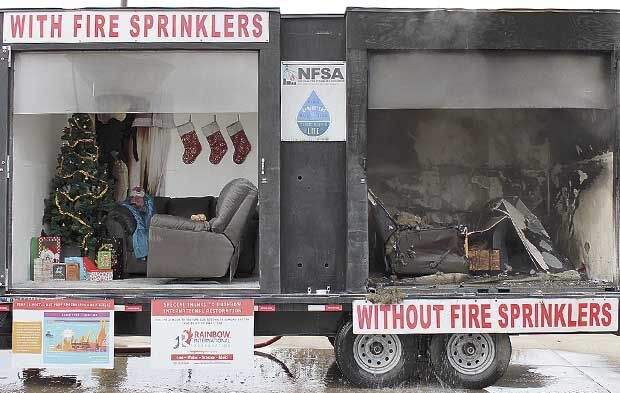 A demonstration reveals that a living room equipped with one sprinkler head will fare way better than a living room with no sprinklers. Sprinklers are triggered by heat, usually 125 to 165 degrees, depending on the manufacturer. 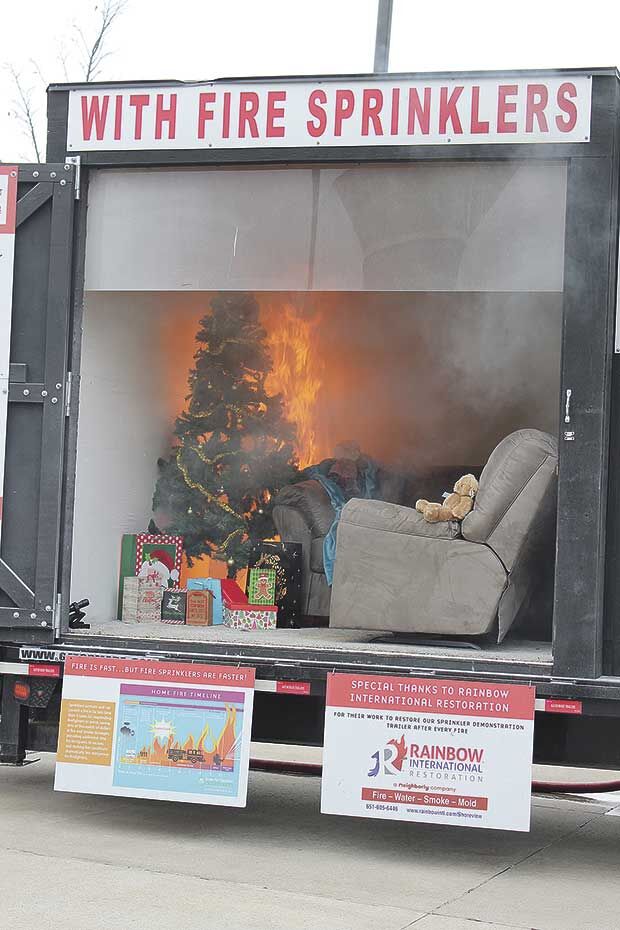 A demonstration put on by the National Fire Sprinkler Association (NFSA) and the State Fire Marshal Division shows the difference between a fire in a home with sprinklers versus no sprinklers. 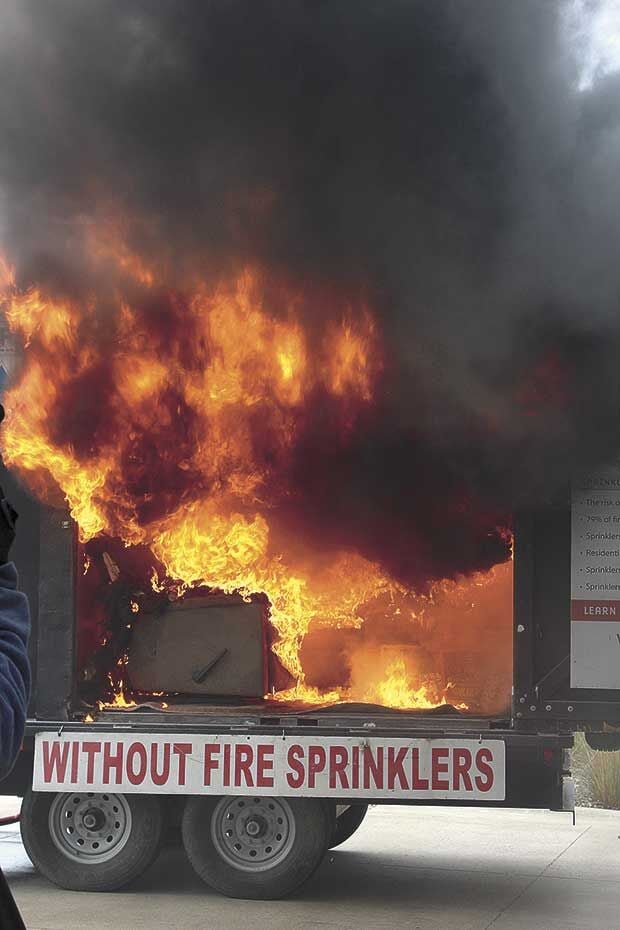 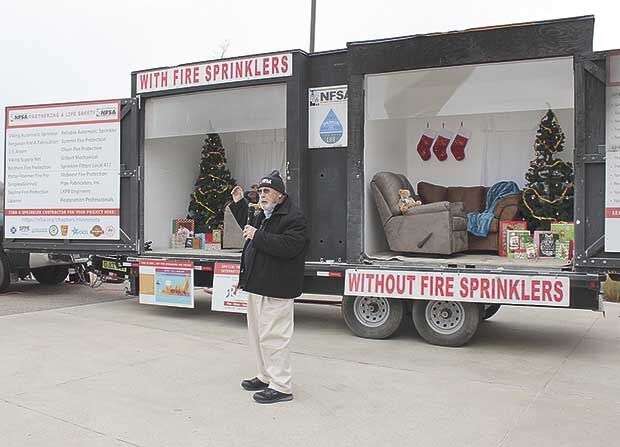 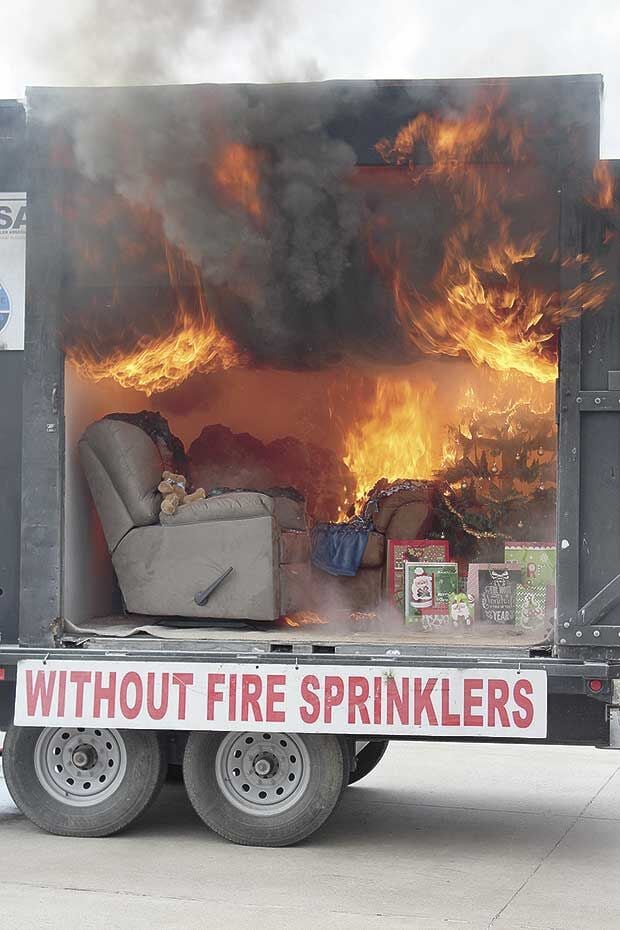 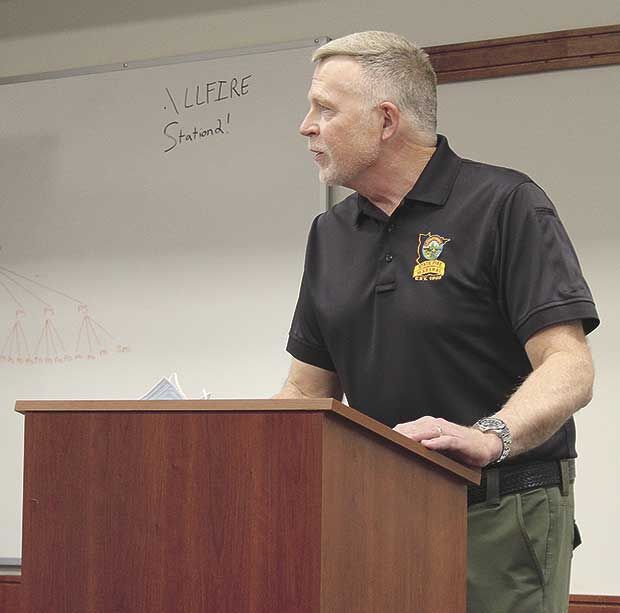 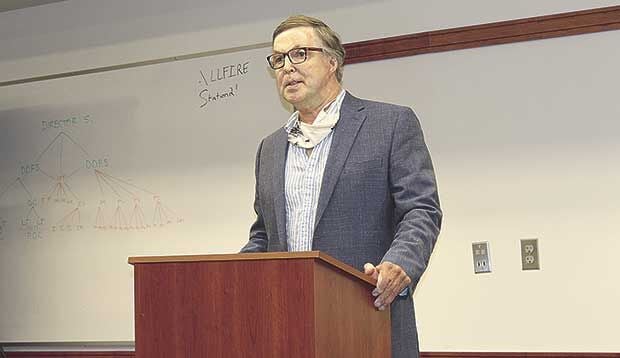 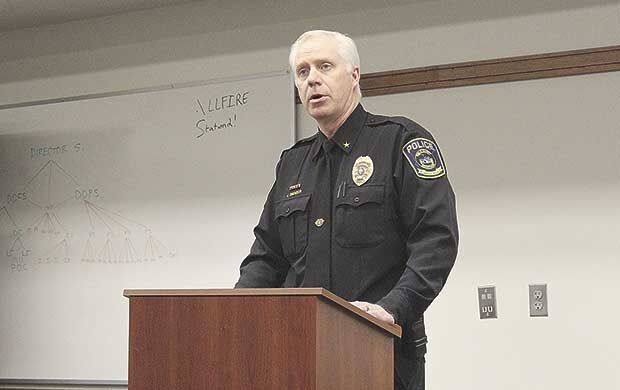 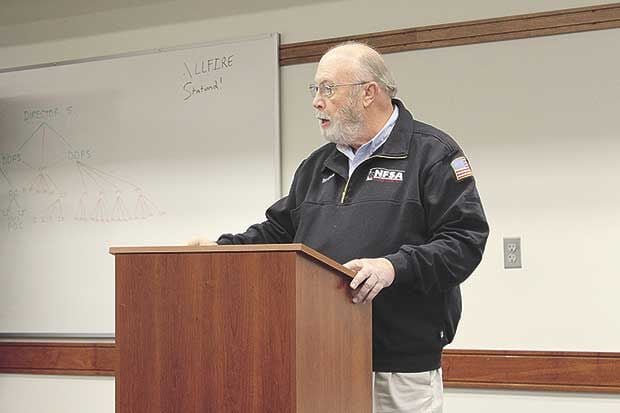 NFSA State Coordinator Tom Brace explains that this teddy bear likely could be dried out and saved thanks to the sprinklers in the home. The single most hazardous week for fire is between Christmas Eve and New Year’s morning.

A demonstration reveals that a living room equipped with one sprinkler head will fare way better than a living room with no sprinklers. Sprinklers are triggered by heat, usually 125 to 165 degrees, depending on the manufacturer.

A demonstration put on by the National Fire Sprinkler Association (NFSA) and the State Fire Marshal Division shows the difference between a fire in a home with sprinklers versus no sprinklers.

By now, ornaments are likely on the tree, a garland is draped over the fireplace and lights are strewn about, both indoors and outdoors.

The single most hazardous week for fire is between Christmas Eve and New Year’s morning. The National Fire Protection Association (NFPA) and the Federal Emergency Management Agency (FEMA) reported that more than 14,800 fires occurred over the holidays in 2019, killing 500 people and injuring 2,000. Of those holiday fires, 35% of those were the result of lit candles.

“This is a great time of year for families to celebrate,” explained Lino Lakes Public Safety Director John Swenson. “We want to make sure that we are being very proactive about getting the message out there about safety, and making sure that this holiday season doesn’t turn into a tragedy for any family in Minnesota.”

‘Nothing is worth almost losing your life’

That’s a danger survivor Steve Mosborg knows all too well. Mosborg has long had a tradition of traveling to Denmark, Wisconsin, for Thanksgiving and bringing home a real Christmas tree and garland.

On Christmas Day in 2000, Mosborg was enjoying his fireplace in his living room right before dinner. “I was feeding the fire with the wrapping paper not thinking twice about it …  All of a sudden I (put) a small box into the fire and the box just had enough pocket of air where it caught the live garland on the fireplace. I looked at my wife and I looked at my (18-month-old) daughter and I said, ‘Oh my goodness, what do we do now?’”

Instincts took over and Mosborg quickly got his daughter and wife out of the house to safety, but then he made his first mistake — in what he described as a series of mistakes — and decided to go back into the house.

“I had worked so hard to renovate my home that I was going to go back in and save my house,” he said. “I always thought I was going to lose my life falling off of a mountain or getting hit by a truck on one of my bicycle trips. It never even dawned on me that I might actually have this experience and maybe lose my life in a house fire.”

Mosborg didn’t have a fire extinguisher, but he ran to the kitchen to fill a large pot with water. By the time he got back to the living room, the fire had spread from the garland to the drapes and to the top of the Christmas tree. He then thought if he could just get the tree outside of the house, he might save their home. He dragged the tree to the front of the home, but due to the change in pressure, he wasn’t able to open the door.

“The only thing that really saved me is that (my wife) was at the side door holding my daughter and she said, ‘Steve, follow my voice.’ So, I walked over the Christmas tree, burned the bottoms of my feet and went out the side door to safety,” he recalled. “I knew I was in a little bit of trouble because I was having a hard time breathing. I inhaled so much smoke, and then I was leaving a trail of blood in the snow from the bottoms of my feet.”

Mosborg was transported to HCMC where he spent 6 1/2 weeks in an induced coma. He was burned over 63% of his body and had to have 11 skin graft surgeries and pins put in each of his fingers. Mosborg estimated that his medical bills amounted to $1.2 million. Thankfully, he had good insurance.

“It was a long, long, journey,” he said. “But the key is you have to get to the other side. Would it have been a nice to have a fire extinguisher? Yes. Could I maybe have smothered the fire? Maybe. But the key is when I got my wife and daughter to the side door, I should have just walked out the door. Nothing is worth almost losing your life,” Mosborg explained.

Bob Reif, deputy state fire marshal, reminds people of a few things they should do this holiday season, or “house-eating season,” as he calls it, to keep themselves, their friends and families, and their homes safe.

When using extension cords, it’s important to purchase high-quality cords and not place anything over the cords, including area rugs. Perhaps most importantly, don’t string a bunch of cords together.

“Those wires carrying that amount of wattage can heat up, and when you’ve got a number of those things strung together, they can actually get hot enough to ignite a fire — particularly if they are around Christmas trees, bows or garlands,” Reif explained.

In terms of trees, both real and artificial trees can be dangerous. It is important to always keep any flame source at least 3 feet away from the tree. Real trees should be disposed of in a timely fashion, as they dry out quickly and can become explosive, Reif said.

Another danger is space heaters. Space heaters should always be plugged directly into a wall outlet instead of an extension cord, and should never be used while you are sleeping.

When preparing a holiday meal, or a meal anytime, it’s important to never leave the kitchen. Unattended cooking accounts for about 80% of residential fires within the U.S. If a fire does break out, either on the stove or in the oven, it is important to not throw things on it, like a pot of water.

“Simply remove the heat source by turning off the burner (or turning off the oven) and slide the cover over the pan (don’t open the oven). I always advise people to keep a cookie sheet or a pizza pan handy when you are cooking something on the stovetop,  because even if the particular pan or skillet you are using doesn’t come with a lid, a cookie sheet or a pizza pan is usually large enough to cover virtually anything you have on the stovetop. Then leave it covered for a good 20 to 30 minutes,” Reif said.

It’s also an important time of year to make sure that all smoke detectors and carbon monoxide alarms are working.

“It’s one of those things that people say happens to other people. They have a tough time imagining that it can happen to them,” said NFSA State Coordinator Tom Brace. “We want it to be a safe and prosperous holiday season.”

Managing Editor Shannon Granholm can be reached at 651-407-1227 or quadnews@presspubs.com.

500 people were killed in fires over the holidays in 2019

135 to 165 degrees is the temperature when sprinklers turn on

80% of residential fires in the U.S. are a result of unattended cooking