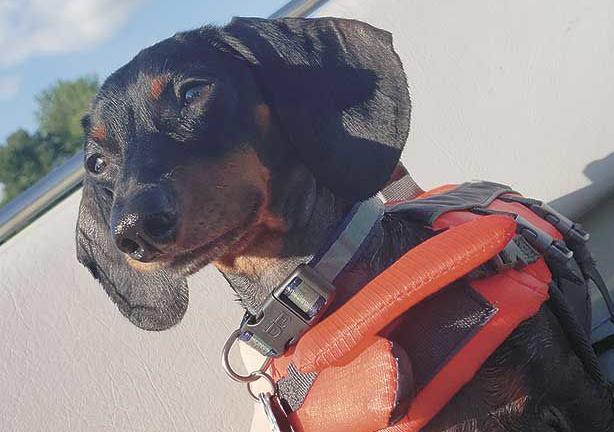 Buddy, a 3 1/2-year-old dachshund from Centerville, died from injuries last week. It is suspected that he was shot by a pellet gun. 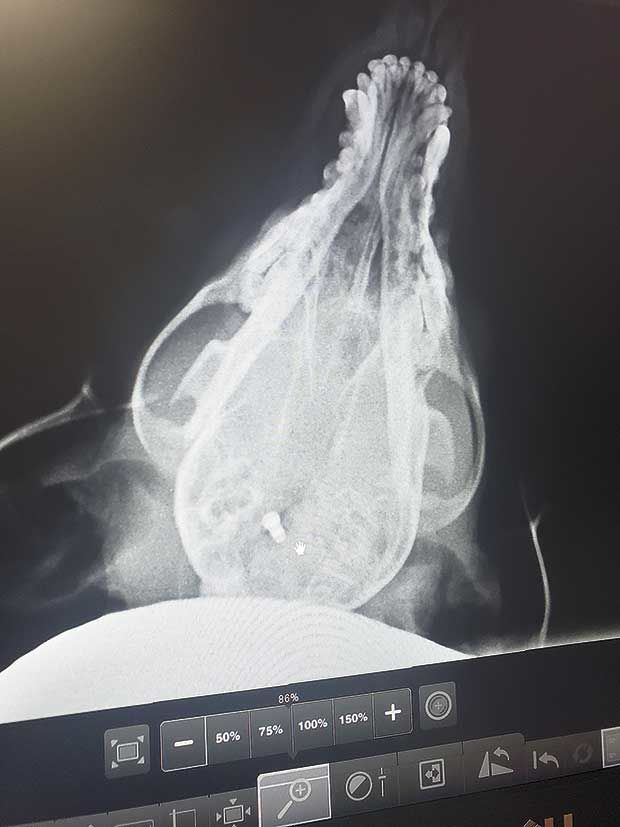 An X-ray confirmed that there was an object in Buddy’s head, likely a pellet from a pellet gun, but that has not been confirmed.

Buddy, a 3 1/2-year-old dachshund from Centerville, died from injuries last week. It is suspected that he was shot by a pellet gun.

An X-ray confirmed that there was an object in Buddy’s head, likely a pellet from a pellet gun, but that has not been confirmed.

CENTERVILLE — After 19 hours of clinging to life, Buddy, a 3 1/2-year-old dachshund, died from his injuries.

Around 11:45 a.m. Dec. 4, Buddy's owner, Danielle Rajewsky, was on the phone with a mortgage lender when she heard Buddy and her other dog, North, a 6-month-old bluenose pitbull, barking outside. Danielle and her boyfriend, Brian Brottem, moved into their home in Centerville on Clear Ridge in April.

“I heard them bark a couple times before I started hearing yelping,” Rajewsky recalled. “I thought he (Buddy) was just being a small dog, but then I looked outside and he was laying on his side by the fence, kicking his legs and crying.”

At first glance, Rajewsky assumed North had been too rough with Buddy. When she was trying to clean off Buddy's head wound, she knew something was not right.

“I knew something was seriously wrong. We left the house with the sliding glass door still open, left my phone behind and ran him to Otter Lake Animal Hospital,” she said.

The doctor explained Buddy's injuries were not from another animal, and an X-ray confirmed that there was an object in Buddy’s head.

“We are investigating this thoroughly, and we do anticipate charges,” explained Centennial Lakes Police Department Lt. Russell Blanck. “The determination was that her dog wasn't injured, but that the dog had been wounded by a projectile, most likely a pellet from a pellet gun, but that has not been confirmed.”

Despite showing some improvement at the vet, Buddy passed away from his injuries the day after the incident.

Blanck said the department attempted to investigate a couple of allegations in the neighborhood from unrelated incidents that date back to the mid-90s, but the department doesn't have any records that go back that far.

“We are taking this very seriously. We will pursue the most vigorous charges that are available to us and additional investigation is underway,” Blanck said.

There is a GoFundMe campaign set up to help with Buddy's outstanding medical bills. You can find it by searching “Justice for Buddy and Medical Expenses.” The Quad Community Press will update this story as more information becomes available.