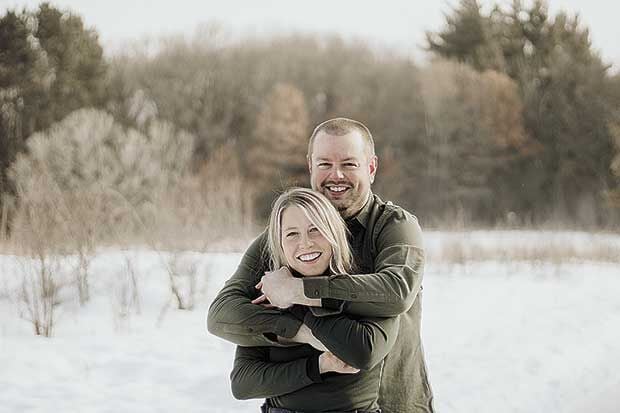 Molly Lund and Chris Kieger will get married April 30 despite a last minute change of plans. 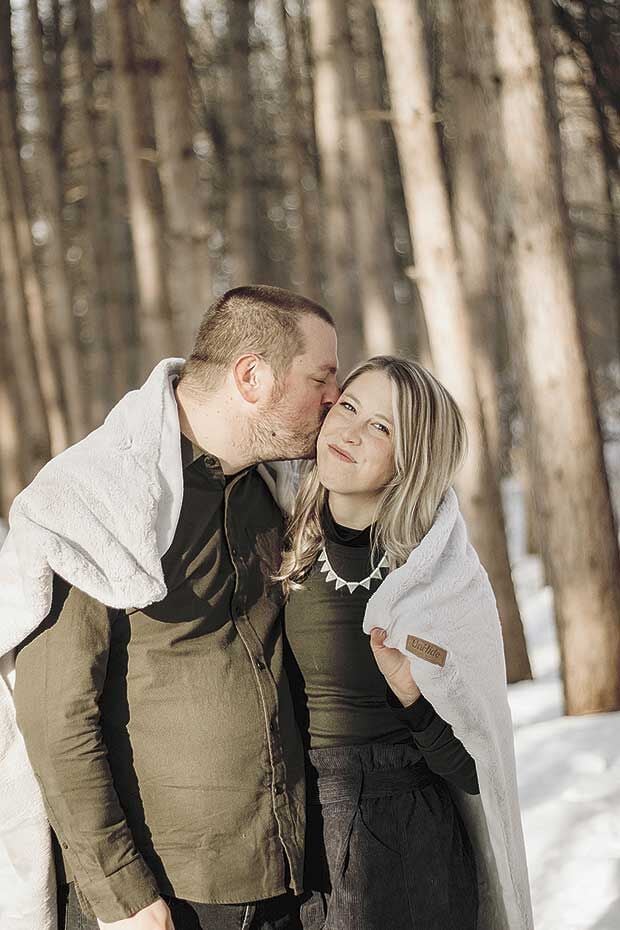 Chris Kieger and Molly Lund will get married at Como Park Zoo later this month. 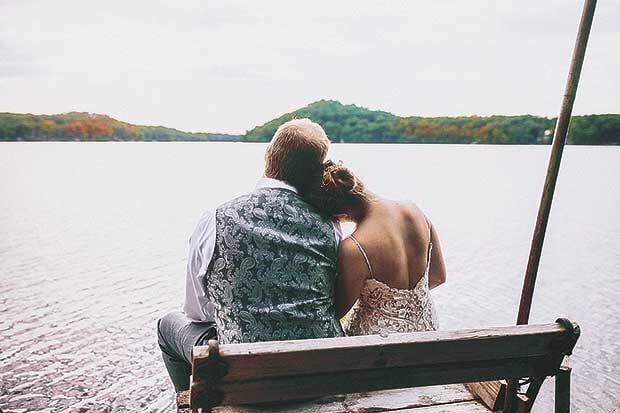 Rob Rushton and Jordan Bergman-Rushton hope to have their postponed reception this August at Kellerman’s Event Center in White Bear Lake. 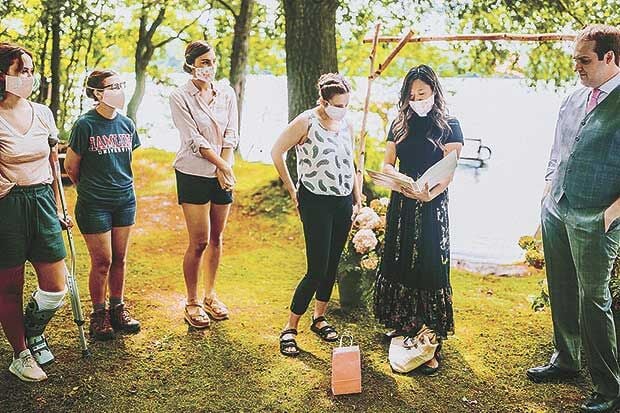 Jordan Bergman-Rushton made face masks in their color scheme for the wedding party.

Molly Lund and Chris Kieger will get married April 30 despite a last minute change of plans.

Chris Kieger and Molly Lund will get married at Como Park Zoo later this month.

Rob Rushton and Jordan Bergman-Rushton hope to have their postponed reception this August at Kellerman’s Event Center in White Bear Lake.

Jordan Bergman-Rushton made face masks in their color scheme for the wedding party.

Seven weeks before Molly Lund and Chris Kieger were supposed to say “I do,” everything turned upside down.

The Forest Lake residents were planning to get married at a small ceremony at a resort up north on April 30. In March, they found out they would need to cancel and start their venue search all over again.

Lund explained that after the couple had worked out most of the details for their ceremony, the venue let go of its wedding planner and the general manager took over. “We reached out to try to square away all of the details we had organized with the other gal,” she said. “We were not getting very clear answers, and we were getting a lot of pushback.”

Lund said they were told they would need to change their menu, so they asked some questions and inquired about menu prices and were ultimately told, “It’s probably best you cancel your event.”

At one point, Lund says the manager told them he didn’t see the point of them having such a small wedding (around 20 people).

“It was super unprofessional what the guy was saying and how he was conducting himself … How did this escalate from clarifying some things to ‘it’s best if (you) just cancel?’” Kieger said.

Lund added, “I was devastated ... I went from being super sad to super mad.”

The very next day after they were told to cancel, the couple left on a planned ski trip up north. While they were gone, Lund’s mother and sister sprang into action and found another venue that was much closer to home and — miraculously — available on April 30.

The couple will get married at Como Park Zoo in St. Paul, and their reception will be at Tria in North Oaks. “The whole thing ended up being a blessing,” Lund explained.

Lund and Kieger offered advice to couples who are planning weddings during the pandemic. “Have communication with your venue; it can help to ease your mind with planning and make you excited to get married. Unanswered questions or delays between communication can cause unneeded stress as your wedding approaches. Even if your wedding is looking different than what you may have dreamed of, it will always be the memory of a lifetime ... and it is something to be celebrated, even in a pandemic.”

Jordan Bergman-Rushton and Rob Rushton had been planning their big day for two years when the pandemic hit and threatened to change everything.

Bergman-Rushton is a 2011 White Bear Lake grad and Rushton is from Wisconsin. They became engaged in October 2018.

The St. Paul residents were planning marry on Aug. 15, 2020 at a family cabin. A large reception was planned for the following weekend at Kellerman’s Event Center in White Bear Lake. The couple decided to still get married on that date with immediate friends and family members but postponed their reception.

“We just tried to be as safe as possible,” Bergman-Rushton said. “I made everyone wedding-themed masks, and we gave everyone hand sanitizer.”

The one thing the couple was really stressing about was whether their grandparents would be able to attend the ceremony. Thankfully, one set of grandparents was able to be there for their special day.

“Just to be surrounded by family, maybe it was because of COVID, but it felt even more special that they were there. We were feeling the love,” she said. “These people were risking their lives to celebrate this day with my husband and I.”

This August, the couple hopes they will be able to gather with around 150 family and friends at Kellerman’s for their postponed reception.

Bergman-Rushton said if the pandemic has taught her anything, it is to be flexible, especially when planning events.

“Be flexible, things change all the time,” she explained. “Even if it doesn’t go exactly how you had envisioned, it is still going to be a really great day.”

81% feel the pandemic has changed their expectations for their wedding.

82% said that living through the pandemic has made them want to marry their significant other more.

2 in 3 couples had to postpone their wedding due to COVID-19.

36% of couples decided to still have their wedding during the pandemic.

47% of couples are planning to downsize their guest list.

23% of couples are still planning to host a destination wedding.

Details: Meet local, trusted vendors for your big day. Brides get in free, otherwise cost is $5 per person. Reserve your space online at https://www.presspubs.com/site/forms/announcements/wedding/tickets. Day off admission is first come, first serve. All COVID-19 protocols from the Minnesota Department of Health and Centers for Disease Control will be followed. Masks are required.