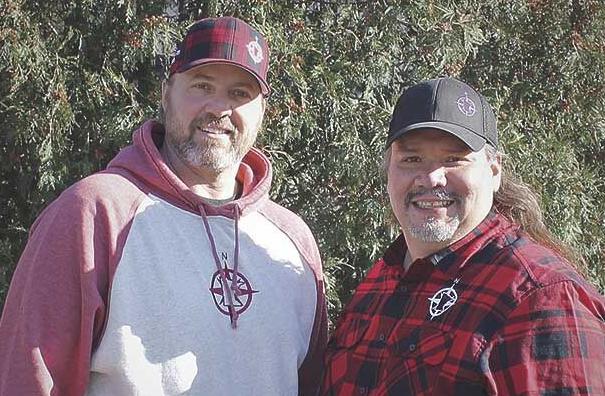 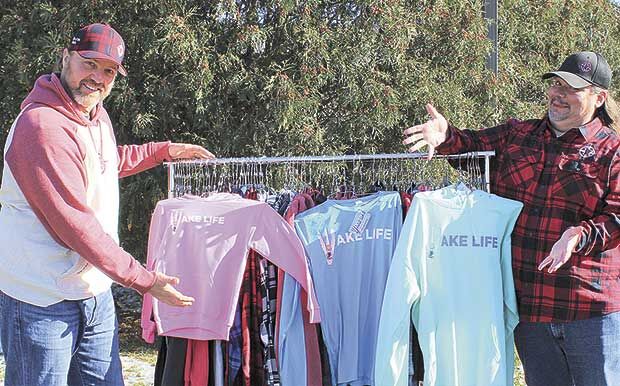 Rick Wagner and Jason Anderson launched their unique apparel lines during a pandemic. 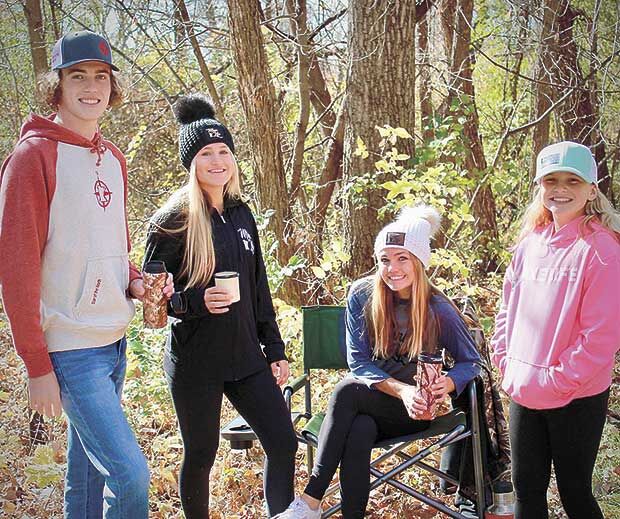 All of the models for the company are local and many of them attend Centennial Schools.

Rick Wagner and Jason Anderson launched their unique apparel lines during a pandemic.

All of the models for the company are local and many of them attend Centennial Schools.

Is it possible for a business owner and a banker to launch an apparel line in the middle of a pandemic and make it look seamless? Apparently.

Rick Wagner and Jason Anderson, both Lino Lakes residents, acquired Minn Life Clothing and subsequently launched the Wake Life apparel line in July and the Star of the North apparel line in October.

Wagner grew up in Circle Pines and graduated from Centennial High School in 1994. In the apparel industry for about 15 years, he owns Xtreme Custom Apparel and Promotions in Blaine.

Anderson worked in the financial sector when he met Wagner. “He was my banker that I would use for my business, and then it transformed into him getting out of the banking industry and coming to work for me,” Wagner recalled.

Anderson grew up in New Brighton and moved to Lino Lakes in 1998. He has two daughters, both of whom are Centennial grads. Anderson had been in the banking industry for 20 years when he decided he needed to make a change.

“It raised my children, it was a good job, but my passion has always been creating,” Anderson explained. “My mom passed away five years ago now. (One day) I was cleaning out her stuff and I came across the last birthday card she had written to me, and it hit me in the face like a two-by-four … She said, ‘Always look to the stars.’”

Anderson had found Wagner’s business fascinating, so he resigned from the bank and went to help Wagner with sales, where has been for 3 1/2 years. Last spring when the pandemic began, business really slowed down and they were “just looking for something to do,” Wagner recalled.

“I've really never worked for anyone, I've always kind of worked on my own thing and it was just one of my passions, to produce clothing and to see people out there wearing my apparel,” Wagner said.

Wagner’s two sons were the inspiration for the Wake Life apparel line. Both enjoy wakeboarding and wakesurfing. The line, which launched in July, features apparel for spring and summer, when many Minnesotans spend plenty of time at the lake.

Anderson has always been intrigued by the Minnesota motto, “L'Étoile du Nord,” which means “star of the North.” He is also a Minnesota North Stars fan. The Star of the North apparel line, launched in October, includes items for fall and winter.

“I grew up with parents who really loved showing where they were from. I’ve always loved Minnesota. It’s a great place to live,” Anderson said.

A popular item Anderson created was the “honcho,” an oversized hoodie that can keep Minnesotans warm at football games, on a boat or by a campfire. “I remember when I showed Rick for the first time, he said, ‘No, we are not making that. We will not sell one of those,” Anderson recalled.

“I went behind his back and developed it … We made a bunch of them for a show (this fall) and for not being able to sell one of them, we sold out of them in two minutes. It was crazy.”

All clothing design and decoration is done in Blaine. The brand’s models are local, too. Currently, customers can only purchase apparel online at

minnlifeclothing.com. The entrepreneurs look toward the day they can sell their product lines in retail locations.

It’s not uncommon to see Xtreme apparel around here, but Wagner and Anderson can’t wait until they start seeing MinnLife Clothing around the north metro, state and nation.