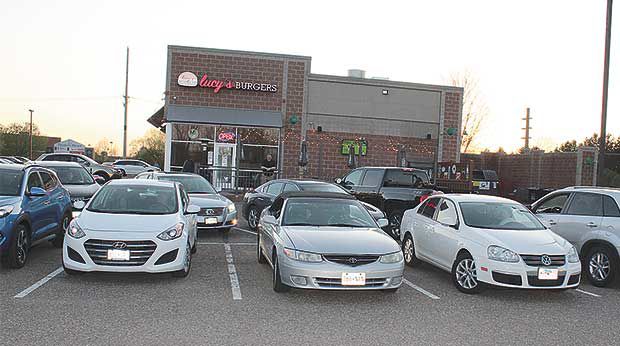 Cars filled the parking lot at Lucy’s Burgers to enjoy a meal and watch “Back to the Future” on an inflatable movie screen Saturday, May 2. 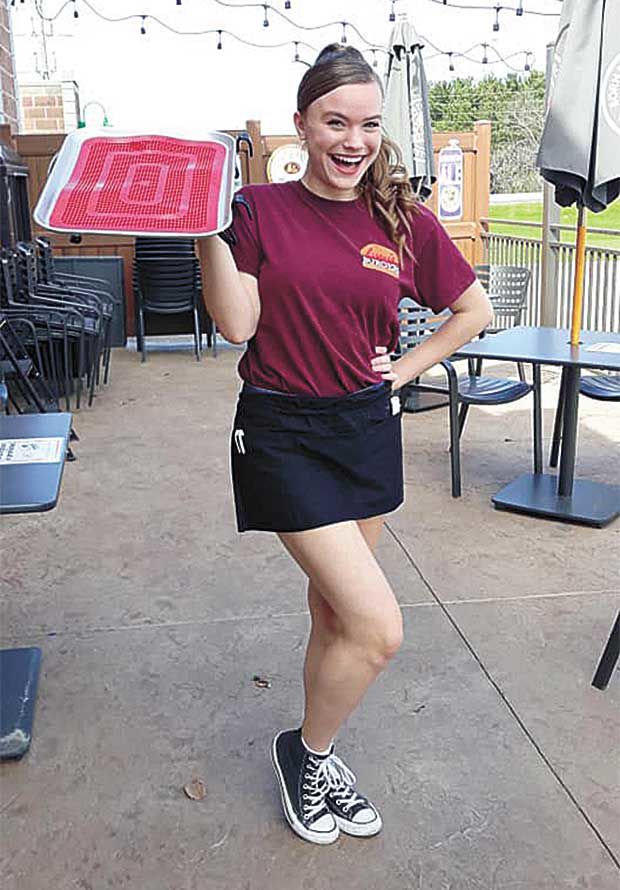 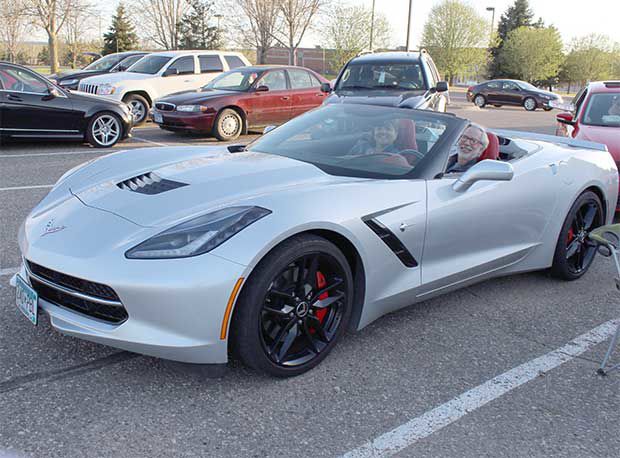 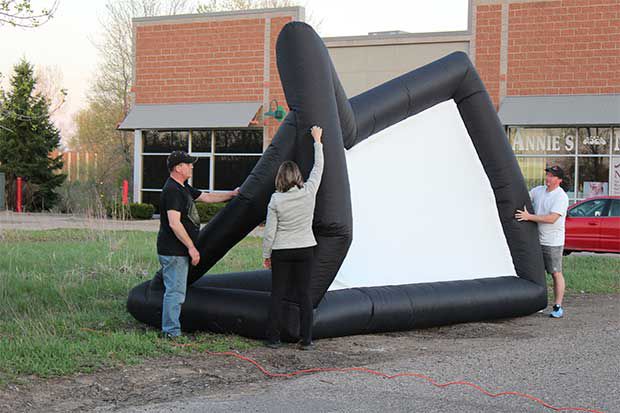 Cars filled the parking lot at Lucy’s Burgers to enjoy a meal and watch “Back to the Future” on an inflatable movie screen Saturday, May 2.

After his restaurant closed down for a month, Lucy’s Burgers’ owner Rob Scott had some time to think about what the business could do for its patrons, not only to offer a sense of normalcy but keep the doors open.

Scott, formerly a resident of North Oaks, opened the establishment in White Bear Township in March 2017. He also owns T4 Technologies, an IT consulting company that caters to the needs of nonprofit organizations.

“The last Friday (March 17) we were open, we did $240 in sales. When all this started to happen, we realized that there was not going to be a way that the restaurant could survive on take-out and delivery,” he explained. “From a restaurant economic standpoint, food is our least profitable item that we sell. Really, the restaurant is supported by beer and booze. At that point I made the decision that it was better to close right away so that my staff could get unemployment and be able to survive, versus having them work for two weeks and (then) telling them I don’t have enough money to pay you.”

Scott immediately started applying for loans/aid and fighting to receive the insurance coverage he felt the business had. Fortunately, his business received enough Payment Protection Program (PPP) funding to cover payroll for eight weeks. “I have eight weeks to figure out if we can come up with some new business operational plan that can allow us to survive in a new world.”

Scott has also started a GoFundMe page (www.gofundme.com/f/j5kbp-legal-fees) to help pay for legal fees he has paid in his fight against the insurance company.

“He (Scott) is a businessman ... but this restaurant is not all about profit for him, it is about the community,” said Lucy’s Burgers manager and Lino Lakes resident Diana Cox. “The world is evolving right now, and we have to evolve with it. Either we can make the changes and make our company still successful and still be able to help our community, or we shut our doors.”

“I was racking my brain on things we can do to get somewhat of a sense of normalcy back to people’s lives and back to the restaurant, and how we can utilize the space that we have and still function in some sort of social distancing friendly manner,” he said.

“I’m certain that even when they allow us to open for in-house dining, they are going to force us to run it at 25% capacity. I have a 100-seat restaurant and if they only allow me to put 25 people in the seats, there is absolutely no way we can survive.”

So, Scott bought a bunch of the old-school car hop trays so he could serve guests in their cars. “Then I started thinking: If we can serve people in their cars, what can we do to entertain them while they are sitting in their cars?”

Scott bought an inflatable movie screen and FM transmitter and will now offer free movies for families at sunset every Saturday. Lucy’s Burgers kitchen will remain open for orders until about halfway through the movie (this is subject to change). After the kitchen closes, candy, popcorn and bottled water will be for sale.

On Thursdays at 7 p.m., families can play trivia in their cars. Teams will text in their team name, hear the questions over the radio and text in their answers.

On Sunday mornings, River Valley Fellowship of Ministries of Lake Elmo runs a church service in the restaurant’s parking lot. During the service, Lucy’s Burgers kitchen will be open to serve breakfast sandwiches, hash browns and coffee. Communion will likely be done with individual juice boxes.

“We are pretty excited. People are looking for some sense of normalcy, even if it is not completely normal,” Scott said. “We wanted to provide something fun for families in the neighborhood while being conscious of social distancing.”

Cox said, “Everything that he is doing for the community. I believe that’s why he is so successful, is because of his emotional connection to Lucy’s.”

In addition to these fun events, the business located in the strip mall at 1190 County Road J is, of course, offering takeout and delivery (within 5 miles of the restaurant).

“Restaurants are going to have to think outside of the ‘to-go box’ to stay alive,” Scott said.

I'm not understanding why he would need a GoFundMe page to raise money for legal fees. If a lawfirm didn't take the case on a contingency fee basis (where they get paid from a portion, usually 35% of any settlement or judgement), then that's a pretty good indication that its a lawsuit that doesn't have a strong chance of success. Why even file in the first place then? From what I've read, the insurance policies are pretty clear that they don't cover business interruption where nothing was damaged and they don't cover viruses. So why would you ask for other people's money to file a lawsuit that hardly has any chance?