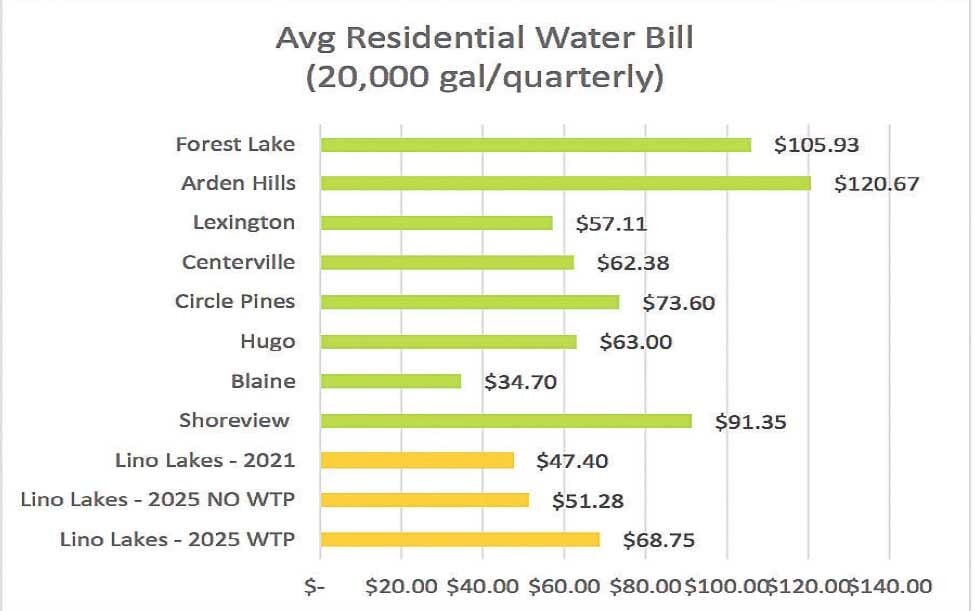 Even if the city of Lino Lakes chooses to increase water rates to help fund a water treatment plant, the average water bill would still be lower than other surrounding communities. 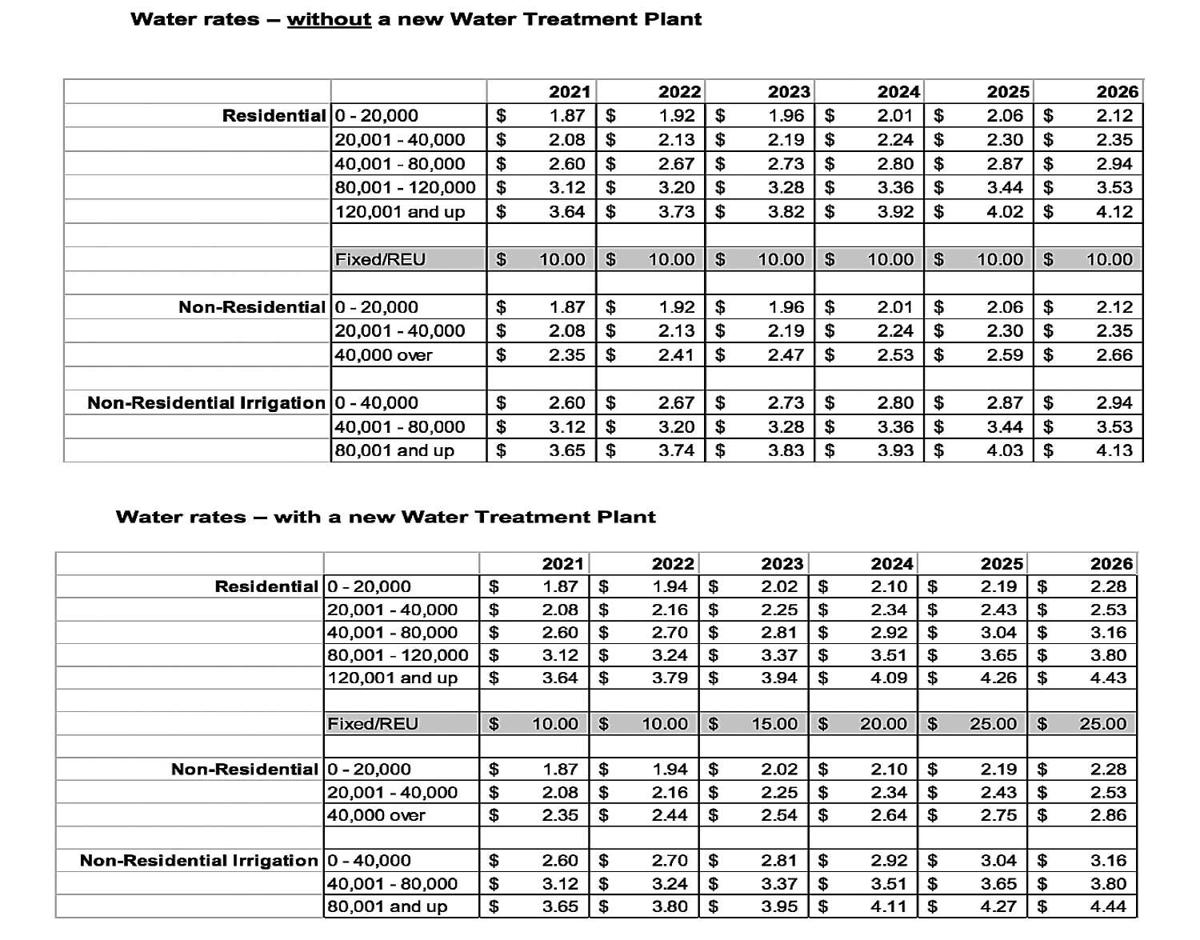 Even if the city of Lino Lakes chooses to increase water rates to help fund a water treatment plant, the average water bill would still be lower than other surrounding communities.

LINO LAKES — Residents and business owners could see some changes coming to their utility bills as soon as 2022. It is still uncertain how much utility rates will increase, however; much depends on whether the City Council moves ahead with the construction of a water treatment plant.

Previous testing by the Environmental Protection Agency has shown that some of Lino Lakes' city wells have manganese levels above the Minnesota Department of Health's recommended health guidelines (see "Lino Lakes seeks solutions for high manganese levels in drinking water," Quad Community Press, Jan. 14, 2020). In March of that year, the council authorized the completion of a feasibility study for a water treatment plant.

This past February, the City Council authorized Baker Tilly to complete a utility rate study to

examine the water operating fund, sewer operating fund and the area and unit charge funds. The consultant was asked to recommend rates to cover operations, maintenance, debt service and capital improvements, for two scenarios: with or without a new water treatment plant.

“A review of the city’s most recent financial reports for the water fund shows operating expenses exceeded operating revenues in each year, 2018 through budgeted 2021,” Kettles explained.

According to the study, the water fund ending cash and investment balance, which was approximately $6 million in 2018, is projected to decrease to approximately $5.6 million at the end of 2021.

“As was the case in the water fund, the sewer fund also shows (that) operating expenses exceeded operating revenues in each year, 2018 through budgeted 2021,” Kettles said.

Per the city’s capital improvement plan, approximately $10.1 to $31.1 million will be needed to develop, replace and purchase items related to the water utility and approximately $10.3 million for the sewer utility in the next 10 years. A big variable is whether the council decides to move forward with the water treatment plant, which is estimated to cost $21 million in 2023.

Kettles estimated that approximately $1 million would be needed each year to keep up on infrastructure renewal and replacement. If the city does not pursue rate increases at this time, the study’s projection shows the water fund would have a cash position of approximately $1.4 million, down from $5.8 million, in 2031, and the recommended reserve levels for the fund would not be met. If the city does not increase utility rates, operating losses will grow and the cash position declines from approximately $9.6 million in 2021 to $6 million in 2031.

The study provides recommendations for water rates with and without a new treatment plant, as well as sewer rates. If a water treatment plant is constructed, Baker Tilly recommends the city approve a 4% annual increase in volume charges and also increase the $10/REU (residential equivalent unit) fee by $5 annually from 2023-2025.

The council was set to accept the study at its May 10 meeting (after press deadline). It’s important to note that the council has not yet taken any action to change the water and or sewer rates or move ahead with the water treatment plant. The fee schedule, which includes utility rates, won’t be adopted until November.