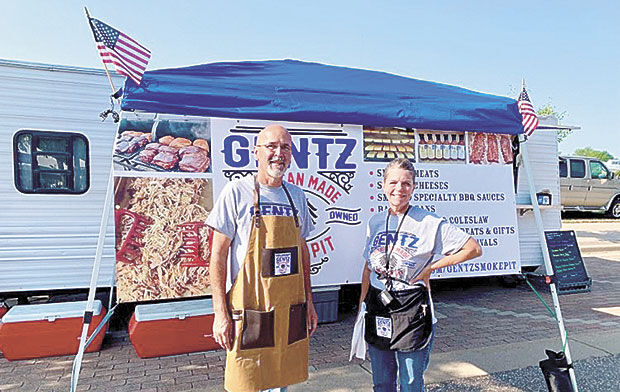 Lexington husband-and-wife duo Jeff and Marianne Gentz are known in their community for making meals for their friends and neighbors and helping folks get the meals they need during a tough time. 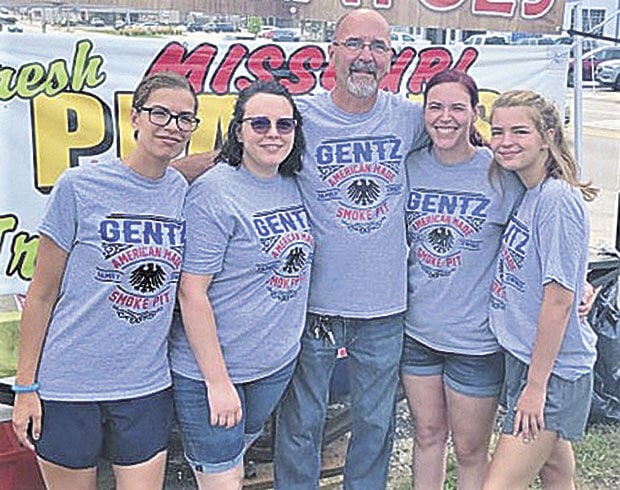 Jeff Gentz pictured with his daughters. 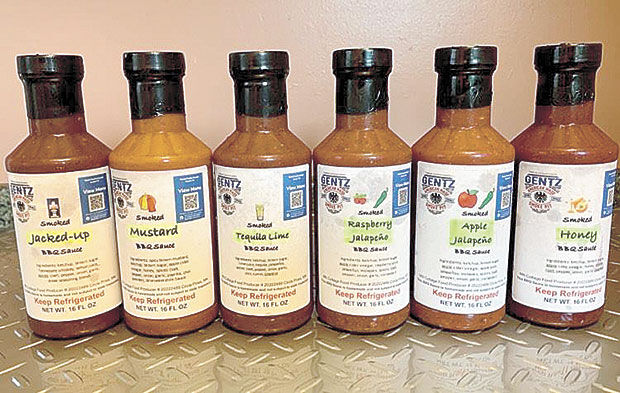 Lexington husband-and-wife duo Jeff and Marianne Gentz are known in their community for making meals for their friends and neighbors and helping folks get the meals they need during a tough time.

Jeff Gentz pictured with his daughters.

Gentz Family Owned Smoke Pit started out of a love for cooking and an even stronger love for family.

Lexington husband-and-wife duo Jeff and Marianne Gentz are known in their community for making meals for their friends and neighbors and helping folks get the meals they need during a tough time. But it wasn’t until tragedy struck that their passion for smoked meats would turn into something greater.

“Two major things happened in our life a little over two years ago that changed everything,” said Marianne Gentz, co-owner of Gentz Family Owned Smoke Pit. Gentz explains that her husband’s brother, Chad, a veteran, was unexpectedly stabbed while in Kansas City. Chad spent 18 months in intensive care after his attack. His brother Jeff wanted to find a way to keep Chad motivated after his grueling recovery.

Both Jeff and Marianne’s affinity for cooking sparked the idea to start a family business around their love for smoking meats.

The Gentz’s knew they had something good on their hands. The couple first started selling spicy snack mixes and specialty barbecue sauces, but they wanted to expand their business.

So after plenty of experience cooking for fun with generous compliments from neighbors — who told the family that they could easily sell their smoked meats — the Gentz’s took a leap of faith into the food truck biz.

The Gentz Family Owned Smoke Pit’s food truck isn’t any old food truck. Originally a camper, Marianne took the time to gut the vehicle and turn it into a fully functioning, up-to-code food truck, along with Jeff and Chad, who helped with the heavy lifting.

“My husband wanted the truck to honor his brother with him being a vet and all, so we added some USA colors to tie it all up,” explains Marianne.

It was no small task to transform the camper into the food truck the Gentz’s have today. Marianne recalls eight hours scrubbing and scraping on her hands and knees to get the truck ready to take their smoked meats across the Midwest.

Converting a camper into a food truck wasn’t the only roadblock the Gentz’s faced in starting their business. COVID shortages meant that the stainless steel they needed for their mobile kitchen was in short supply, and so were the ingredients for their recipes. Marianne says she had to go almost two months without mustard and would frequently go to the store looking for spices only to be met with empty shelves.

The business’s first official event kicked off on Sept. 18 with Ribfest 2021 in North Branch, and they’ve continued to travel around the region sharing their extensive menu of smoked meats.

To go with their meats is the Gentz’s own homemade barbecue sauce, which Marianne notes is made with love and plenty of spice. The Gentz’s carry a variety of sauces featuring unique flavors like raspberry jalapeño and tequila time barbecue to classics like honey mustard.

While the Gentz’s gear up for their next event, Marianne says to keep an eye out on Facebook for where they’ll be traveling to next.

Despite some hardships getting their business going, Marianne says that their business is all about their love of cooking and sharing that love with the community, and of course their support for Chad.

Marianne explains, “Sometimes you just have to jump in 200% to make something happen, all while having fun with it.”