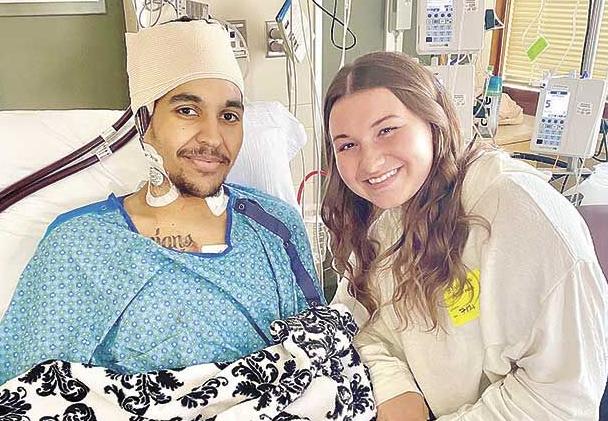 D.J. Love turns 22 years old while in the ICU. He is pictured with his girlfriend, Sarah. 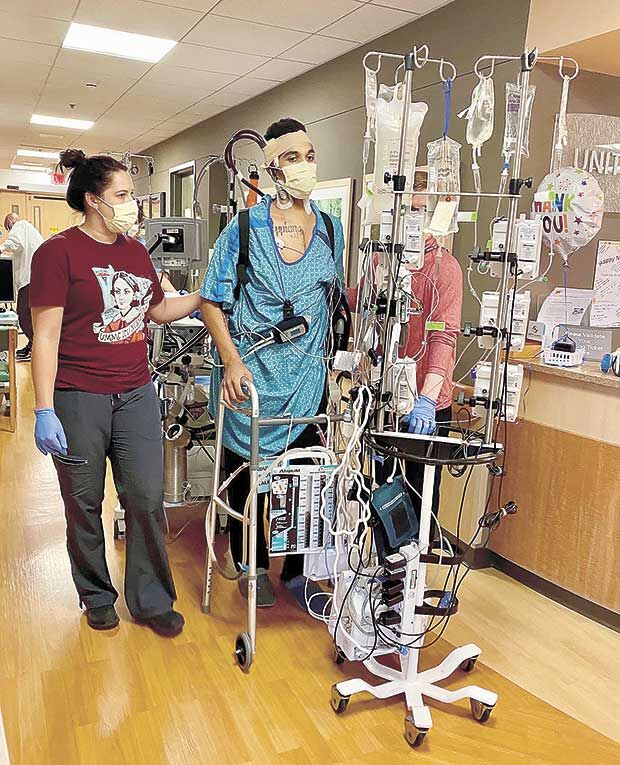 D.J. walks down the halls of the ICU for the first time since arriving in the hospital with his team of nurses. 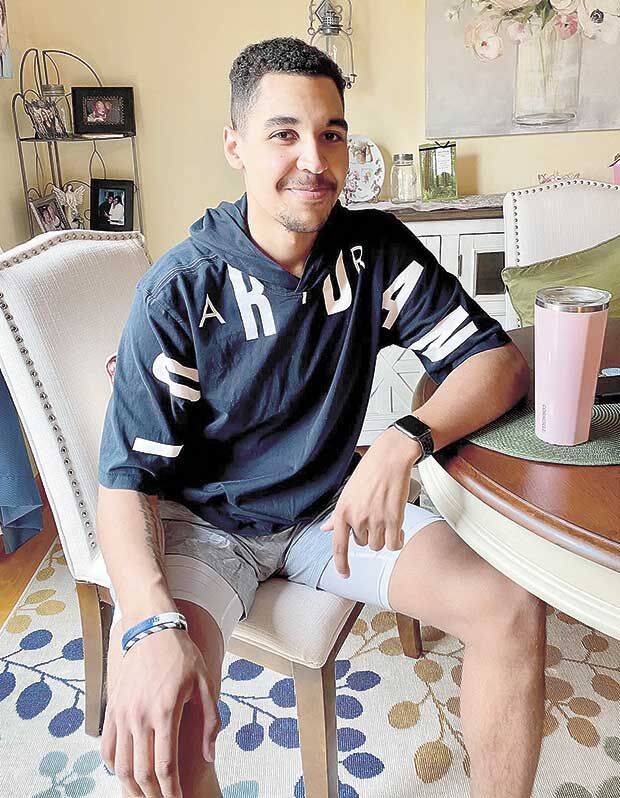 D.J. Love, a 2017 Centennial High School graduate, is the son of Susan and D. Love (mayor of Centerville). He is currently at M Health Fairview University of Minnesota Medical Center. He has a long road of recovery ahead of him.

D.J. Love turns 22 years old while in the ICU. He is pictured with his girlfriend, Sarah.

D.J. walks down the halls of the ICU for the first time since arriving in the hospital with his team of nurses.

D.J. Love, a 2017 Centennial High School graduate, is the son of Susan and D. Love (mayor of Centerville). He is currently at M Health Fairview University of Minnesota Medical Center. He has a long road of recovery ahead of him.

The main message a local family hopes to get across by sharing their son’s health scare is to never ignore the warning signs.

2017 Centennial High School graduate D.J. Love, son of Susan and D. Love (mayor of Centerville), is currently in the ICU at M Health Fairview University of Minnesota Medical Center and has a long road of recovery ahead of him.

D.J. is a senior at North Dakota State University and works as a HR process team leader for Target. In early July, D.J. was not feeling well. Susan explained that he was feeling run down, congested and sick to his stomach, and was having a hard time keeping anything down.

“He called us and told us how miserable he was. We encouraged him to go to urgent care or the ER, and that he needed to be seen,” she said.

On July 10, D.J. went into urgent care, where they performed a blood panel and chest X-ray to see if he had pneumonia. They noticed his heart was enlarged. Following an ultrasound a few days later, D.J. was immediately sent to the ER. He was having severe chest pains. Upon doing an angiogram, the doctors found a large blood clot. While doctors were trying to remove the blood clot, D.J. went into cardiac arrest. He was put on a heart machine and transferred to the Twin Cities via helicopter.

D. recalled, “We started driving to Fargo, and as we were nearing St. Cloud, the doctors called us and said, ‘You should stop and turn around. We are going to fly him back down there.” All of this came as a shock to the Loves, as D.J. has always been very healthy and active.

“He has really avoided the hospital for all of his 22 years. He’s been incredibly healthy, very active, very strong and is a former athlete,” D. explained.

As of last week, D.J. had undergone several surgeries and procedures, including open-heart surgery, surgery to remove a blood clot in his leg, a procedure to install a tube into his lung and several procedures to install different heart pumps.

Thus far, the family has not been given many answers about what may have led to all of this.

“Honestly, there's a lot of theories, but there's no actual facts that have been able to be specifically rendered as of yet. It's just a huge question,” D. said. “It is not normal for a 21-year-old who is healthy and active to have this happen, but the beautiful thing about it was that he responded accordingly, went to the doctor, got checked. If it was not for that reaction, we'd be having a different conversation right now.” (D.J. celebrated his 22nd birthday July 21 in the ICU.)

Susan added, “It would have been so easy for D.J. to continue to ignore this situation, thinking, ‘I just have a really bad flu and I’ll work through it,’ but he thankfully listened to his gut instinct and went in, and as a result he's alive today.”

The family continues to be amazed by all of the prayers, support and financial contributions from the community, family, friends and strangers. That, along with the family’s strong faith in God, has carried them through.

“We have thousands of people praying for us through many, many prayer chains and the power of God at work in saving his life and guiding the doctors with wisdom and giving D.J. courage and strength,” Susan explained.

D. added, “The myriad of people in the community and everywhere else, it's just been absolutely incredible and it's been inspiring and very powerful. It is helping us make it through some very difficult times.”

D.J.’s colleagues set up a GoFundMe account to help cover expenses during his recovery. As of press deadlines last week, the fundraiser had raised $23,000 on a goal of $10,000.

“At his age, you live paycheck to paycheck …  It’s been incredible how people have donated so that D.J. can recover and not have to worry about the stress of paying his bills, car note, rent, utilities and college tuition,” Susan said. “With this special account, he's really able to rest and heal and focus on physical therapy and regaining his strength and not have to worry about financial strain.”

Once D.J. is able to leave the ICU, he will spend time in the hospital’s cardiac unit. At this point, it is really uncertain how long D.J. will remain in the hospital, and how long it will take him to make a full recovery and get back to a semblance of normal life.

“It could be anywhere from three to six months before he’s able to get back to a normal living situation … but what he knew as normal before will be different,” D. said.