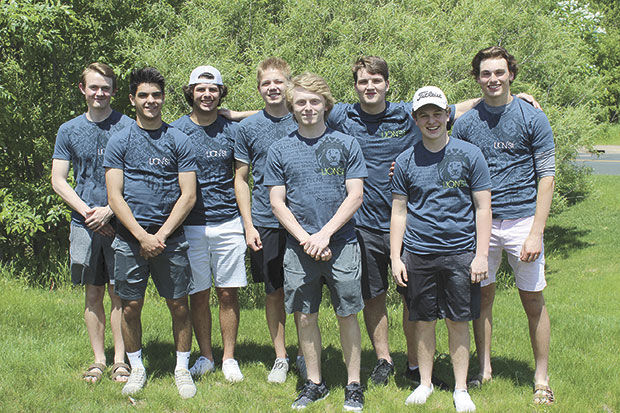 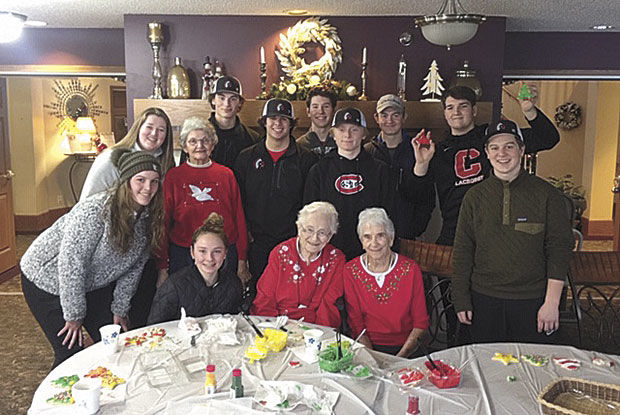 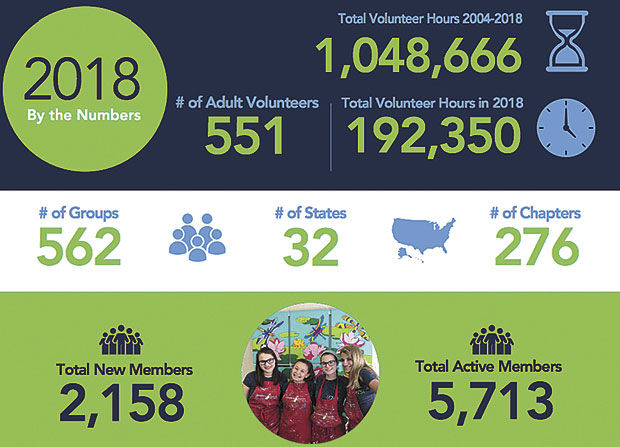 Five members of the 2020 Centennial High School class were looking for ways to improve the community and stumbled across a national nonprofit organization called Lion's Heart. The fall of their freshman year, the boys founded the first chapter in Minnesota and named it Lino's Lions.

“Me and my group of buddies were just looking for ways to improve the community. We figured Lion's Heart was a well-known organization, so we wanted to start our own chapter,” said Cole Jackson, who was a founding member. “We started out with five members and we have added some and lost some.” Currently the group has nine members, many of whom have stuck around for three, going on four, years.

Lion's Heart was founded in 2004, by Terry Corwin and her son Spencer, then 13. While on a road trip, the mother and son were talking about avenues for Spencer and his friends to give back to the community. Terry concluded that there was not an organization in the area that provided a broad-based platform to do so.

The nonprofit organization mobilizes teen members to volunteer in their communities and thus develop leadership, empathy, humanity, passion and courage. In 2018, Lion's Heart had a total of 276 chapters operating in 32 states who volunteered 192,350 hours. Every member is required to put in a minimum of 30 hours of volunteer work a year.

North Oaks resident Chantel Scherman, formerly of Lino Lakes, is the chapter's class coordinator. Chantel said her son Rawley Scherman, the other founding member, has put in close to 120 hours this year.

Lino's Lions has helped out with landscaping projects, cleaned up parks and yards, decorated cookies with seniors, collected and mailed Halloween candy to military members and volunteered at various events including the Centennial Middle School PTO Glow Run and places such as Feed My Starving Children and the Hugo Good Neighbors Food Shelf.

“Lion's Heart is about being a well-rounded individual. It teaches them to be leaders in their community,” Chantel explained. “I think in the world that they largely have grown up in, it is a very natural tendency to revert to social media. The connectivity, interactions and social interactions are very different. This draws them away from that world for a little bit of time and shows them something greater than themselves. It gives them a purpose.”

Since the 2016 founding of the first chapter in Minnesota, additional boys’ groups, including the class of 2021 and 2022, and a girls group of 2022 have also been established. In all, the Lino Lakes chapters have contributed 2,290 volunteer hours in their brief existence.

Six other Minnesota chapters, in addition to Lino Lakes, are now on the map as well including: Eden Prairie, Lake Elmo, Maple Grove, Rochester, St Paul and Woodbury. More chapters will likely form as the word spreads about how teens can serve their communities.

“These kids all have very demanding lives with school and activities. Many are involved in competitive sports,” said Rawley's dad, J. Scherman. “Seeing that competitive spirit directed to community betterment are the types of lessons we all hope would come from athletics, and Lion’s Heart is a great avenue to direct their drive and desire to give back.”

Chantel added, “After four years it has been surprising that they have been able to stick together. Despite their busy schedules, sports, academics and family life, they are still able to find time for this and make it a priority.”

Lino's Lions meets six times a year and typically volunteers once a month. The chapter is now working on its next volunteer opportunity, which members hope will be a project with Habitat for Humanity. For more information about Lion's Heart, visit lionsheartservice.org.