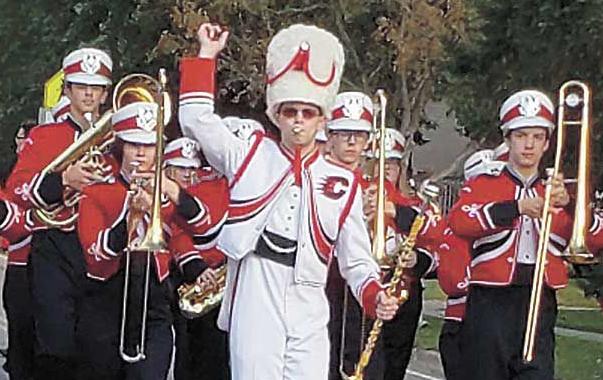 Drew Ratz was drum major with the Centennial marching band. 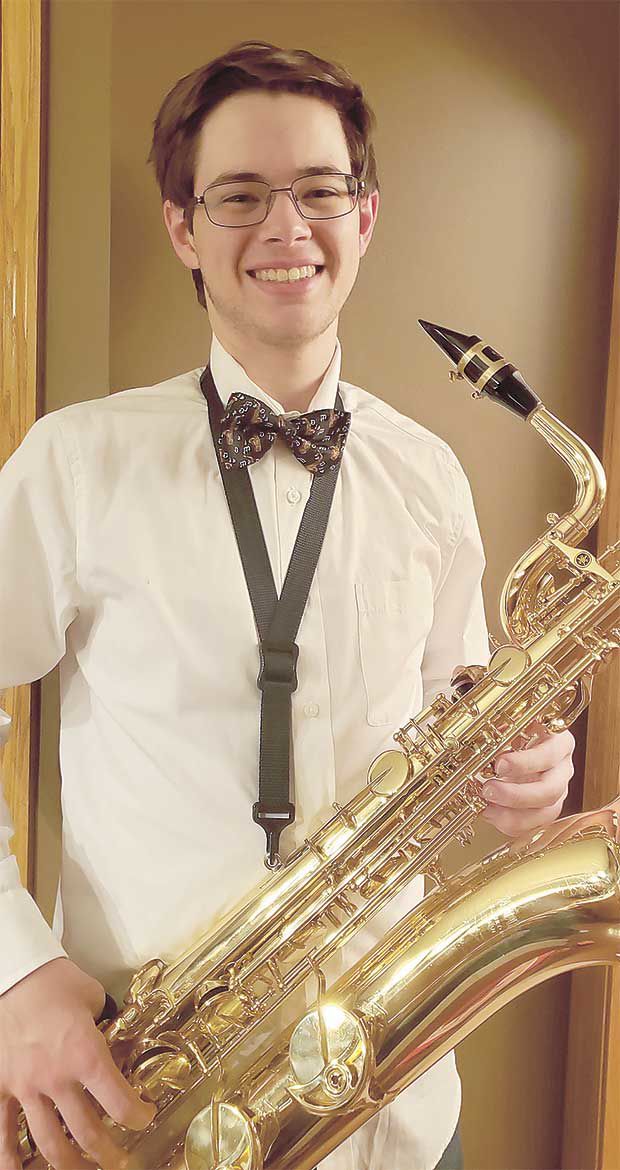 Drew Ratz poses with his signature instrument, the baritone sax.

Drew Ratz was drum major with the Centennial marching band.

Drew Ratz poses with his signature instrument, the baritone sax.

"Music is special because of the joy it brings and how it brings people together,” Ratz declared in a scholarship application.

"Any day that music can be made, especially in high school, is a good day."

The Centennial senior plays baritone sax in Wind Ensemble, the top band at the school. He was drum major in the fall marching band. He graced the jazz band, woodwind choir and pep band. In the latter, he was often seen leading a cheer.

Ratz was one of 22 saxophone players selected for the All-State Symphonic Band.

“Drew is an outstanding student musician and a great leader, full of energy and (with) a huge smile,” said Becky Weiland, band director, in nominating Ratz for this feature.

Away from band, Ratz played lacrosse from sixth to 10th grade but gave it up to have a job instead, leaving himself “almost entirely a band nerd now.”

Ratz started playing alto sax in sixth grade, A year later, his teacher, Mrs. Ringen, brought some instruments for the students to try. One of them was the baritone sax.

Asked what it takes to play well, he explained:

“Patience helps, especially with tone and getting good at playing quickly, just because those are things that need to be refined over practicing. Breathing is important because all low-register instruments take a lot of air and lung pressure to create good and stable tone.”

Pushing air with your chest, and truly breathing with your lungs, are things that “anyone who plays low instruments, especially tuba, will know what I mean.”

Ratz also plays alto, tenor and soprano sax and is learning clarinet. In the past, he took lessons in bassoon, flute and piano.

He comes from a musical household. Drew’s sister Julia plays clarinet in the Wisconsin-Eau Claire college band. His brother Alex played alto sax in the University of Minnesota marching band, for which Drew recently auditioned. When they were younger, his mother Kari played piano and his father Craig played the violin.

If he had to pick a favorite kind of music, he’d lean toward jazz “because I really enjoy the baselines to most jazz songs, and the tight-knit community of my school’s jazz band is a nice family to be in.”

His two favorite songs to play are “Bayou Breakdown” — “a fast and upbeat song that was challenging at first but morphed into wicked fun” — and a four-part symphony called “Slavyanskaya” — “a truly fun piece that anyone should give a listen to if they enjoy band music, even in the slightest.” He picked up the latter song at all-state camp last summer.

Ratz plans to attend the University of Minnesota to study ecology, evolution, and behavioral biology. He also plans to join the marching band and, possibly, a small ensemble or jazz band. He likes the “big picture” of biology and would like to work in that field. If biology doesn’t pan out, he said, he’ll likely go into music, probably as a teacher.